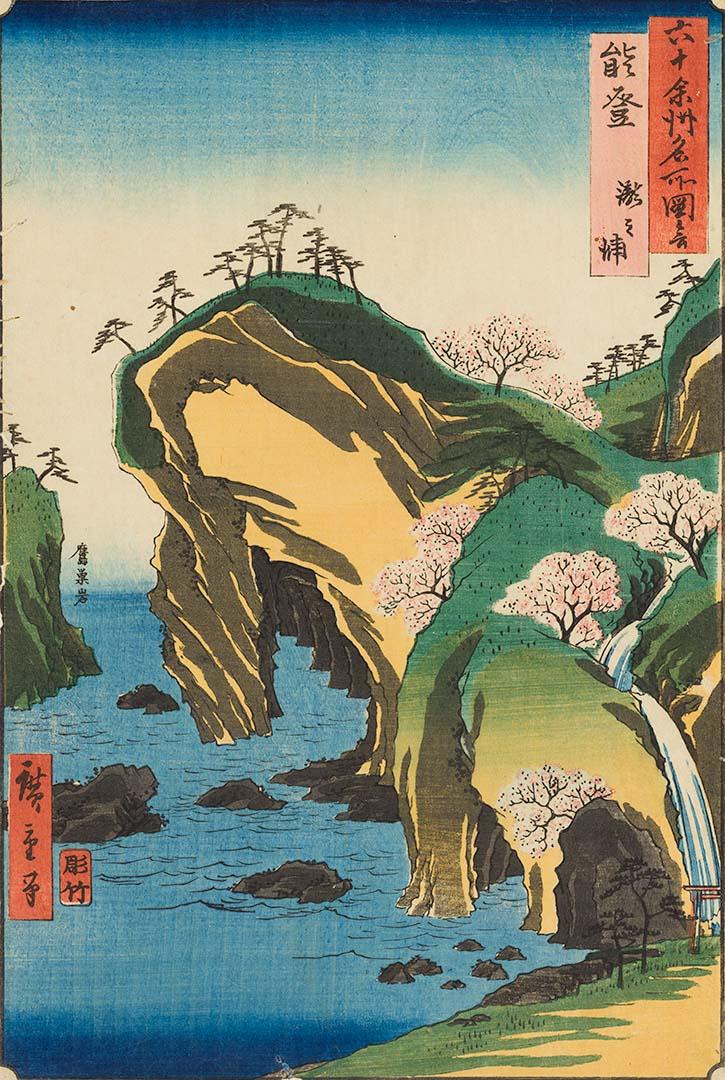 For information on ukiyo-e prints see Acc. no. 1989.015.001 'Additional information'. "Hiroshige: this last major master of the Ukiyo-e School was born in 1797, son of an Edo fire warden. Hiroshige succeeded to his father's hereditary post early but in 1811 entered the studio of the ukiyo-e master Utagawa Toyohiro, soon receiving the 'nom d'artiste' Hiroshige. His first published work, in the field of book illustration, dates from 1818; during the following decade Hiroshige published capable work in the field of figure prints: actors, warriors and girls. From the year 1831 he began (under the influence of the great Hokusai) the series of landscape that were to make his name: 'Fifty-three stations of the Tokaido', and later 'Famous views of Japan', 'Famous views of Kyoto', 'Eight views of Lake Biwa', 'Sixty-nine stations of the Kiso Highway'. Though not the prodigious eccentric that Hokusai was, Hiroshige nevertheless made a large contribution to the development of the landscape print, as well as to the field of flower-and- bird prints (these revealing his inclination toward the Kyoto Shijo School more than toward ukiyo-e). "In effect, Hiroshige consolidated the landscape form and adapted it to popular taste, thereby diffusing the form to all strata of society. But eventually this also led to overproduction and declining standards of quality. At his best, however, Hiroshige was a master of the impressionist, poetic view of nature, and he remains the best-loved of all Japanese artists. Among his pupils were Hiroshige II, Shigekatsu, Shigekiyo and Hiroshige III." Edited extract from: Lane, Richard. 'Images from the floating world: The Japanese print'. Alpine Fine Arts Collection, London, 1978, p.229. This typical landscape by Hiroshige is believed to belong to the last phase of his career. 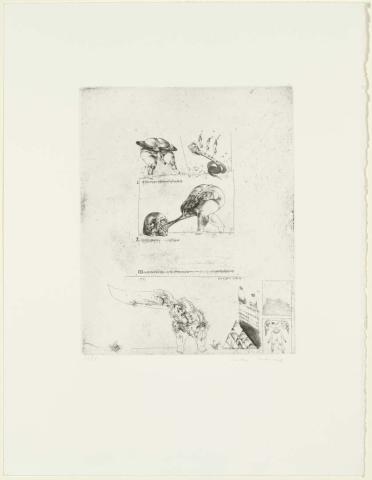 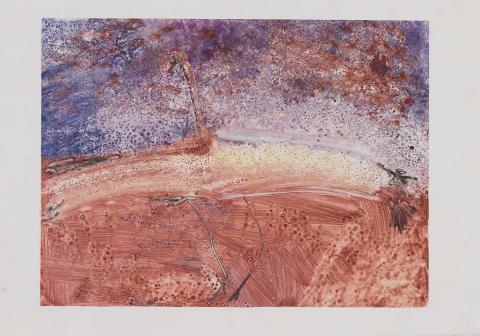 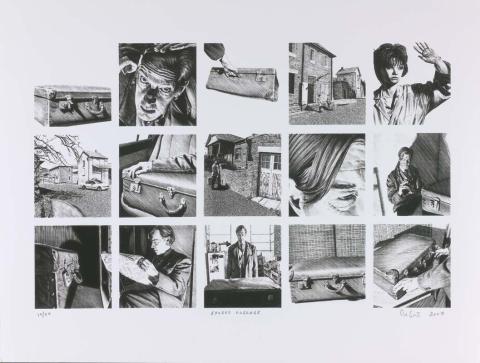 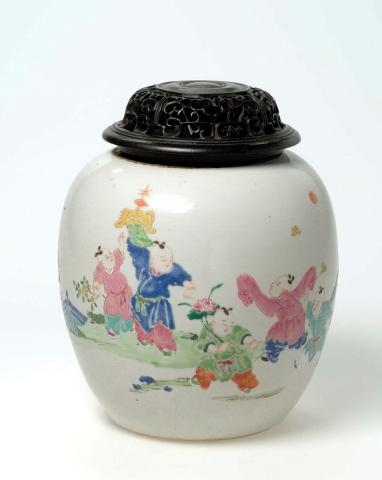 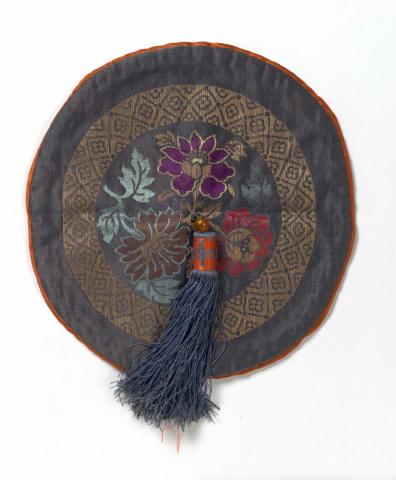 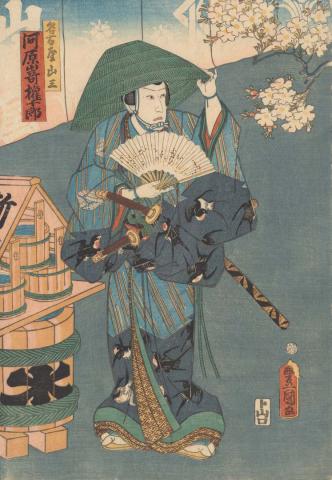