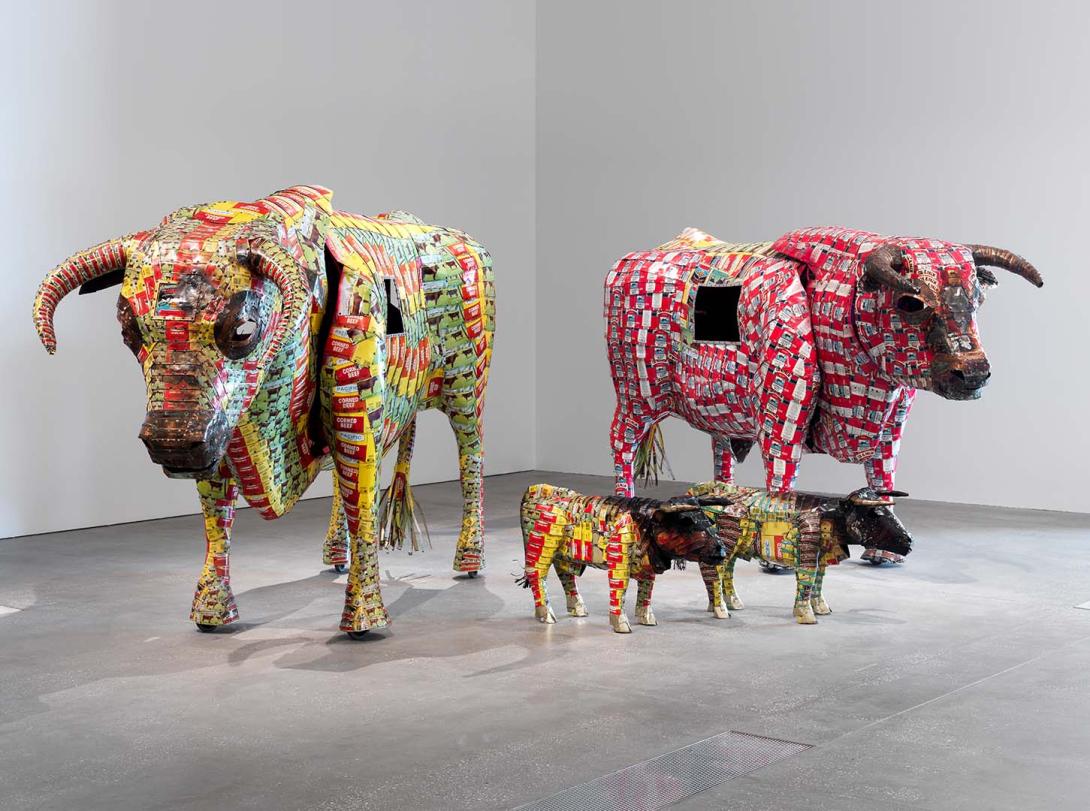 Michel Tuffery is one of the Pacific's most established contemporary artists. He is celebrated for his witty and insightful comments on the cultural, environmental and political issues of the region.

Povi tau vaga (The challenge) 1999 consists of four bulls made from branded corned-beef tins. These bulls became part of a major collaborative project between Tuffery and Patrice Kaikilekofe (Futuna/New Caledonia) at the Queensland Art Gallery's 'Third Asia-Pacific Triennial of Contemporary Art' in 1999. The performance brought together dancers from the island of Futuna, as well as local performers from the Samoan community and Indigenous people from Brisbane.

With this work, Tuffery comments on some of Polynesia's major ecological and dietary problems resulting from increased modernisation. Changing eating habits, for example, afforded corned-beef the status of food staple and ritual gift.

In the Povi tau vaga performance, the two larger bulls represented Polynesia and French Polynesia (Tuffery and Kaikilekofe's respective regions), and were used as metaphors for social tensions within islander communities.