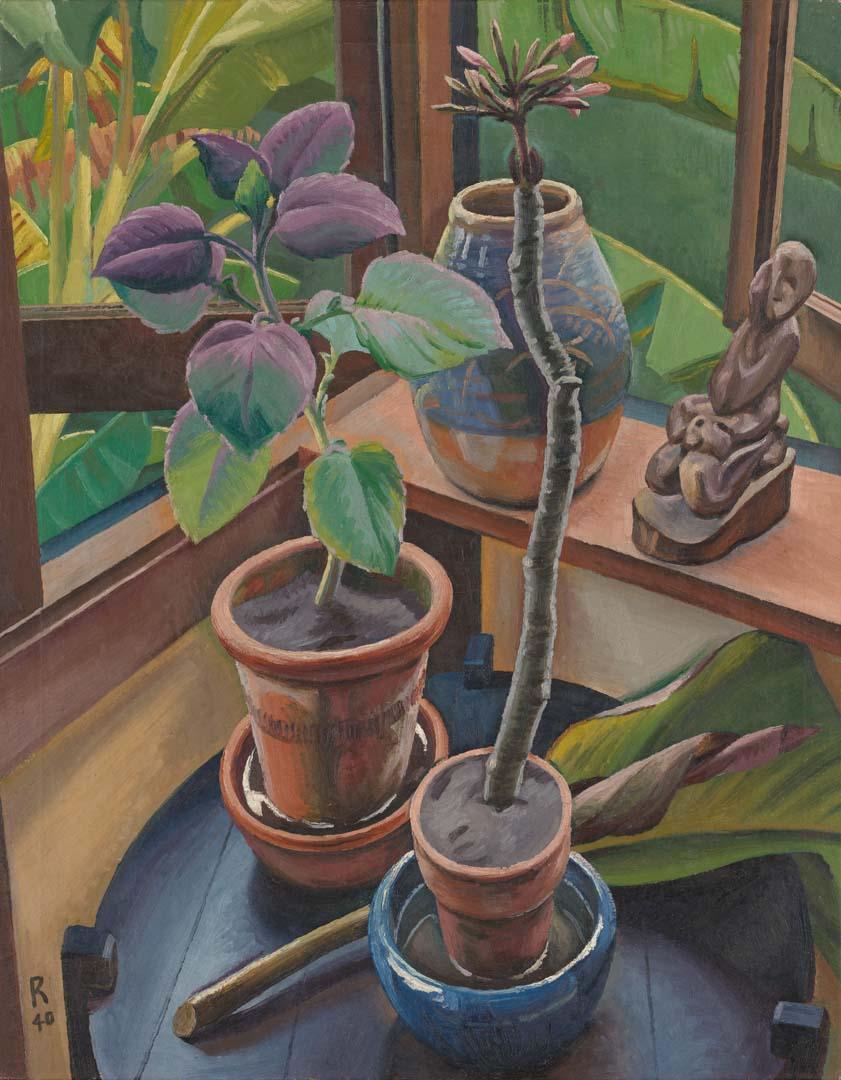 Harold Frederick Weaver Hawkins was born in Sydenham, London, in 1893. His father supported his desire to become an artist and recognised his talent, arranging for Hawkins to attend extracurricular art classes. He subsequently enrolled at the Camberwell School of Arts and Crafts; however, these studies were cut short by the outbreak of war. Having enlisted in the British Army Hawkins was severely wounded at the Battle of the Somme on 1 July 1916, later writing, 'The whole place roaring with flames, a wonderful sight... gas... we were to be a sacrificial attack... the men with me were killed. I was left for dead... crawled back for two days'. He endured 20 operations to repair his damaged body and, although his arms were saved from amputation, he lost the use of his right hand. He began to draw again while convalescing, teaching himself to work with his left hand, of which he still had partial use. After being discharged from hospital, Hawkins studied briefly at the Bristol School of Art, at the Westminster School of Art, 1919-22, and the Royal College of Art, 1921- 22. His British Army pension allowed him some freedom and, along with his wife and young family, he spent several years travelling through France, Italy, Spain, Malta, Tahiti and New Zealand, before settling in Australia in 1935. Hawkins became known for his stylised paintings of landscapes and figures, which reference the work of the English Vorticists whose work he had known as a student. He first exhibited in Australia in 1941, showing work in the Contemporary Group exhibition at the Blaxland Galleries, Sydney, and from 1943 to 1972 was a regular exhibitor in the Archibald, Wynne and Sulman prizes. Hawkins also exhibited widely in New South Wales, winning several awards for his work, including art prizes at Albury (1950 and 1959), Taree (1955), Warringah (1956), Mossman (1958 and 1960), Muswellbrook (1966) and Hunters Hill (1971). In 1977 Ron Radford, then director of the Ballarat Fine Art Gallery, recognised the importance of Hawkins's contribution, mounting a retrospective of his work and describing him in the accompanying catalogue as 'one of the finest and most original mid-century painters working in Sydney'.(1) The exhibition, which opened at Ballarat just after Hawkins's death, toured to 12 venues in three states and paid tribute to the artist's achievements across a broad range of media, including painting, drawing and printmaking. Hawkins is represented in the collections of the NGA, AGNSW, AGSA and regional galleries in Ballarat, Bendigo, Geelong and Newcastle. 'The round table' is a striking modernist painting, and a fine example of Weaver Hawkins's mature style. Though clearly representational, the vertiginous tilt of the table-top towards the picture plane, and the angles formed by the panels of intersecting wood, reference a cubist approach. The work was exhibited in Hawkins's first Australian exhibition, the 1941 Contemporary Group exhibition held at The Blaxland Galleries, Sydney, and in his two retrospectives held at the Art Gallery of New South Wales (1976) and the Ballarat Fine Art Gallery (1977). Despite the trauma Hawkins had suffered as a young soldier he remained remarkably optimistic, and went on to attain great personal happiness. These contrasting life experiences are reflected in Hawkins's paintings, which depict either the horror of war and social persecution, or scenes of domestic harmony. 'The round table' fits definitively into the later category and was painted at Hawkins's home at Mona Vale, Sydney, which in the 1940s was 'an area of natural bush, tropical vegetation, market gardens, and semi-rural suburbs'.(2) Absent from this painting are the thick, black outlines that frequently dominate Hawkins's more sombre compositions, with many of the forms edged instead with glowing light. The sense of hopefulness that this conveys is enhanced by the potted frangipani frond in the foreground, stunted and grey after its winter hiatus yet springing back to life. This central motif may serve as a metaphor for Hawkins himself, who cheated death on the battlefield and overcame the limitations of crippled limbs to enjoy a long and successful artistic career, and a life of familial concord. Other elements in the composition also allude to regrowth and regeneration. These include the immature coleus shooting up towards the open window, the gravid vase on the sill and the lush, green fernery visible through the glass panes. The African figurine that appears to the upper right of the composition is used as a decorative element - similar figures appear in other works including '(Interior, Mona Vale: Rene reading)' 1944 (AGNSW) and 'Congo figurine' 1958. Biography and essay by Samantha Littley, Curator, Australian Art to 1970, Feb. 2005. 1. Radford, Ron. 'Weaver Hawkins, 1893-1977: Memorial retrospective exhibition 1977-1979'. Ballarat Fine Art Gallery, Ballarat, 1977, unpaginated. 2. Chanin, Eileen and Miller, Steven. 'The art and life of Weaver Hawkins'. Craftsman House, Roseville East, 1995, p.59. 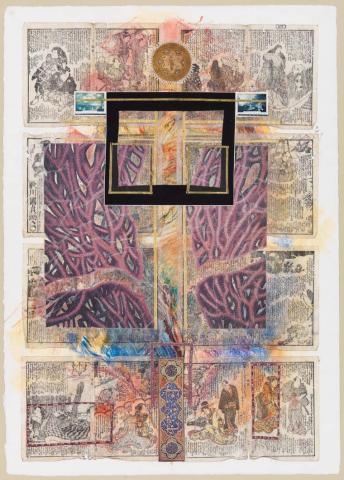 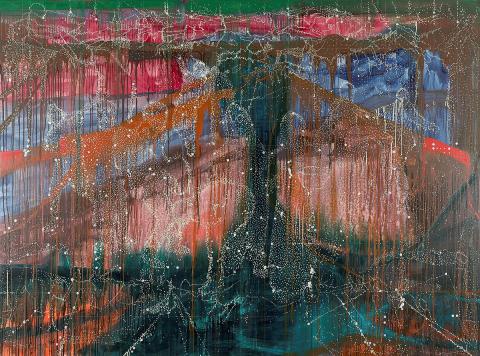 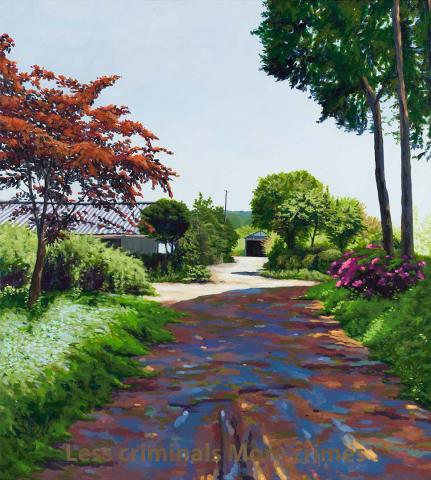 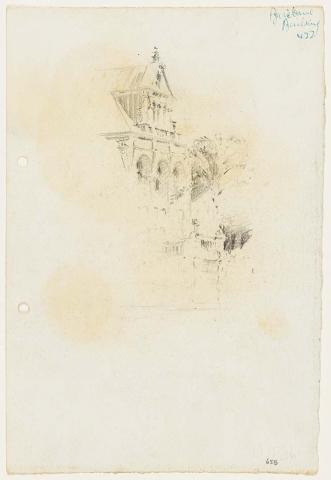 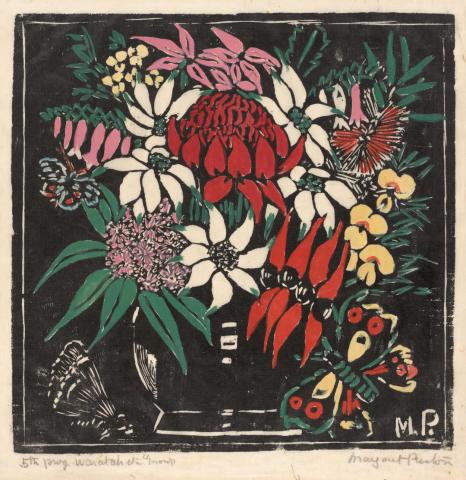 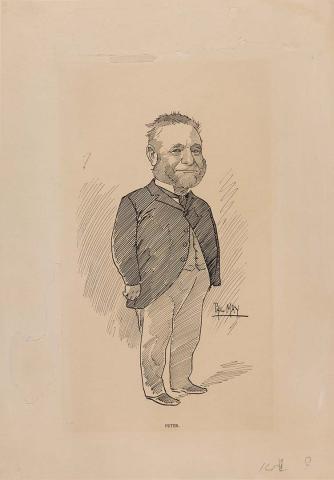