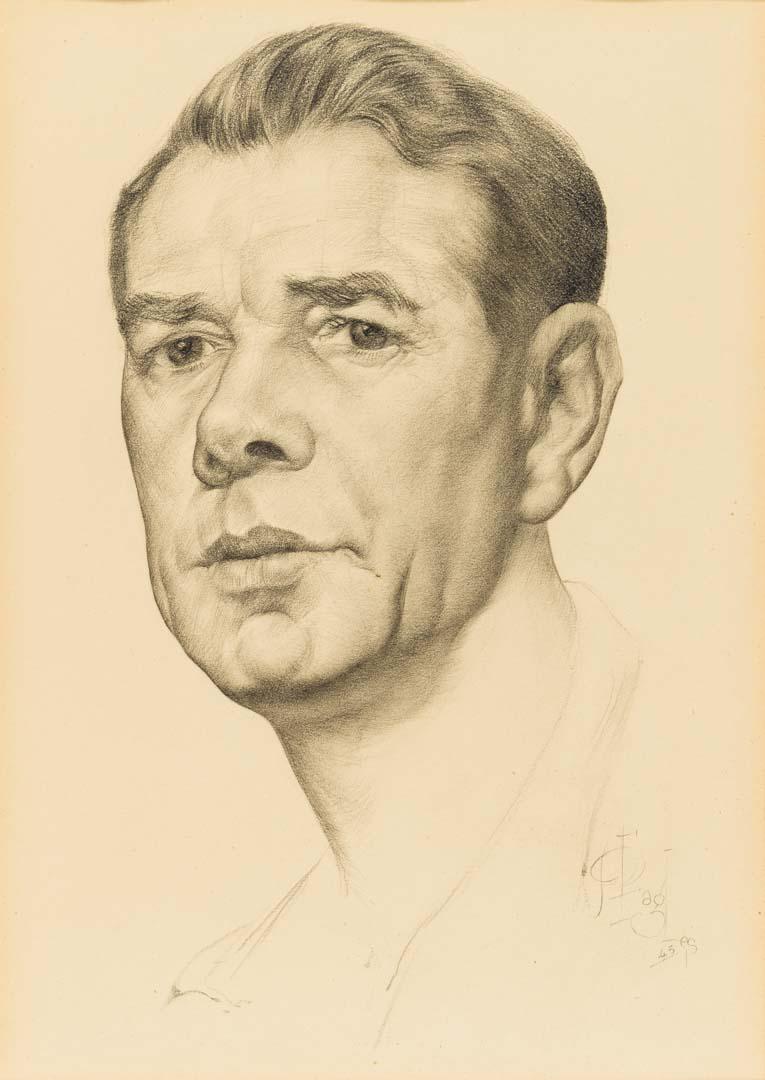 Thomas Percy Eagles was born in England on 9 March 1900. There is no record of when he came to Australia or of his early studies but apparently he took classes with Dattilo Rubbo at the Royal Art Society, Sydney. (These classes were conducted by Rubbo for a period of twenty-eight years.(1)) He produced lithographic posters for Warner Brothers film releases during his years in Sydney as well as contributing drawings to the 'Bulletin' and 'Smith's Weekly'.(2) Eagles came to Brisbane in 1934 when he joined the staff of the 'Sunday Truth' and for many years provided a weekly pencil sketch of a prominent Brisbane identity for the paper's 'Personality of the Week'. Presumably the sketches of Hubert Edward Brown and John Cooper (Acc. nos 2:1104 and 2:1299 respectively) were included in the series. He worked for an advertising agency from 1960 and on 28 January 1964 was appointed to teach freehand drawing, light and shade drawing and hand lettering as part of the Diploma in Commercial Art at the Central Technical College. According to one of his students, Mal Enright, he had a close connection with Eric Roberts who taught lettering at East Sydney Technical College. Further, Eagles 'changed the whole paradigm of drawing for his students.'(3) He retired on 30 June 1966 and set up a small gallery 'The Rumpus Room Art Gallery' in his Gaythorne home but, unfortunately, died the following year. Subsequently a survey exhibition of his work, 'Autobiography of an artist', was held at T.C. Beirne's Gallery, Brisbane, 8-18 January 1968. He was a member of the Royal Queensland Art Society (1943-57) and of the Half Dozen Group of Artists (1947-55), exhibiting portraits and landscape paintings with these groups. During the years of World War II he also produced portraits of service people. This 'Self portrait' was acquired from the 1943 annual exhibition of the Society. His landscape subjects were within easy reach of Brisbane and, according to contemporary reports, were colourful and competent. His work was included in the 1951 'Exhibition of Queensland Art' at the Queensland Art Gallery and he exhibited occasionally in prize competitions such as the H.C. Richards Prize 1953, the Redcliffe Art Contest 1962 and the Royal National Association 1962 and 1964. Eagles was a very private man. He was also a champion ballroom dancer. According to his students he drew constantly and it is in his pencil portraits that the astonishing skill and technique can best be appreciated. There would be few contemporary artists who could replicate the technical skill and intensity of expression demonstrated in these works. Glenn R. Cooke, Research Curator, Queensland Heritage, Mar. 2001. 1. McCulloch, Alan. 'Encyclopedia of Australian art Vol. 2'. Hutchinson, Melbourne, 1984, p.1053. 2. Interview with former student, Leonard Brown, 5 Mar. 2001. 3. Interview with former student, Mal Enright, 7 Mar. 2001 Born: 1900; died: Jan. 1967, Gaythorne. 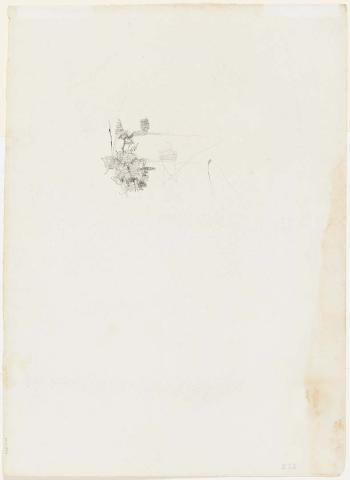 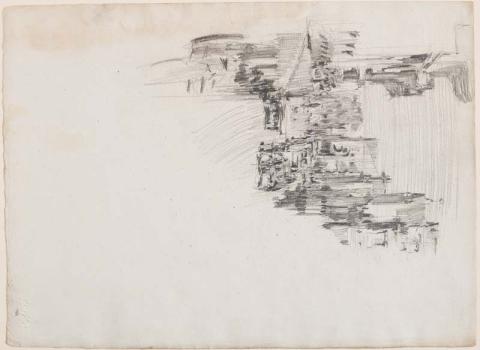 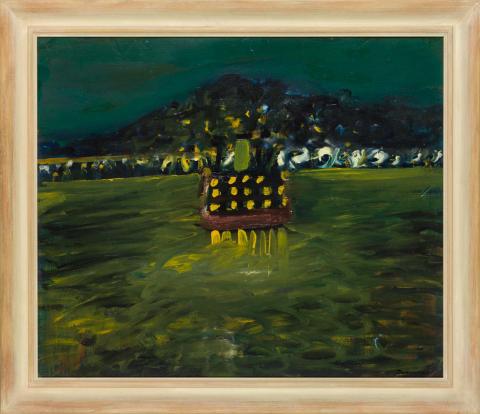 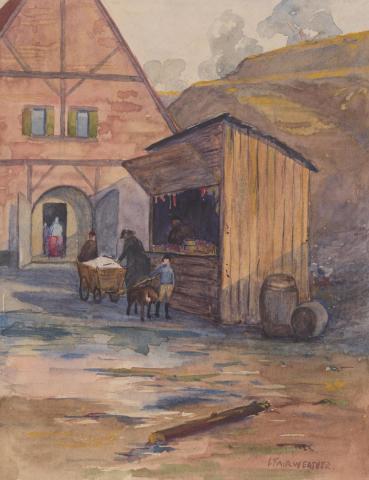 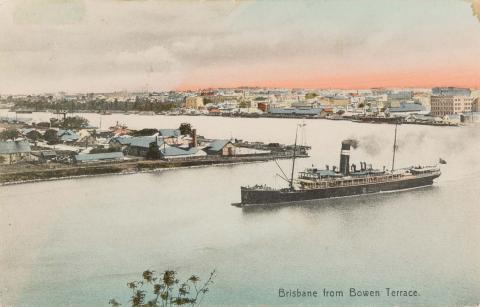