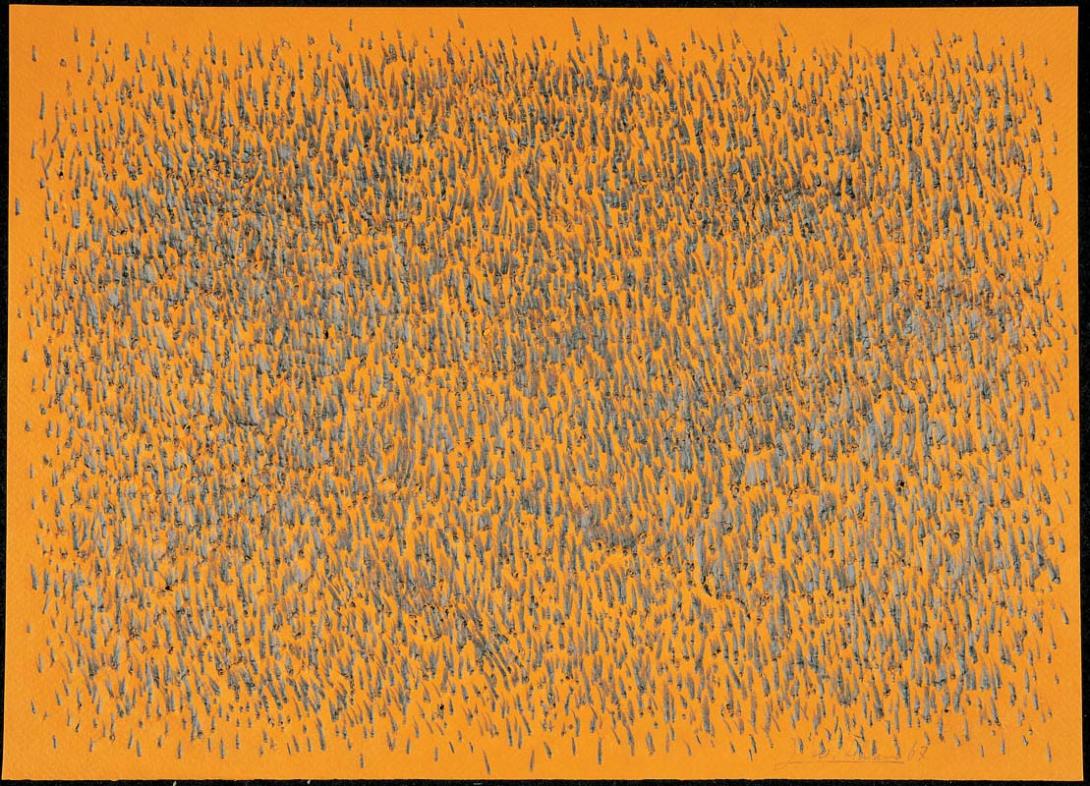 From 1963 to 1966 Lee Ufan began exploring the materiality of pigment and ground stone. In these early works, produced at a time when action painting prevailed in the Japanese art world, Lee focused his interests on the relationship between materials and surface, marking the beginning of what has now become his unique practice. In Push up 1967, the density of pencil marks on paper brings the background of washi (traditional Japanese paper) to the fore, as if it is 'thrusting up from the surface... Lee's works seems to be treated as a cue to the revelation of the world. The more the surface is foregrounded, the more intense the cosmic image upon it grows. Amplifying the materiality of the picture-plane paradoxically serves to evoke the infinity of space in the work. Lee aspires both toward the concrete and the transcendental, a world view which is no doubt one of the bases of his art.'(1) Push up has an intensely worked surface, in sharp contrast to the drawing From point, 1972 (Acc. no. 2004.297). Here, the formality that characterises Lee Ufan's practice of the early 1970s is apparent.