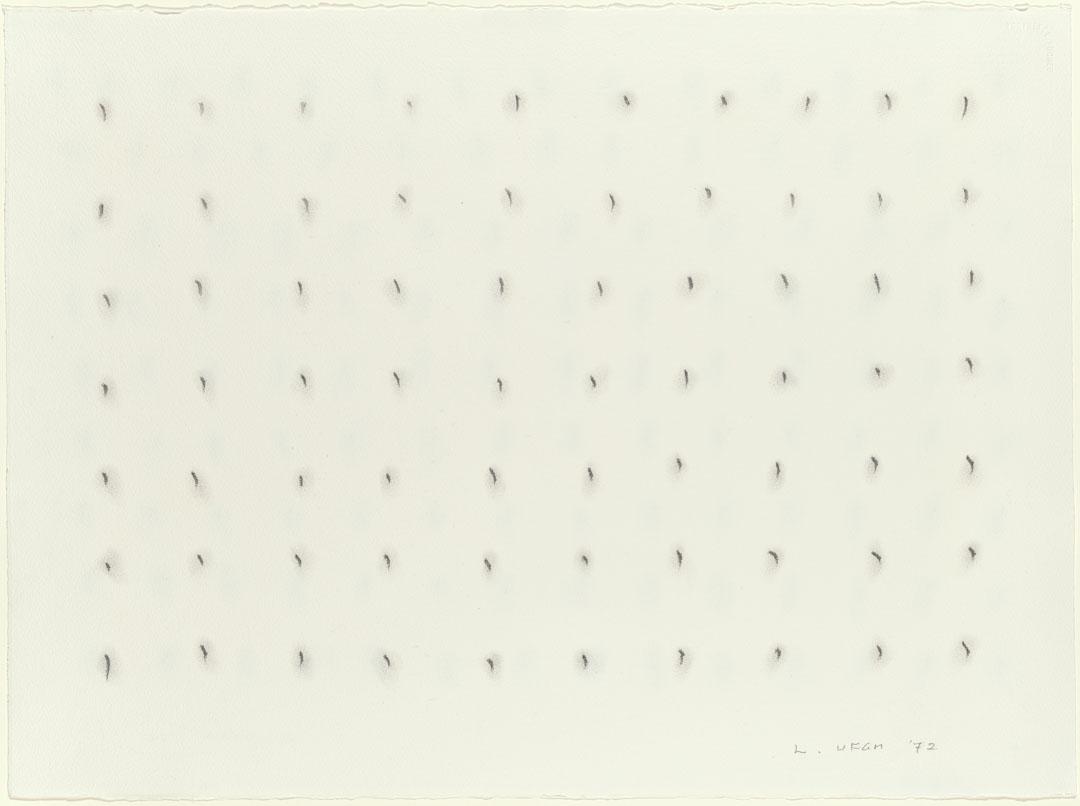 For further information on the 'From point' series see Acc. no. 2004.127 'Additional information'.

The five drawings entitled From point and From line lucidly demonstrate the relationship between Lee Ufan's drawings and his series of paintings of the same name, of which the Queensland Art Galley owns a work from 1979 (Acc. no. 2004.127). 'It is said that all things in the universe originate from the point and return to the point. . . To be in existence is a point and to live is a line, so I too am points and lines.'(1)

On the significance of drawing in his practice, Lee Ufan says, 'drawing is not a means to train oneself to paint, nor is it the draft of a painting. On the contrary, drawing constitutes the very first, crude experience of creating a picture and displays the bones of a painting.'(2)