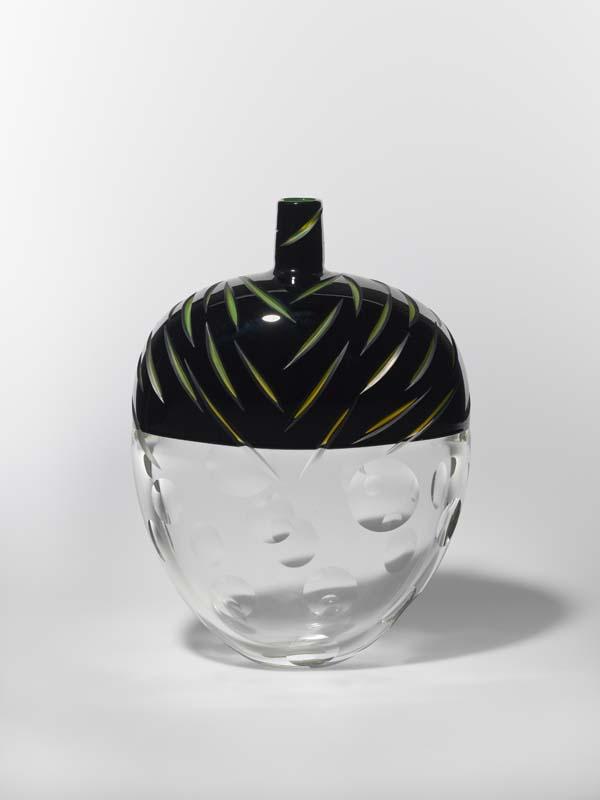 Jane Bruce, a studio glass artist with a distinguished international career, has been lecturing at the Canberra School of Art, Australian National University (now the National Institute of the Arts), Canberra, since 1994 and was appointed Head of the Glass Workshop in 2001. Bruce was born in England in 1947 and received her Master of Arts in Glass from the Royal College of Art, London, in 1973. She undertook additional postgraduate study at the New York State College of Ceramics, Alfred, New York in 1979-81, and she became a permanent resident of the United States in 1980. Bruce has been Education Director at Urban Glass, New York (1991-94), and has twice been awarded Masterworks Fellowships at the Creative Glass Centre of America (1989 and 1991). She has taught extensively in the United States as well as at Espace Verre, Montreal, Canada, and ARCO, Lisbon, Portugal. Bruce moved to Australia in 1994. Jane Bruce is an accomplished glass blower who has concentrated her practice on the formal and expressive possibilities of the form, function, decoration and history of the vessel. Despite her focus on the vessel tradition, Bruce's 'objects' serve no practical function. Rather, they are the basis for experiments with technique and form. However, the artist has remarked that: 'Since moving to Australia I have begun to develop a body of work which explores personal, physical and psychological landscape [sic] formed by gender, history and environment. Whereas in the past work the vessels contained meaning within themselves and their history and were in many ways their own context the new "Objects" carry meaning as their context is outside of themselves and they explore a more personal vision.'(1) The effect of this vessel is very striking indeed and can be appreciated without a knowledge of the artist's personal vision. A recent promotional text on the artist's work notes: 'Jane [Bruce]'s current work, Lidded Vessels (Series I-V), revisits a fascination with, and exploration of the vessel, its history, function and decoration. The forms are layered and closed, or 'lidded'. Visual access to the interior is allowed by way of deep cuts in the surface of the form, while physical access is only possible through a small, carefully cut opening, engaging a dialogue between vessel and body.'(2) Bruce's wheel cutting exposes the internal layers of contrasting colour as black glass is layered over fluoro glass. Fluoro glass is dichromic in character, and thus has the property of appearing to be coloured differently in reflected or in transmitted light. The glass Bruce uses here beneath the black layer is an intense yellow, but when the light is transmitted from behind it appears to be orange. There is also a play of perception in the wheel-cut optical circles seen in the clear glass section, which references both the history of optics and the Bohemian glass of the mid nineteenth century. Bruce's work can be found in the collections of the Victoria and Albert Museum, London, and Broadfield House Glass Museum, Kingswinford, United Kingdom; Kunstsammlungen der Veste Coburg, Coburg and Museum fur Kunsthandwerk, Frankfurt, Germany; Los Angeles County Museum of Art and The Corning Museum of Glass, United States. In Australia her work is represented in the National Art Glass Collection, Wagga Wagga, and the Parliament House Collection, Canberra. Glenn R. Cooke, Research Curator, Queensland Heritage, Apr. 2002. 1. Bruce, Jane. 'Artist statement', << http://www.glassaustralia.anu.edu.au/act/bruce/jbruc.2.html >>, viewed 10 Apr. 2002, 2. Canberra School of Art - Glass, << http://www.anu.edu.au/ITA/CSA/glass/staff.html#head_of_workshop >>, viewed 21 Oct. 2002. 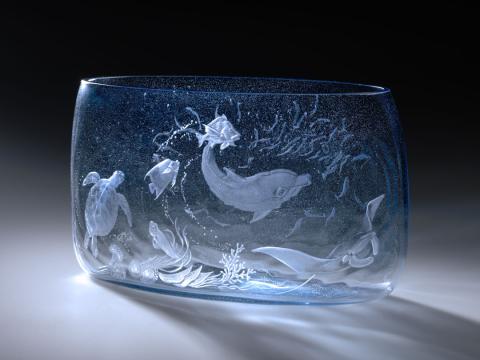 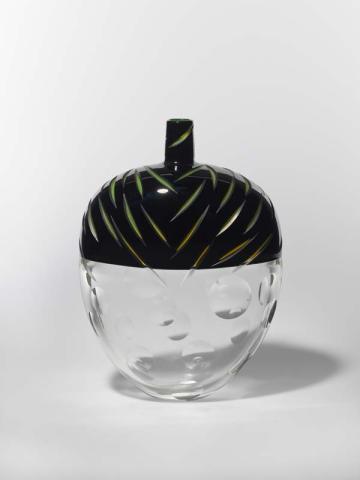 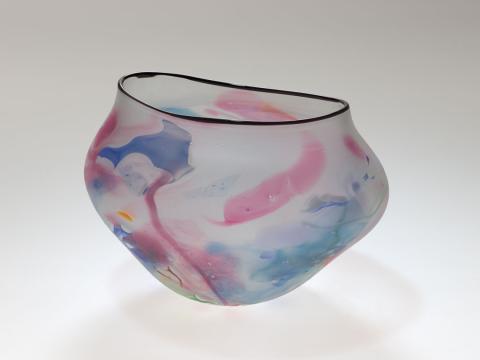 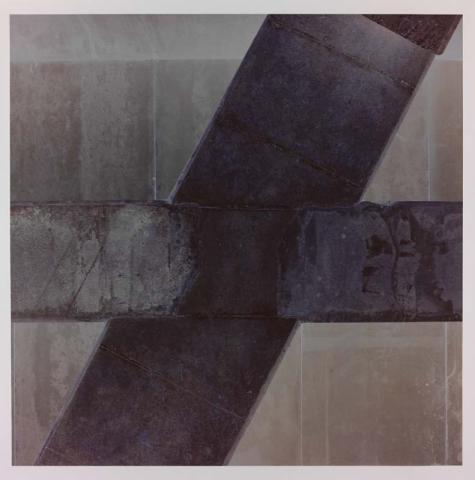 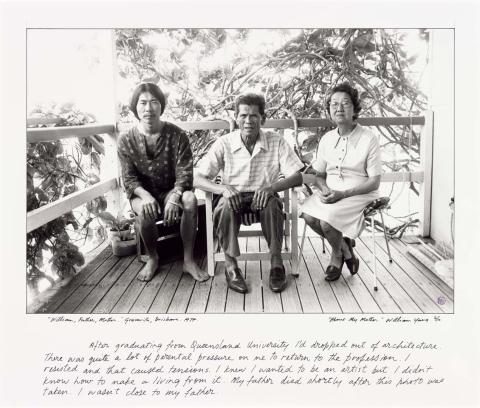 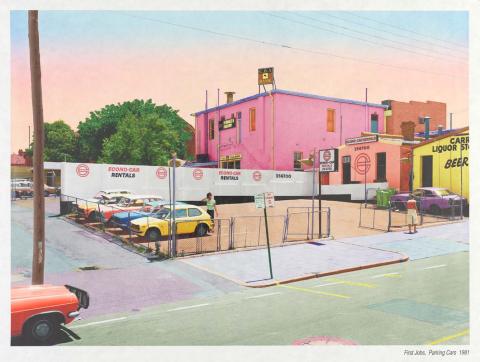