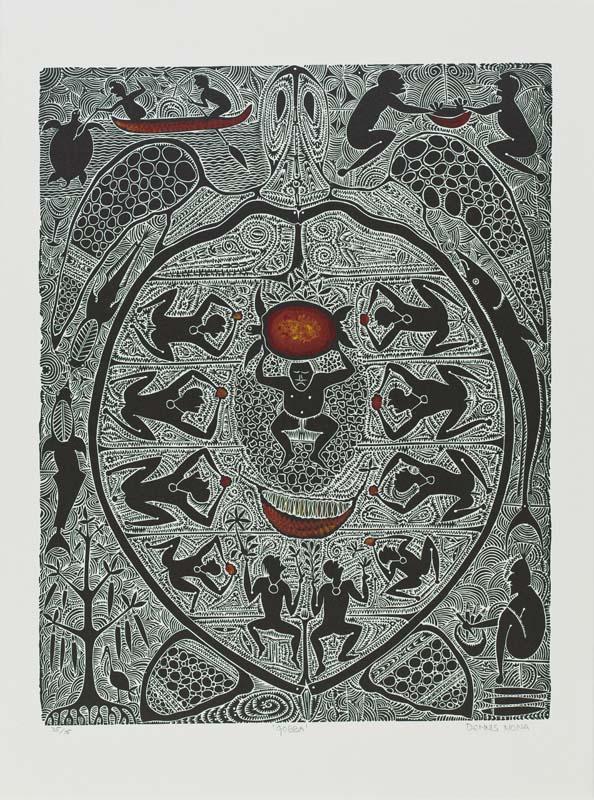 For biographical and background information see Acc. no. 2002.103 'Additional information'. The story of 'Goba' is described in the catalogue for the exhibition 'Gelam Nguzu Kazi - Dugong My Son': 'This story is from Badu Island and is about a dishonest merchant who traded between the villages of Kotade and Arrgane. While Kotade is located near estuary mangroves and swamps, rich in mud crab, clams and mangrove trees, Arrgane is near reefs teaming with fish and turtles. In the print, we are shown how the mangrove seed pods are collected ripe, and boiled and mashed for preparation as a local delicacy (lower portion of the print). We are also shown how turtle is caught using a sucker fish tied by the tail with string and thrown overboard to find a turtle to stick to. Their sucking capacity is so strong the turtle can be hauled back to the boat live and speared (upper left). Once ashore, the turtle is butchered and cooked in coals in its own shell (upper right). Goba, the dishonest merchant, travelled inland between the two villages trading sea turtle for mangrove fruit and vice versa, (depicted in the centre of the print). It was suspected by the "Mamose" (chief) of Kotada that Goba might be pilfering portions of the turtle, especially the prized fat and liver. On more than one occasion, Goba was said to have made the unlikely excuse that particular turtles were born without a liver, and that others had no fat. One day two nimble spies were sent by the "Mamoose" to follow Goba. In a clearing, he was seen stealing and devouring the best portions of a turtle. While he lay beneath a great tree to have a nap spies returned to the "Mamoose" who sent a squad of warriors and, creeping up to him, threw stones at him, killing him in his sleep. Today there remains a pile of rocks marking his grave. Hunters in the area still perform a dance before him to cleanse themselves of evil. They also give a small portion of their hunt to appease Goba's "Mari" (angry spirit) and guarantee a further bountiful hunt.'(1) Caroline Geesu, Curatorial Intern (Pacific Art), May 2002. 1. Alfonso, Cecilia and Kershaw, Michael (eds). 'Gelam Nguzu Kazi - Dugong My Son'. Kubin Community Council, Mua Island, 2001, p.34. 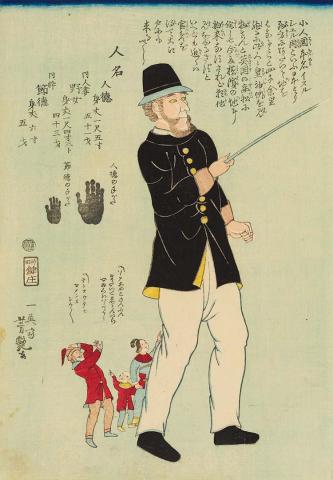 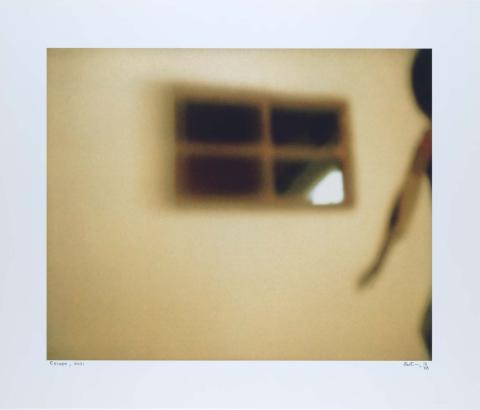 Escape (from 'Forced into images' portfolio) 2001 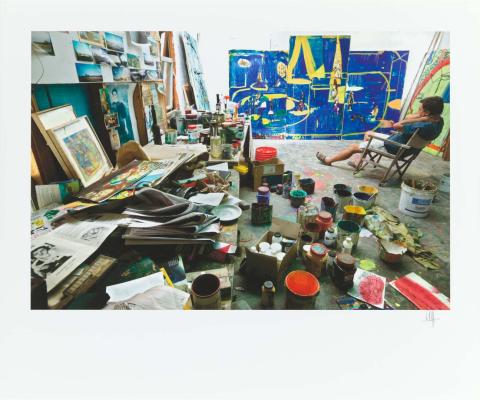 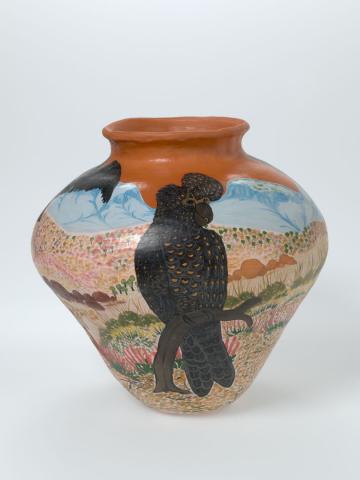 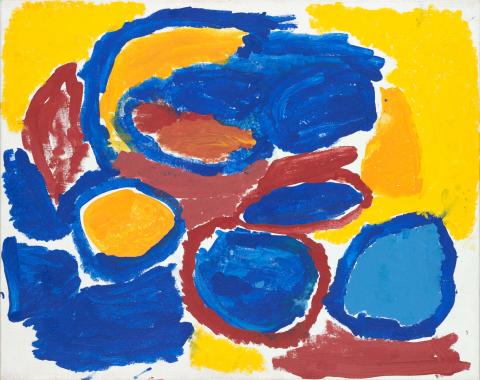 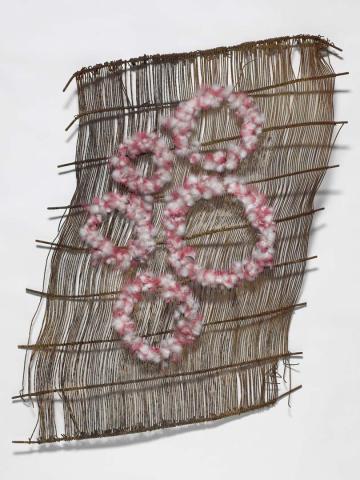