Saul Leiter was born in Pittsburgh and later moved to Cleveland, where he studied briefly to become a rabbi. He arrived in New York City in 1946 — the same year that Piet Mondrian completed Broadway Boogie Woogie, a painting that responded directly to the colour and rhythm of the city. In a similar manner, Leiter explored the potential of photography — black-and-white and colour — to create a body of work that improvised and riffed on incidental details and fragments of that same vibrant metropolis, which became his home until his recent passing. Imbued with a painter’s sense of light, colour and composition, Leiter’s work is increasingly recognised as a unique contribution to the history of twentieth-century photography.1

While Leiter initially studied and continued to practise as a painter, it was photography that came to preoccupy and provide him with a living through his work for fashion magazines such as Esquire and Harper’s Bazaar during the 1950s and 60s. Shortly after arriving in New York, Leiter met painter Richard Pousette-Dart (1916–92) who offered to lend him a Leica camera, which Leiter credits as initiating his interest in photography. Pousette-Dart was himself experimenting with photography at the time, making large-scale, softly printed images in the style of British pictorialist photographer Julia Margaret Cameron.2

In 1953, a selection of 23 black-and-white photographs by Leiter were included in the exhibition ‘Always the Young Strangers’, curated by Edward Steichen — then curator of photography at the Museum of Modern Art, New York. As a photographer, Leiter worked both within and against the photographic traditions and conventions of the time. He admired the work of Henri Cartier-Bresson and W Eugene Smith, and recognised the importance of the social documentary styles of Walker Evans and Lewis Hine as predecessors. However, Leiter forged an individual approach to photography that was informed more by a ‘painter’s eye’ than a photojournalist’s. He experimented with colour photography — shooting primarily transparency film (colour slides) — during the 1950s, when it was considered more suited to mainstream advertising and largely shunned by most photographers.

In her book The New York School: Photographs 1936–1963, curator and writer Jane Livingston locates Leiter and his work within a context of New York photographers that includes figures such as Robert Frank, Lisette Model, Richard Avedon and Diane Arbus. While acknowledging the individual visions of 16 photographers and that few of them actually identified with a movement or group as such, Livingston cites ‘a conscious breaking of the rules of photography’ and a ‘passionate belief in certain humanistic values’ as characterising their work while adding that ‘the physical and emotional reality of [New York]’ was a fundamental underpinning of their identity.3

Leiter’s New York is found in details, moods — fleeting, peripheral images that, for the most part, go unnoticed — rather than the human drama of faces in the crowd. He used a repertoire of techniques such as close focus, off-kilter framing, blur, reflection and refraction through glass and strong contrast to create poetic, lyrical images in which ambiguity and contingency are in constant play. Livingston writes that ‘Leiter has forged an entire visual language for himself out of tentativeness, delicacy of expression, a habitual recognition of the ambiguousness of things’ and his awareness ‘of the provisional character of everything in relation to everything else’.4

The recent acquisition of three prints by Saul Leiter is a significant addition to the Gallery’s collection of modern photography and recognises the ongoing re-evaluation of the medium in the light of rapid technological change.

Endnotes
1  Saul Leiter, Saul Leiter: Early Colour, Steidel, Göttingen, Germany, 4th ed., 2013.
2  Pictorialism was a style and method of photography advocated in New York by Alfred Stieglitz and Edward Steichen during the early years of the twentieth century. It consciously embraced an aesthetic and fine art approach to making photographs through the use of handmade emulsions of platinum, albumen and gum-bichromate which rendered subtle tonal variations in prints in emulation of a painted surface.
3  Jane Livingston, The New York School: Photographs 1936–1963, Stewart, Tabori and Chang, Inc., New York, 1992, p.259.
4  Livingston, p.324. 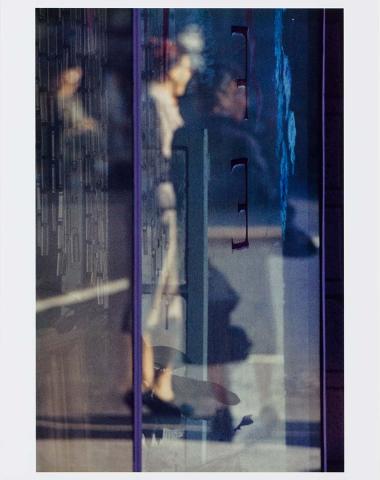 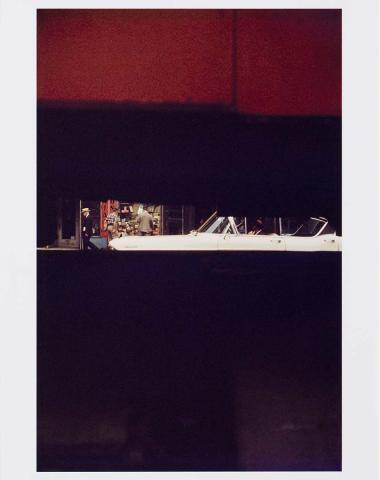 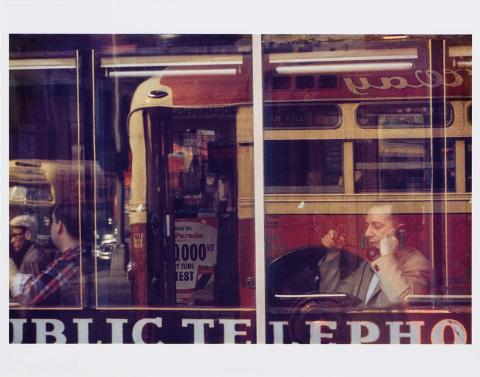