A magnificent group of three large-scale drawings on canvas by Vernon Ah Kee continue his examination and re-presentation of family portraits. The three drawings from 2008 depict important women from Ah Kee’s family: his maternal great-grandmother Annie Ah Sam, paternal great-grandmother Bella Ami and his daughter, Annie Ah Kee. These complement a large triptych already held in the Collection, also gifted by James C Sourris, AM, of important male family members, namely his grandfather and his son. By representing cross-generational portraiture, Vernon Ah Kee reinstates his family members into the historical record and into contemporary Australian culture.

Ah Kee’s portraits are more than a genre-based exploration into the depths of family, however: they provide a pointed political remark about the past mistreatment of Aboriginal people, whose distrust and frustration can still be felt today. Responding to a history of romanticising Aboriginal people as exotic, or ‘an othered thing’, Ah Kee places Australian history under the microscope to highlight the sense of exclusion that is anchored in museum scientific records. He effectively relocates the Aboriginal in Australia to inhabit real and current space and time; his drawings may be said to not only inhabit, but ‘re-habit’ their space. As his large portraits give the viewer a sense of discomfort, his subjects exercise their right of reply through a confrontational stare.(1) Ah Kee’s longstanding preoccupation with portraiture is motivated by the archives of the Norman Tindale collection at the South Australian Museum, which houses photographs of Ah Kee’s Palm Island ancestors taken in the 1930s, replicating and almost mirroring the academic style portraits of a bygone era.

Apart from re-examining anthropological photographs of family, Ah Kee conveys a sense of beauty in his lush portraits. With Annie Ah Sam, Bella Ami and Annie Ah Kee, he concentrates on the faces of his subjects, constructing sumptuous images of his family. As he says, ‘My portraits are beautiful because I want the subject, Aboriginality, to be a beautiful thing'.(2) 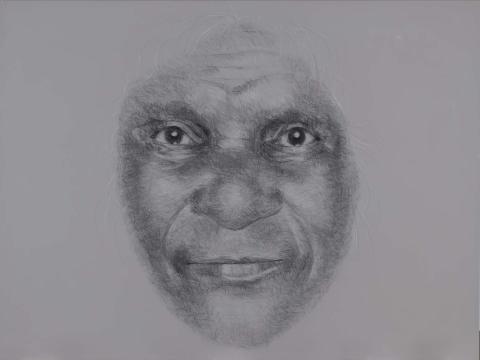 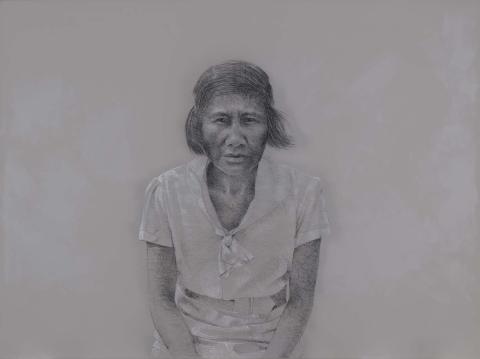