It is easy to forget that paintings, sculpture, textiles, drawings, prints and furniture, decorative objet d’art and domestic wares once coexisted in court and private collections throughout Europe and England. While we could not begin to ‘reconstruct’ these specific contexts, we can provide a visual dialogue between objects and paintings that bypass some of the museological hierachies that still exist between categories and media. Ceramic wares such as vases, tea sets, trios, figurines, plates and bowls also provided a means for the domestic display of wealth, prestige and taste for the aristocracy and the later industrial and merchant middle-class.

The production of porcelain in Europe followed in the wake of increasing contact and trade with China in the sixteenth century, initially through the Portuguese East India Company; and later, the Dutch East India Company saw the importation of fine porcelain wares from China and Japan. The methods and techniques for the production of porcelain had been known in China and Japan for centuries, but were only developed in Europe in the early 1700s. Porcelain was highly valued as an indicator of wealth and refined taste and, by the eighteenth-century, there was a kind of mania for it as the French courts of Louis XIV and XV established a level of extravagance and ostentatious luxury that was the envy of Europe.

Its origins in Europe are associated with the German manufactory of Meissen (see acc. 1989.100a-b, 1996.123, 1983.043.006.1-5 and 4:0213.001-2), the original producer of porcelain in Europe established by Friedrick August (known as Augustus the Strong), Elector of Saxony and King of Poland. The story of European porcelain production is shrouded in the fickle desires of royal patronage, political one-upmanship, secrecy and the arcanum of the transmutation of base metals to gold.

Johann Friedrich Bottger (1682–1719) was a journeyman apothecary who gained notoriety by apparently extracting gold from molten silver and other base metals. In corners of eighteenth-century Europe — where certain residual medieval beliefs persisted alongside absolutist political regimes — such a feat achieved a dubious fame, oscillating between state threat and financial saviour. Bottger’s fate was entirely in the hands of the King following his flight from his home of Berlin (in the then Kingdom of Prussia) to Dresden, Bottger's fate was entirely in the hands of the king, and the protection and custody of Friedrick August, who established a workshop for the young chemist’s experiments with alchemy and gold-making.(1)

Unable to meet the king’s demand for gold to replenish his treasury, Bottger increasingly turned his attention to the development of porcelain, which he recognised as a desirable commodity in the eyes of the King and the rest of Europe’s courts and wealthy classes. Bottger produced his first white porcelains in 1708–09 and, by 1710, August had established a manufactory for the production of porcelain in Albrechtsburg, Meissen. Bottger was granted his freedom in 1714 on condition of his remaining in Saxony and a vow of secrecy concerning his arcanum for porcelain and gold. By the late 1730s the manufactory was showing profit and employed up to 300 people. It remained in the ownership of the state until 1830 when it passed to private hands and moved to new buildings in 1848, where it continues to operate in the valley of the Triefisch River in Meissen.

Robert Röntgen has noted that while the production of Meissen porcelain in the eighteenth century is recognised as the manufacturer’s greatest period, the bulk of its work has been made since 1814. Meissen’s most renowned and prodigious sculptor–modeller, JJ Kaendler, who joined the factory in 1731, established the company’s characteristically elaborate rococo style. His interpretation and translation of hundreds of subjects into porcelain paste — from ‘Commedia dell'Arte’ actors, Chinamen, huntsmen, shepherds, courtiers, allegorical figures, gods and goddesses to pug dogs and monkey musicians — provided the basis for Meissen designs well into the nineteenth century.

It is certainly Kaendler’s models that provide the motifs for the Gallery’s nineteenth-century Meissen works including Pair of ewers: Earth and air c.1850s and The tailor on the he-goat 1737, cast c.1850. By contemporary standards, such objects may appear excessively decorative, frivolous and anachronistic, but in the context of the rococo revival in Europe and England during the nineteenth century, they were seen to reflect the wealth and elegance of Europe’s royal courts. The rococo revival found expression through architecture and interior design, in decorative metalwork, porcelain figurines and furniture. Many private residences and manor houses of the very wealthy, and new hotels in the late-nineteenth and into the early-twentieth centuries, adopted the florid ornate detailing and asymmetry of the rococo style.

In France, the most renowned producer of fine porcelain was the Royal Porcelain Manufactory at Sèvres (see acc. 4:0079.001-6 and 4:0018). It was founded in 1738 and in 1759 its administration was taken over by King Louis XV and his mistress, Madame Pompadour. A clear rival to Meissen, it attracted some of Europe’s best alchemists, artists and designers, producing work of high quality with innovative glazing and enamelling techniques. It became the state-owned property of the Republic in 1793 and was patronised by Napoleon. More restrained than earlier rococo style, the Empire style of the 1800s saw the adoption of themes and motifs from Egyptian, Greek and Roman antiquity. Sèvres production in the nineteenth century was prolific and incorporated old as well as new styles and decorative schemes.

This is an edited extract of 'Hidden treasure', the eighth article in a series focusing on selected works in the Queensland Art Gallery’s international collection. 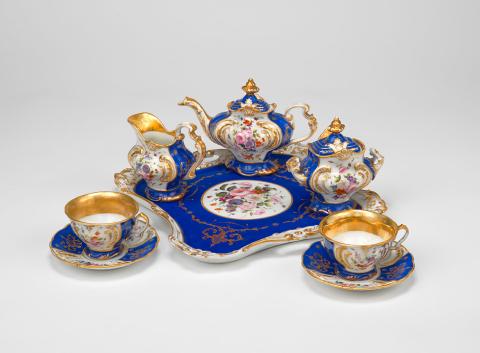 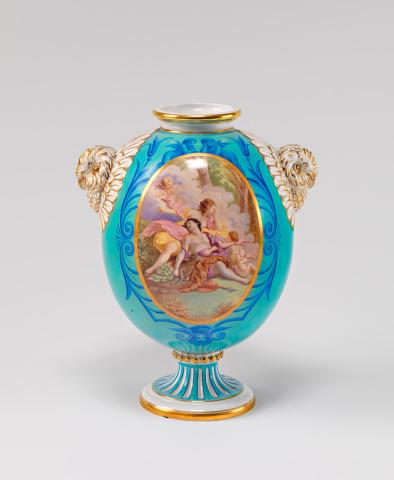 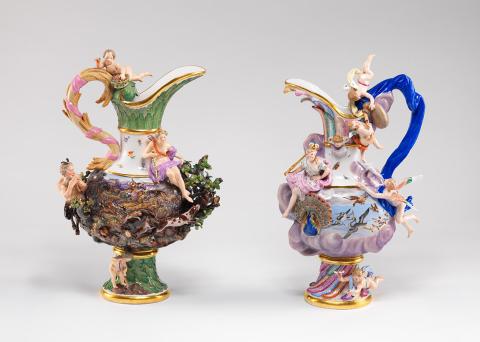 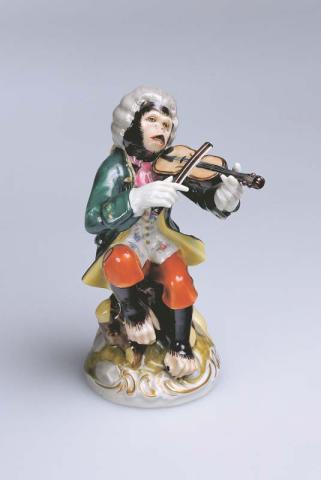 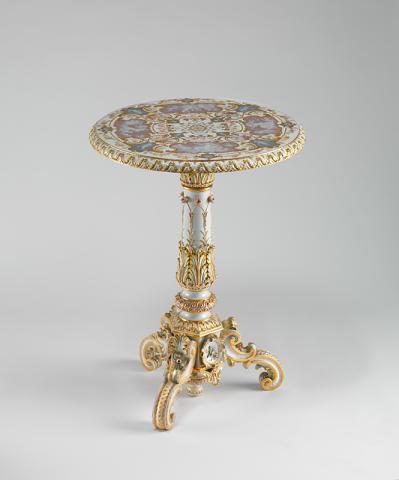 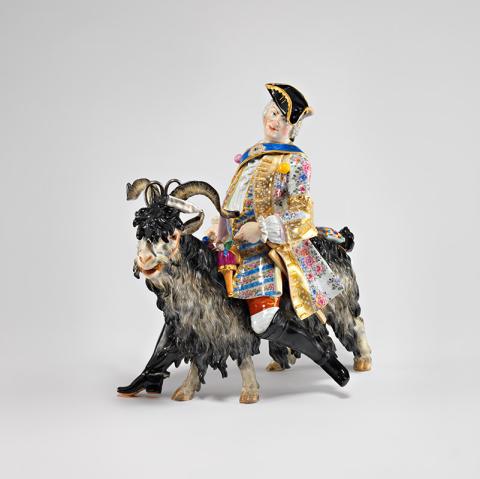