Tracey Moffatt, one of Australia's best known contemporary artists, both nationally and internationally, studied film and video production at the Queensland College of Art. Through her art practice Moffatt explores a broad range of images and genres drawn from popular culture including film, photography, television and mass-produced publications.

The photographic series 'Beauties' was created in the 1990s. For these works, Moffatt cast a 1950s studio portrait of her uncle in three different colours. This Warholian handling of the photograph suggests a 'type' that is undermined by Moffatt's introduction of an Indigenous Australian man into the Hollywood image of the young postwar cowboy. 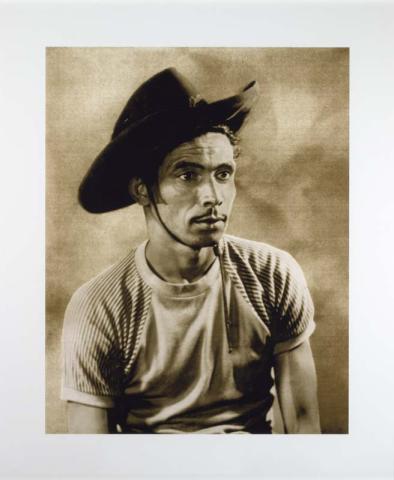