John Mason of Maryborough is best known for the furniture, largely made for his family, which uses elaborate wood inlay patterns. Examples of such furniture appeared in international and intercolonial exhibitions in the nineteenth century to reflect the richness of Australia's timber resources, but this piece also manifests a strong folk element in the use of multiple geometric designs.

Mason was born the year after his parents migrated from England. His uncle, a cabinetmaker, accompanied them and taught him wood inlaying and carving. He served a seven-year apprenticeship under local cabinetmaker Henry Smith and later joined the firm of Popp Brothers. Mason taught at Maryborough Technical College until 1929. 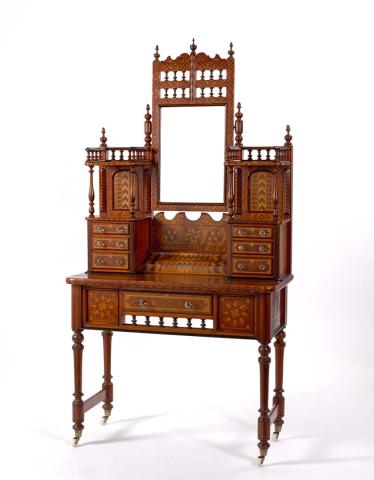