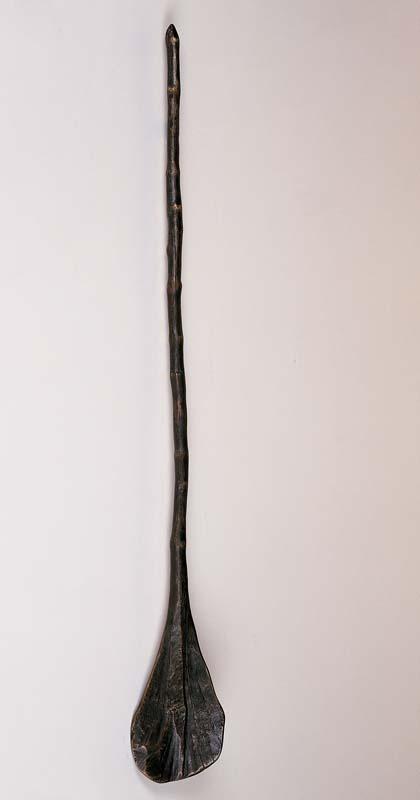 For biographical information see Acc. no. 1989.003a-d 'Additional information'. This work, 'Mangrove paddle', was included in the 2001 solo exhibition at the Queensland Art Gallery entitled 'Fiona Foley: Pir'ri - mangrove'. Foley's Badtjala forebears valued the mangroves both for their place in traditional stories of country and as an important source of food, shells and also, on occasion, tools. Her family's collection includes a rare late nineteenth century wooden mangrove paddle, which she has cast into bronze in an exact replica. Bronze is a customary material for European official and museum culture and this transformative gesture is thus highly loaded. The original paddle was once an item of daily use, destined for wear and tear as the Badtjala steered their canoes through the mangroves and across the strait between the mainland and K'gari (Fraser Island). In the nineteenth and twentieth centuries it might have found a place as an artefact in an ethnographic museum. Today Foley's use of bronze, however, ensures the paddle's longevity, and its entry into the artistic record as 'sculpture'. The anthropology museum is, however, a crucial hunting ground for Fiona Foley. For more than a decade she has fossicked in the archives of ethnographic museums, searching for remnants of Badtjala culture which were once gathered by other hunters - colonial anthropologists, missionaries and administrators. From these remnants Foley constructs what has been called a 'custodial aesthetics', a set of images and references sourced from Badtjala artefacts, photographs and other cultural evidence that amounts to a vocabulary for making impressions, emotions and memories into works of art. For instance, in works such as 'Survival I, II, III, IV' 1988 (Acc. no. 1989.003a-d) and 'Badtjala woman' 1994 (Acc. no. 2001.101a-c), Foley has worked with images of Badtjala ancestors recovered from museum collections, in the latter case putting herself into the frame of the ethnographic photography that was used to capture images of her ancestors in the late nineteenth century. In all these cases, Foley works on fragmentary materials from the past to make contemporary works of art that continue to assert the cultural survival of her people. Edited from an essay by Julie Ewington, Head of Australian Art, Oct. 2001, by Avril Quaill, Associate Curator, Indigenous Australian Art, Apr. 2002. 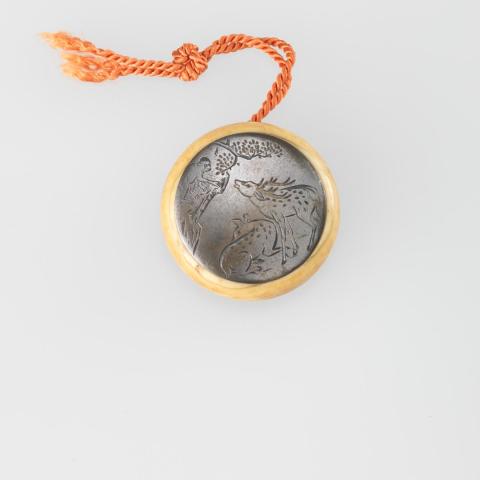 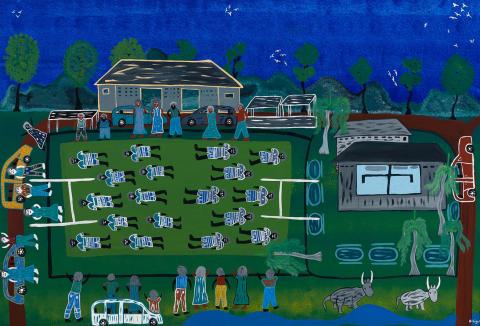 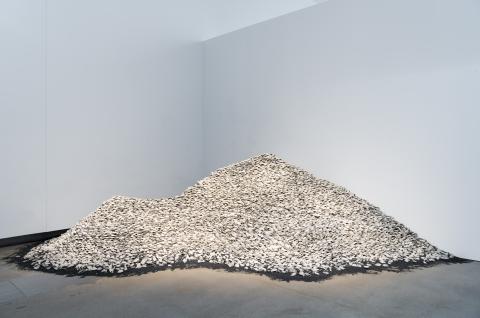 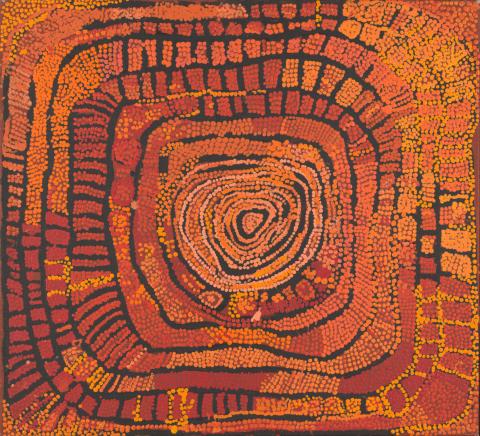