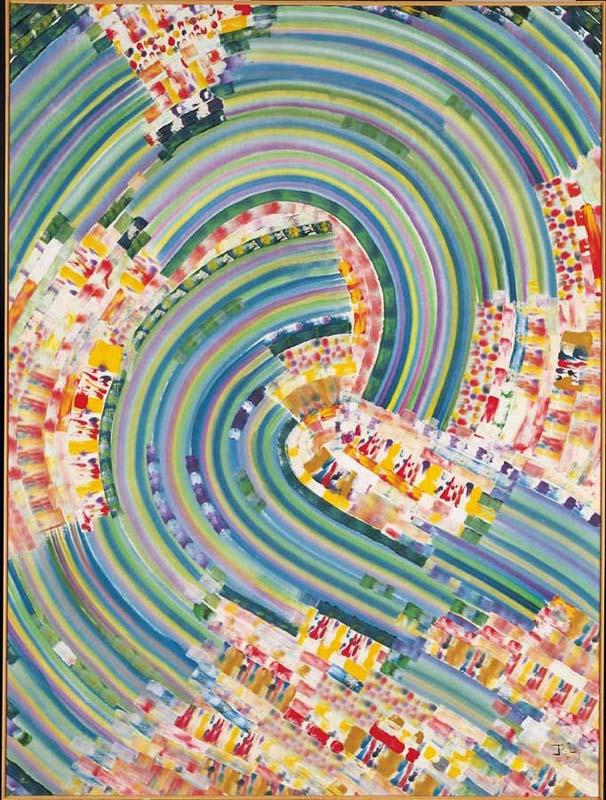 For biographical and background information see Acc. no. 1989.166 'Additional information'. Obsessive, repeated patterning is integral to the paintings of Richard Larter. While he is best known for savage political critiques incorporating explicitly sexual imagery and controversial figures from 20th-century history, the more lyrical, fully abstract paintings executed with a sponge paint-roller in fact comprise the greater part of his oeuvre. 'Aswhirl' is an example of this aspect of his work. The kind of roller he uses is small, approximately two centimetres wide, highly absorbent and very soft. Large amounts of paint can be thickly applied and thin, dry application is also possible. Although painted largely with a device designed to give a flat, anonymous paint surface, in these roller paintings Larter has developed a highly idiosyncratic and varied technique. He animates the surface intensely, with kaleidoscopic fragments of colour which are sometimes subtly blended into each other and sometimes vibrantly distinct. Repeated rhythms are produced by the roller when it is loaded with multiple colours, which then mark the canvas in a set sequence as they are continuously rolled onto the canvas. In 'Aswhirl' these regular colour vibrations are more broadly offset with the sweeping counter- curves of rainbow-like arcs and bars of colour. The painting offers viewers an extravagantly sensuous experience of abstract art, very unusual in the context of the generally rather cerebral non-figurative work which has dominated the later 20th-century (especially as it is represented in the Collection of this Gallery). Despite the intense patterning that is common to all his paintings, prints and drawings, the roller paintings like 'Aswhirl' and the figurative ones like the Gallery's 'Sweet sherry chocolate dip', 1975 (Acc. no. 1:1488) comprise two quite distinct and different bodies of work. Larter's sensational attacks on the politics and morality of our time (expressed not just in paint but from time to time in printed letters to journals) are more directly concerned with social issues, while 'Aswhirl' is primarily about visual delight and the realm of the senses. Larter lives in the small country town of Yass, New South Wales, and is strongly responsive to the beauty of the landscape and the pleasures offered by his house and garden. Although he has produced some of the most radical and controversial works of his generation, the Australian artists who come to mind when seeking a context for his lyrical paint-roller works were active half a century earlier. The sun-drenched paintings from the 1920s onward by Grace Cossington Smith, which use small square blocks of dappled paint to depict the interiors of her house and the view from its windows, are a precedent for Larter's abstracted images of his private world. 'Aswhirl' is particularly reminiscent of the colour-music experiments made by Roy De Maistre in the years around 1920. 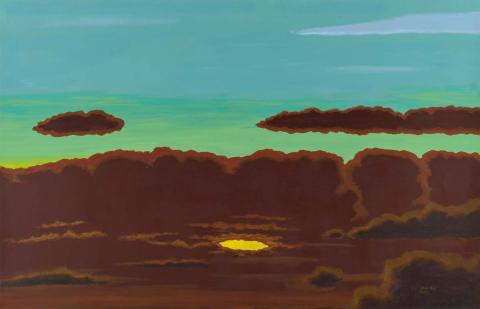 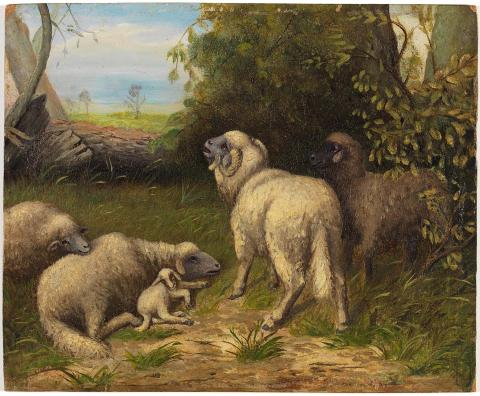 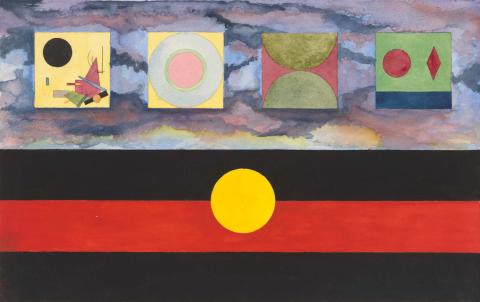 Kandinsky's black relationship E version no.2 (from 'Works from the People's Republic of Spiritual Revolution' series) 1989 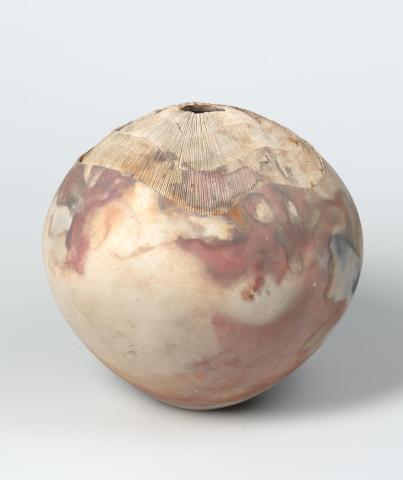 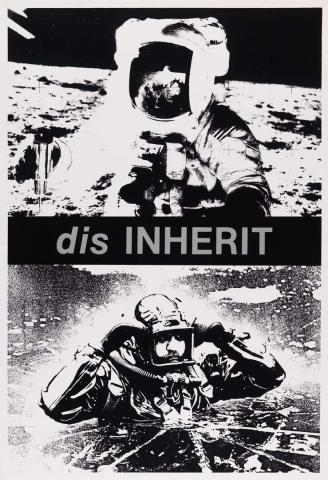