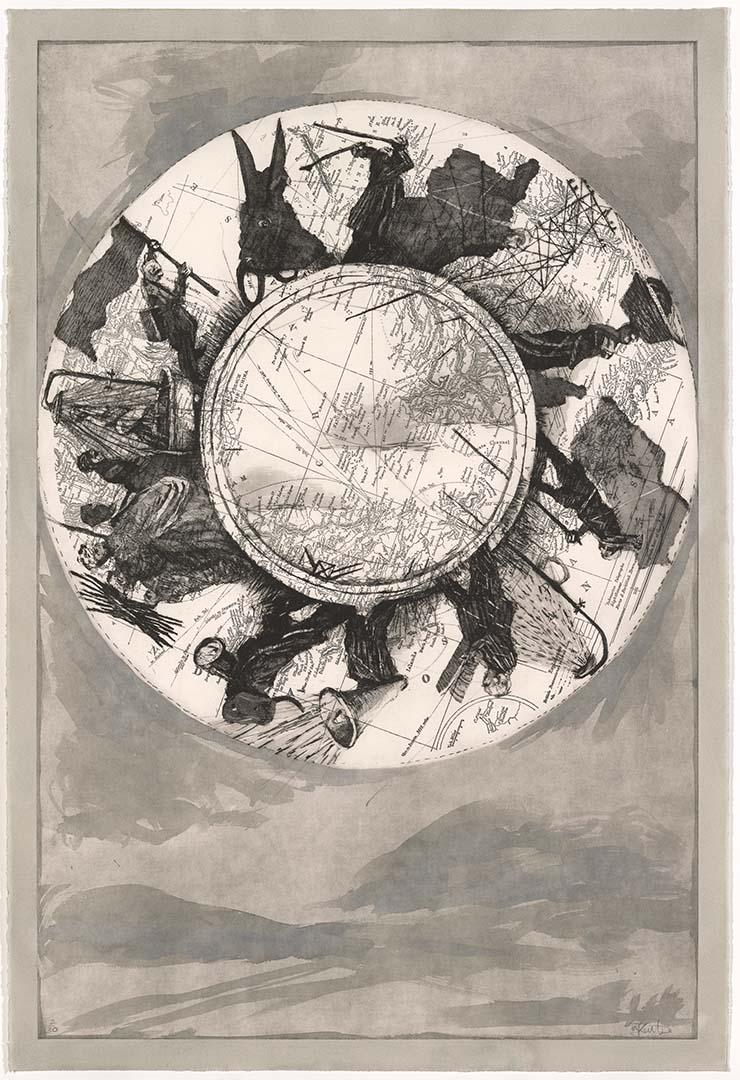 The human procession is a recurring image for William Kentridge, which captures themes of flight and exile. He mixes ideas and images from many sources in the spirit of surrealist association and the theatre of the absurd, seen here in the morphing and merging of human forms with objects such as scissors and cameras. Kentridge has recently stated that he considers the absurd to be not ‘a peripheral mistake at the edge of society, but a central point of construction. The absurd, for me, is a species of realism rather than a species of joke or fun’.