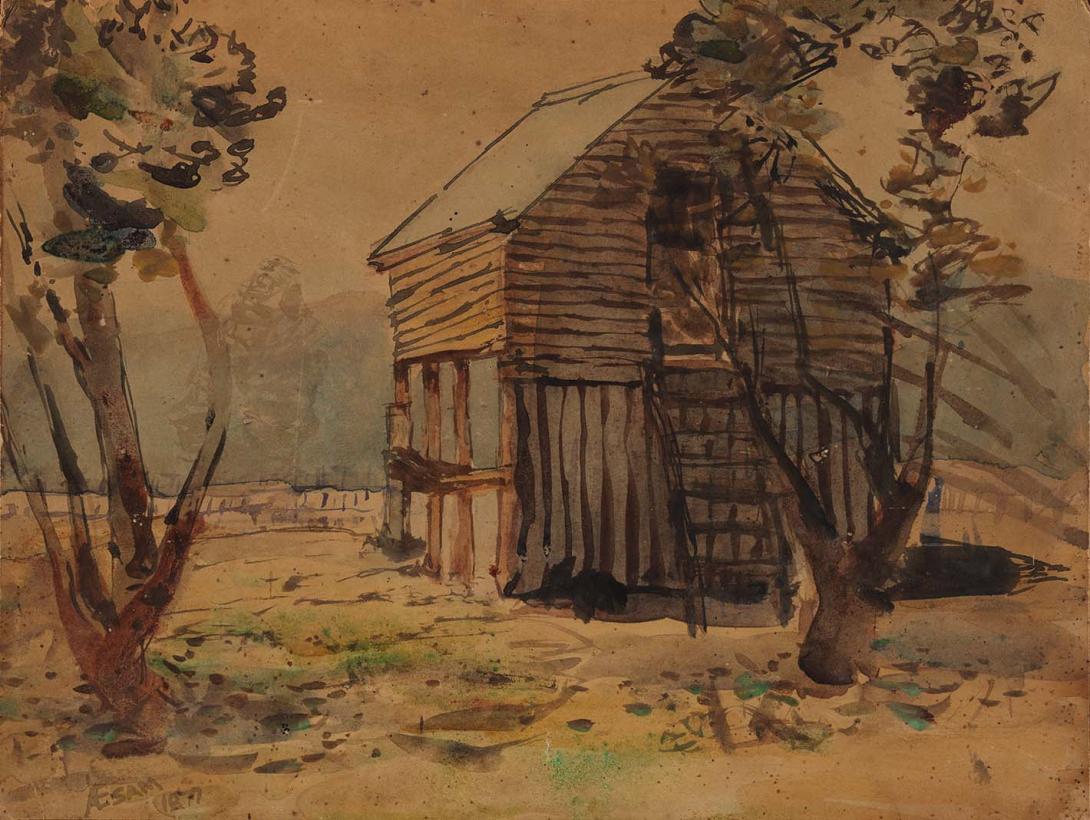 Arthur Esam was born in London in 1850 and arrived in Melbourne in 1870. The circumstances of his training as an artist are not known but his illustrative work was skilled enough to appear in papers such as 'Freason's Weekly' and the 'Sydney Mail'. The South Australian Department of Lands employed him between 1878 and 1882, and during this time he joined an expedition to search for water. In 1884 he drove a herd of camels overland to Normanton in north Queensland. Subsequently he worked in Coolgardie in 1893, and was on the staff of the 'Kalgoorlie Miner'. Esam was one of the many itinerant artists who were active throughout the Australian colonies during the nineteenth century. Occasionally his titles identify specific locations, which help trace his career. For instance he made watercolours in Pakenham, Victoria in 1889 and in Western Australia in 1896. The titles of Esam's watercolours, such as 'Roundup', 'The stagecoach', 'Hauling logs near Mansfield' and 'Pioneer's homestead', demonstrate his interest in contemporary life. We can now interpret these works as documents of pioneer Australia. This freely executed watercolour suggests it is a preparatory sketch for a background detail in one of Esam's more finished compositions; and the rude timber building is of a type that often attracted Esam's eye. Essay by Glenn R. Cooke, Research Curator, Queensland Heritage, Jan. 2003. 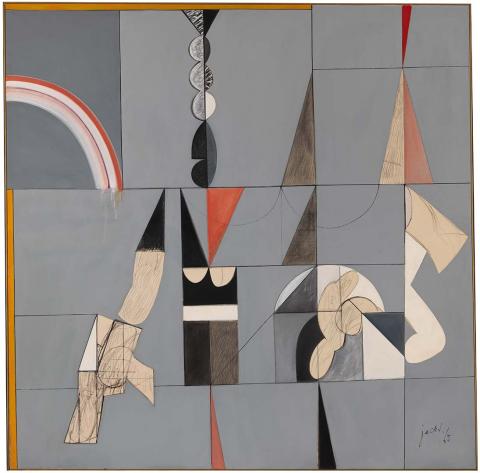 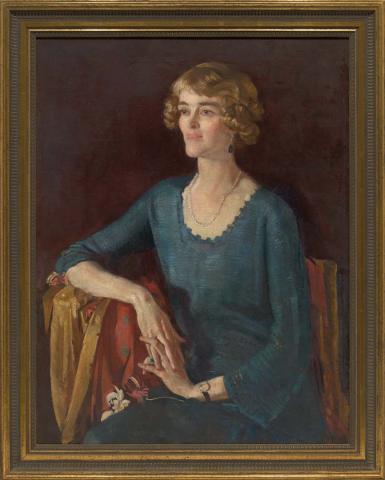 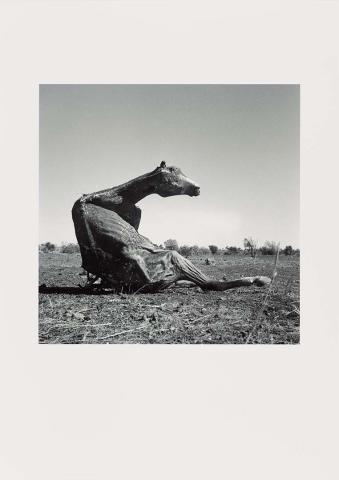 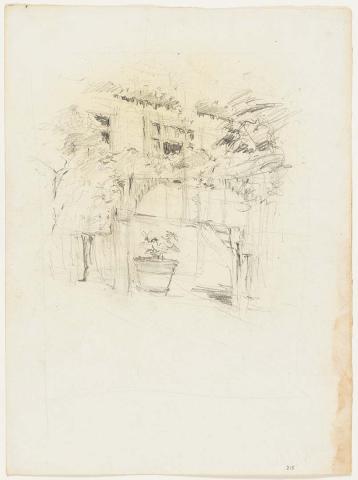 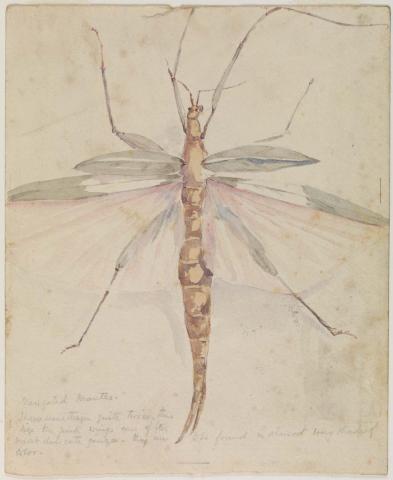