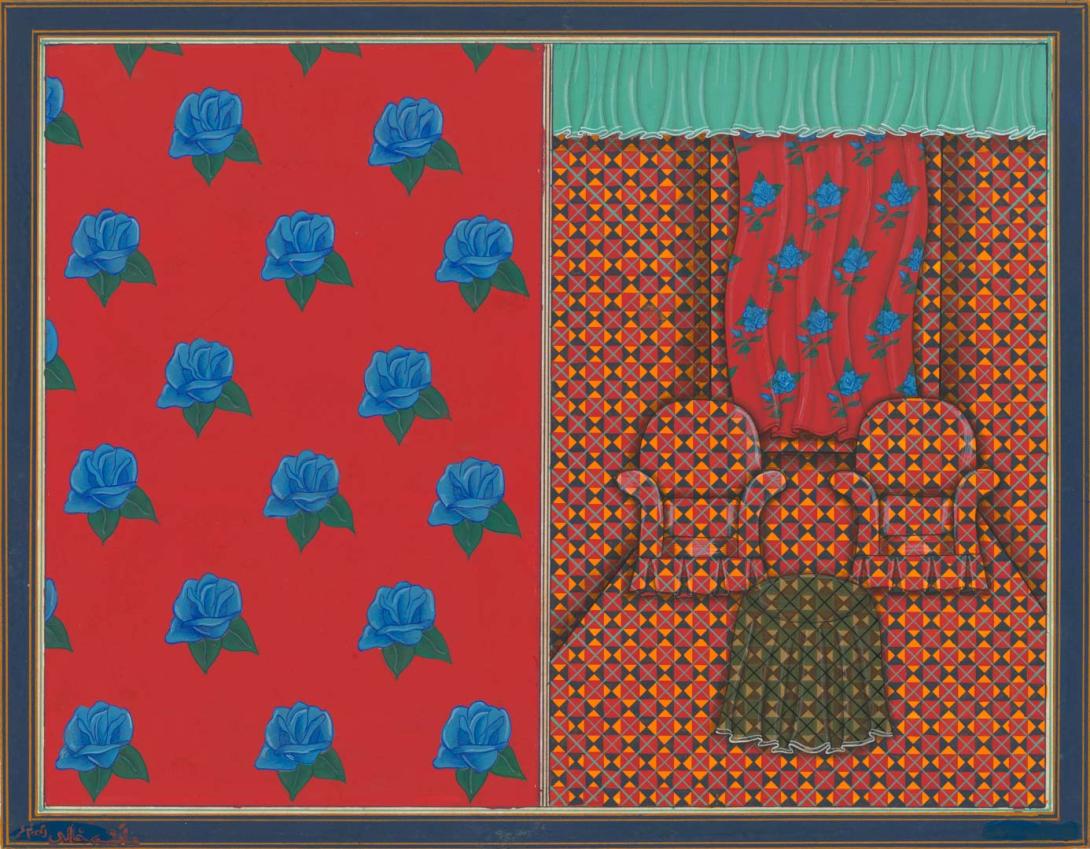 Aisha Khalid's expressive and rigorous geometric arrangements play with surface and depth. Veiled figures, flower motifs, draped curtains and a limited palette of blue, white and red create dazzling optical and spatial illusions that lead the viewer into a contemplative space, where the focus is on the act of peering in, rather than looking at. Dense symmetrical arrangements, drawn from textile patterns and Islamic geometry, invest Khalid's works with a shimmering quality, while her recurring use of camouflage hints at gender, social order and power structures.

Khalid began Coming up next in Amsterdam during an artist residency, and completed it in Pakistan around the same time that the United States retaliated against the Taliban for the events of 11 September 2001, targeting their positions in neighbouring Afghanistan. Here, political narratives are embedded in a quiet domestic setting, which is veiled by a pattern, and may be read as an evocation of the artist's interest in exposing what is hidden. Khalid responds to the divisiveness that this series of events provoked at a local level, enhanced here by the splitting of the painting into two parts - a device Khalid employs in many of her works - while also reflecting on shifting perceptions of the region at the time.