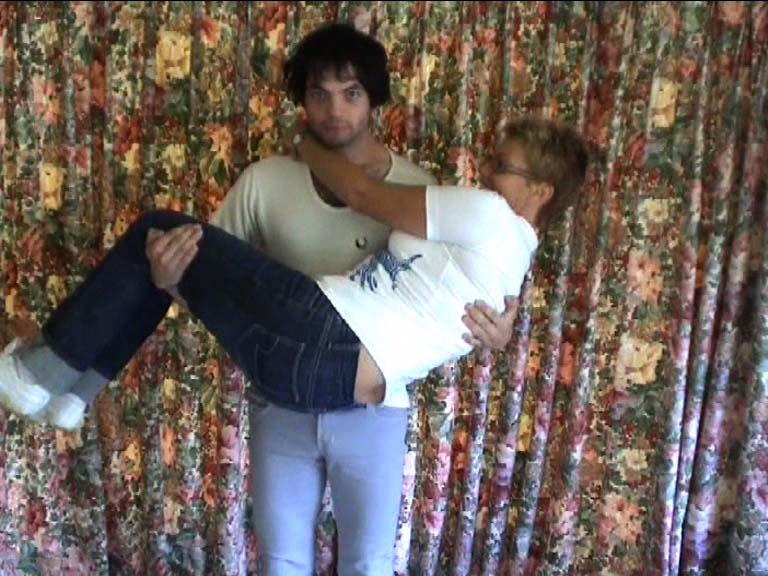 Campbell Patterson works predominantly in performance-based video art and much of his work has the rough, immediate look of user-generated content from websites such as YouTube. Rather than being confessional, revelatory or expressly exhibitionistic, Patterson's videos capture abstract actions derived from moments in his life.

Lifting my mother for as long as I can 2007 is a physical performance carried out once every year on Patterson's mother's birthday. He is acutely aware of the capacity of documented performance to 'function on its own as an art object' and to manipulate mood and response. Patterson refers both directly and indirectly to the history of performance art, connecting with earlier performance-based practices of Dennis Oppenheim, Yoko Ono, Bruce Nauman and Vito Acconci, who often use the body as the subject of their work, often in extremis.