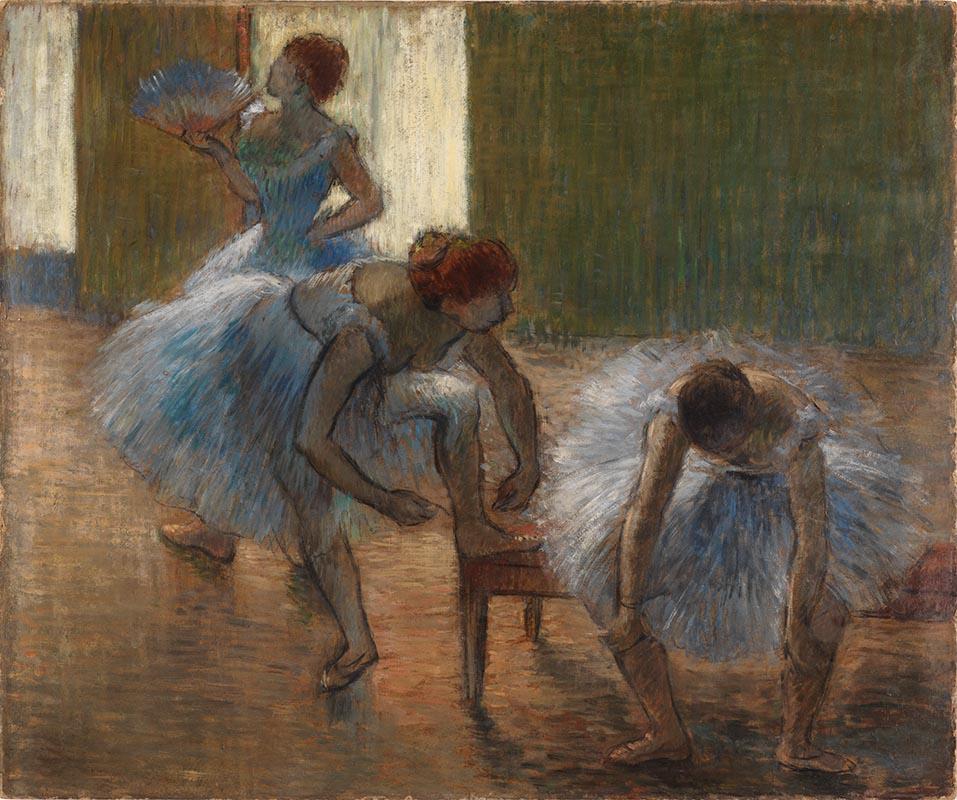 Edgar Degas has traditionally been associated with the Impressionists, whose work focused on new ways of recording modern life. The Impressionist movement consisted of about 20 rebel artists who endeavoured to change some of the entrenched conventions of nineteenth-century French art by adopting new techniques and subjects.

They attempted to capture the initial visual sensation or impression of a scene, often working outdoors (en plein air) on small canvases. The Impressionists worked with oil paint in a quick sketchy fashion to record the optical effects of light and colour of a particular scene.

Like many artists of his day, Degas looked to the leisure activities of the French middle-class for his subjects. Ballet classes were a favourite, providing ample opportunity for Degas to study the human body in poses ranging from intense activity to rest.

He was also a keen amateur photographer and many of his seemingly instantaneous and arbitrary compositions were influenced by his view through the photographic lens. In his later years he turned largely to sculpture, maintaining his curiosity for the human form.

Trois danseuses a la classe de danse (Three dancers at a dancing class) c.1888-90 is a behind-the-scenes glimpse of the fatigue and strain that characterise the strenuous regime of practice, rehearsal and performance of a dancer. While it is a study of the human form, the work is also a poetic depiction of filtered light - a favourite theme of the Impressionists.