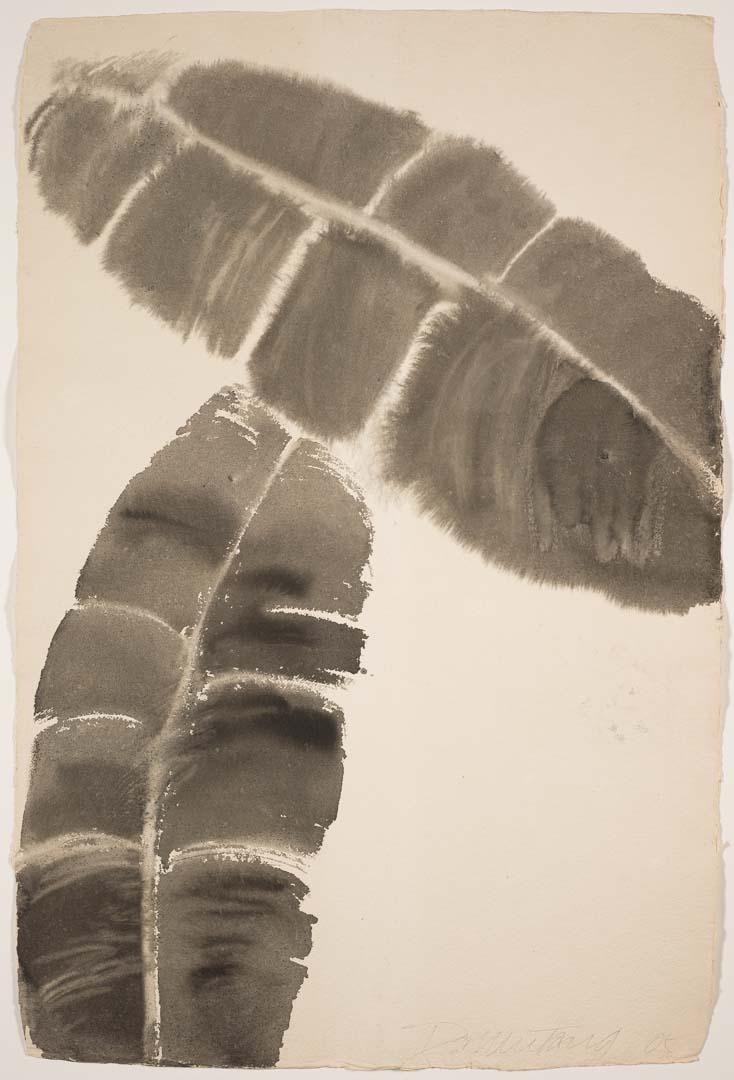 This set of fifteen Chinese ink paintings by Tang Da Wu is collectively titled 'Bumiputra' (Malay for 'son of the soil' or original inhabitant). It comprises a range of portraits of colleagues and neighbours from the northern Singapore suburb of Hougang, which in the 1980s was developed from forests and pig farms into a 'new town' of Housing Development Board apartment blocks. The rapid development of the city-state following independence in 1965 has resulted in the erosion of many communities, including their splitting up and relocation through rehousing programmes and gentrification. Tang's paintings record a number of Hougang's local residents, from the performance artist, Juliana Yasin, to scrap collectors and street hawkers, gathered around the central image of a well, the traditional meeting place for the community. As the artist has said of the work, '... my intentions had to do with my interest in people and their relationships with certain places... People of the Land, with strong relationships to particular locations or sites in Singapore... There is a certain identity about people who live or come from Hougang... I would sit at the kopitiams (coffee shops) listening to conversations. There seemed to be a "Hougang" character or identity'.(1) 'Bumiputra' encapsulates the artist's concerns over the past three decades. Tang's work since the 1970s has consistently addressed social and environmental issues, including processes of deforestation and urban transformation. An early work produced in Singapore, entitled 'Gully curtain' 1979, consisted of a series of linen sheets hung in gullies in Ang Mo Kio, then a public housing development site, with the stained results installed in the city's National Museum Art Gallery. Later performance and installation works such as 'They poach the rhino and chop off his horn to make this drink' 1989-91, and 'Tiger's whip' 1991, criticised the killing of endangered animals for Chinese medicine. During the decade-long ban on performance art in Singapore from 1994, Tang conducted a series of art workshops with children that investigated the social and cultural meanings of local materials. These included tapioca, a food staple during the Japanese occupation in World War II, and rubber and tin, both central to the colonial economy of the region and responsible for significant transformations of its society and environment. Although perhaps best known for his performance and installation work, Tang has produced drawings and paintings throughout his career, with a focus on figuration. These ink paintings do however contain a strong performative element, through the artist's use of a range of tools such as spoons, rags, and sponges as well as brushes, and the incorporation of spontaneity and accidents in the creation of the images. Dampening the paper before applying the ink, Tang employs bleeding and staining to evocative effect, creating suggestive rather than accurate portraits that attempt to capture the essence or spirit of his subjects. 'Bumiputra' forms part of an ongoing portrait project that the artist began in 2003, and has continued until the present, with a group included in his 2007 Venice Biennale presentation. As with the Venice works, 'Bumiputra' includes several images of banana leaves, a recurrent motif in Tang's work that references the banana plant's presence in local landscapes, histories, rituals and mythology. Tang is considered a central figure in the development of contemporary art in Singapore, and his role in promoting performance art and collaborative work has been recognised throughout Asia. Art historian Apinan Poshyananda has cited him as one of a group of South East Asian artists who have 'received attention for their attempt to redefine conceptualism in terms of local/global contextualisations'.(2) Tang was instrumental in establishing the influential artists' collective The Artists Village (TAV) in 1988, introducing to Singapore conceptual ideas and methods that he had encountered in Europe. Artists such as Joseph Beuys and Marcel Duchamp were particularly important, through their questioning of the role of art in society and of the distinction between 'art' and 'non-art' objects. Through his translation of such ideas into a Singaporean context, Tang's role could be described as that of a mentor, encouraging successive generations of younger artists to resist 'mainstream' artistic conventions and to develop a critical, grass-roots approach to art-making. He remains a revered figure within Singapore's art community today. Biographical details: Tang Da Wu was born in Singapore in 1943. He moved to Britain to study in the early 1970s and was educated at the Birmingham Polytechnic School of Fine Art (graduating 1974), the St. Martin's School of Art, and Goldsmith's College, London (graduating 1985). He returned permanently to Singapore in 1987 and in the following year was instrumental in establishing the artists' collective, TAV, in a group of studios in Ulu Sembawang, which was then a semi-rural district. Tang was involved in most of TAV's early exhibitions and 'happenings', and since the studio's closure due to development in 1990, has continued to participate in performance festivals and exhibitions locally and internationally. These include the Johannesburg Biennale, 1995; the Fukuoka Asian Art Triennial, 1999; the Gwangju Biennale, 2000; the Echigo-Tsumari Art Triennial, 2001; and the Singapore Pavilion, Venice Biennale, 2007. He was the recipient of the prestigious Fukuoka Asian Culture Prize (Art and Culture) in 1999. Essay and biography by Russell Storer, Curator, Contemporary Asian Art, Aug. 2008. 1. Tang, Da Wu, quoted in Poh, Lindy. 'In Your Face: Recent Works by Tang Da Wu'. 'Heroes, Islanders'. Valentine Willie Fine Art, Kuala Lumpur, Malaysia, 2006, unpaginated. 2. Poshyananda, Apinan. '"Con Art" Seen from the Edge: The Meaning of Conceptual Art in South and Southeast Asia'. 'Global Conceptualism: Points of Origin, 1950s-1980s'. Queens Museum of Art, New York, United States, 1999, p.143. Date of series: Although the works span from 2003 to 2005, the works were compiled as a series in 2006, hence the date of the series has been recorded as 2003-06. On the Provenance Form returned by the artist he wrote "2003-2006".

Born in 1943, Tang Da Wu has applied a conceptually-based, grass-roots approach to art-making since the 1970s, and is considered a crucial figure in the development of contemporary art in Singapore.… 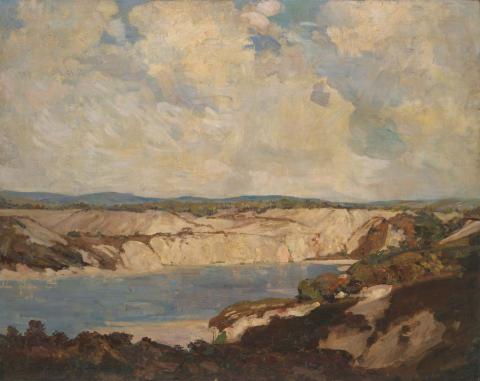 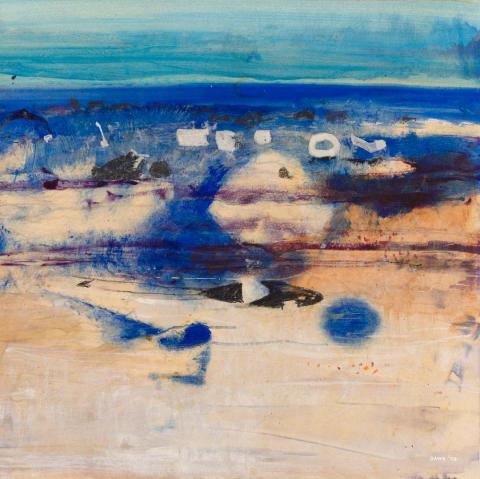 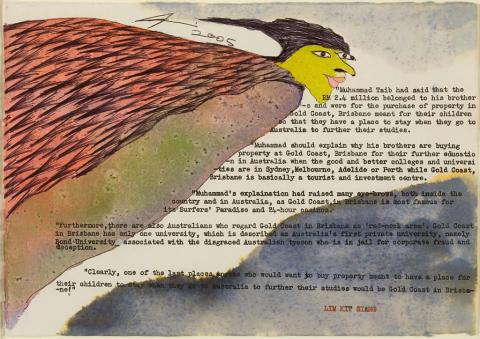 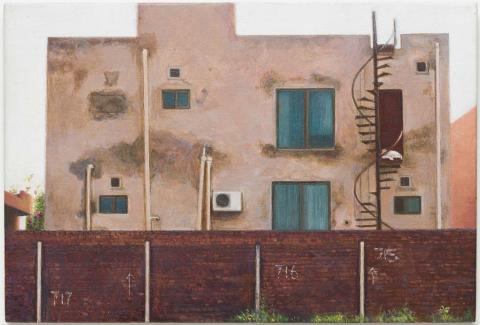 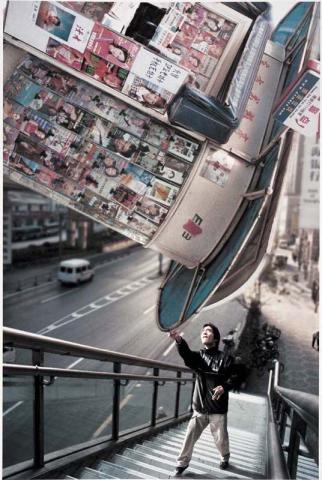 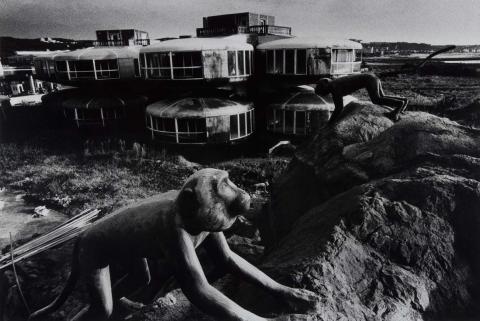