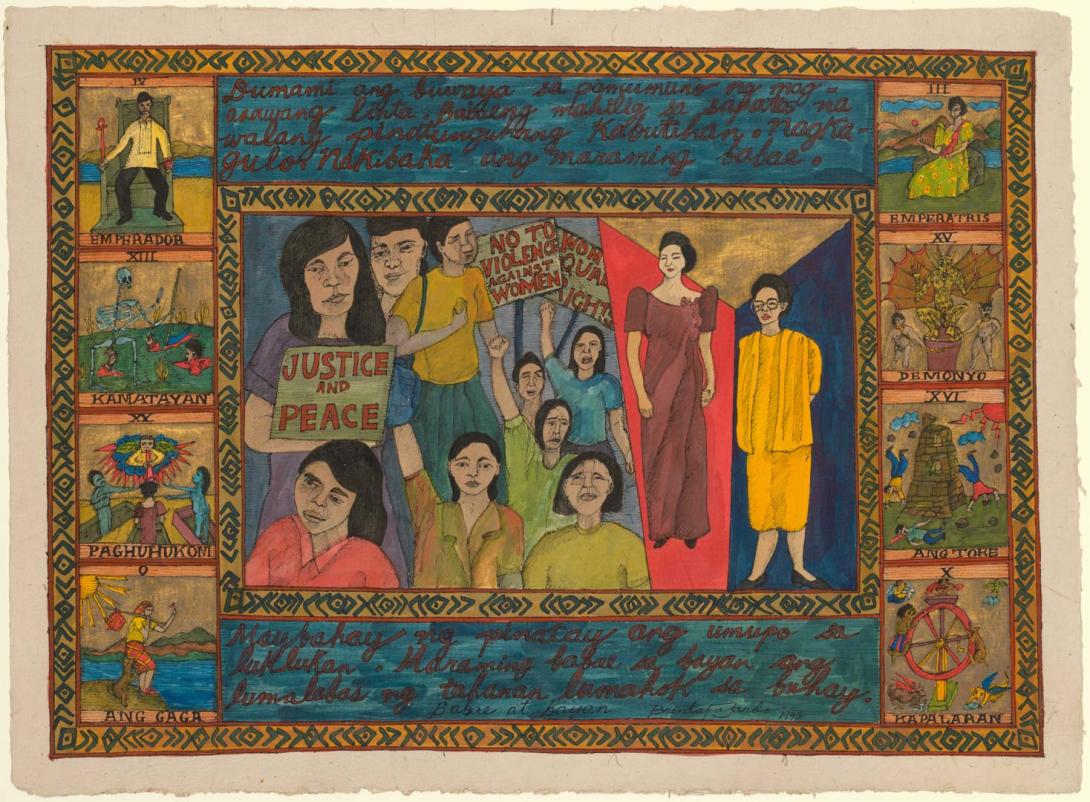 'Brenda Fajardo was born in 1940 in Manila, the Philippines. She first studied painting at the Philippine Women's University, then completed a Master of Science in Art Education at the University of Wisconsin, United States. She now works in graphic arts, art education, art management, art criticism and performing arts. Brenda Fajardo is a founding member of the Philippine Art Educators' Association which specialises in developing creativity in children. She is also a founding member of the Philippine Educational Theater Association and has been involved in both acting and stage design for the association. Recently, she founded BAGLAN, an organisation dealing with art in community development. She is also a professor and former chairman of the Department of Art Studies of the College of Arts and Letters, University of the Philippines. Alongside of these activities, Brenda Fajardo has continued to work in printmaking and painting and has won several awards for her art. Her early prints in etching and aquatint had a surreal character full of personal symbolism. Her work has gradually moved away from classical influence in figure-drawing towards an expressionist and later folk figurative style. The figures of the Tarot cards with their folk idiom and bright, flat colours have inspired a series of coloured-ink paintings, "Cards of life", in which the artist lays out and "reads" Philippine history. The Tarot characters, from the royal figures and the princes of the church to the fool and the hanged man, all suggest contemporary counterparts. Recognition brings humour, irony and pathos; in the confluence of history and contemporary politics there are figures that strongly refer to recent events, such as the EDSA [Epifanio de los Santos Avenue] uprising with its expectations. Beyond the traditional figures, there are people's warriors, men and women from the different periods of history, tribal Filipinos, Muslim Filipinos, and the rural folk. Brenda Fajardo is concerned with a definition of the national identity that involved Filipinos of all classes and ethnic groups. Likewise, a distinct feminist orientation emerges from the wide variety of women figures resisting feudal stereotyping. It is the nationalist viewpoint central to her art which has transformed the world of the Tarot from the non-historical to the historical, from the arbitrary to the realm of human responsibility. To convey these themes Brenda Fajardo has developed a style of vividly coloured figures, hues, applied flatly and in high saturations, combined with gold accents as in medieval illuminations - a style which has assumed a distinctly personal quality in the course of the series - with the figures becoming more spontaneous and supple, well suited to the narrative impulse. In some works she has brought out contrasts between colourful Tarot sections and central sections in sepia, portraying marginalised social groups. Hers is a continuing quest for meaningful art arising from the dialogue with the exigencies of form.' Guillermo, Alice. 'Brenda Fajardo' in 'The first Asia-Pacific triennial of contemporary art', QAG, Brisbane, 1993, p.34. Brenda Fajardo’s prints and paintings consistently address social and political issues while drawing on folk art, figurative painting and, in this series, the imagery and visual arrangement of tarot cards. The colourful and carnivalesque figures of the tarot have inspired this series of ink paintings, in which the artist offers an alternative ‘reading’ of Filipino history. Its characters – from royal and religious figures to the Fool and the Hanged Man – suggest contemporary counterparts in Filipino society, placed within the scenes of historical events. As well as traditional figures, there are popular heroes, men and women from different eras, and tribal and Muslim Filipinos, reflecting the artist’s interest in history and the complexity of national identity across class and ethnic groupings. The variety of women figures resisting feudal stereotyping suggests a distinct feminist orientation. 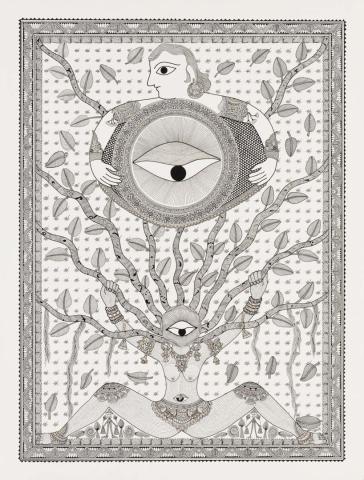 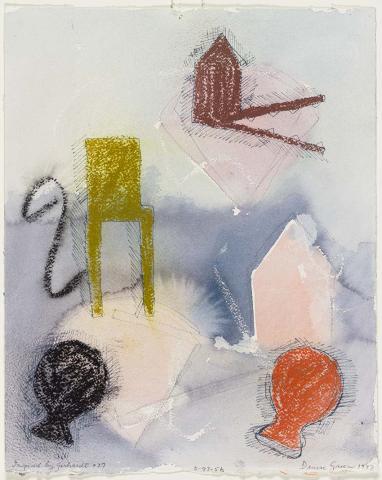 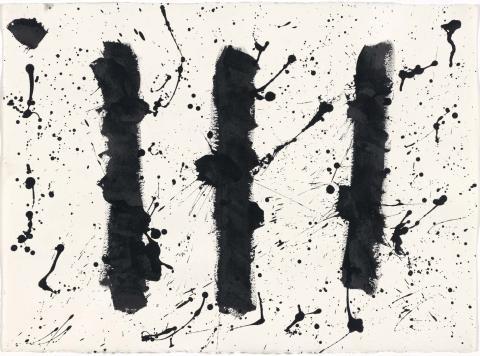 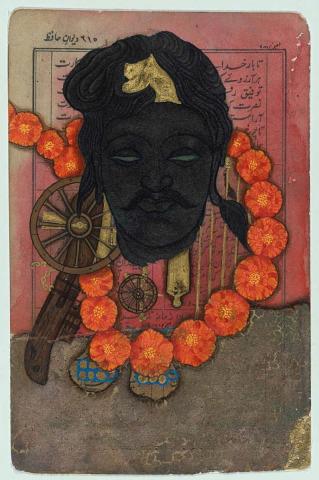 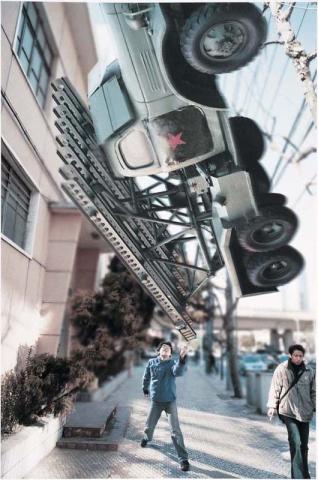 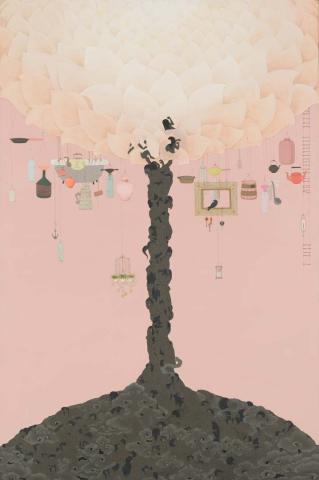