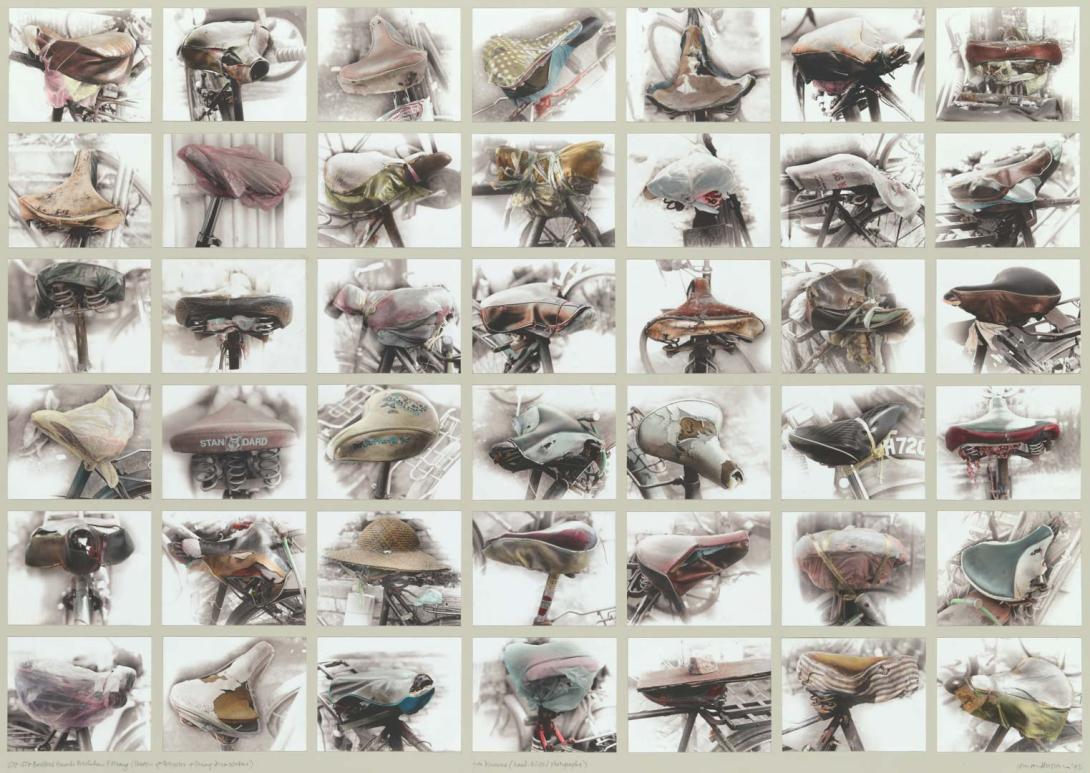 'Ismail Hashim was born in Penang, Malaysia in 1940. He holds teaching certificates from Malaysia and England, a Bachelor of Arts (Honours) majoring in Fine Arts from Universiti Sains Malaysia in Penang (1975), and a Master of Fine Arts from Washington State University, United States (1979). He now teaches graphic design at the Universiti Sains Malaysia, where he is currently also Director of the Arts Centre. Being one of the very few Malaysian artists working in the photographic medium, Ismail Hashim has exhibited widely within Malaysia and overseas. Renowned as a graphic designer, painter and a skilled draughtsman, Ismail Hashim is identified most often as a photographer or, more exactly, a creator of meticulously crafted, hand-coloured black and white photographs. While his photographs appear to be straightforward, unstaged scenes of nooks and crannies of Malaysian life and environment, their design clearly reflects the selective eye and mind of the photographer. The economy of superimposed colours, while usually faithful to the real hues of the objects, reveals the artistic transformation of reality. Ismail Hashim chooses the photograpic medium partly because photographs can record things as they are. Self expression comes in the sensitive selection of objects "sitting together at the moment in which they are captured on film". It is this apparent unstaged quality that he finds meaningful and aesthetically pleasing. In reality, his presentation of objects is anything but straightforward. His design sense combines with the keen illustrative eye of the graphic designer, and he turns the blandness of the ordinary visual environment into something which demands not to be taken for granted. Old and worn-out bicycle seats are deftly transformed into aesthetically pleasing icons of Malaysian life. In his work "The barber shop", the barber's chair, old but sturdy, demands attention as an emblem of the recent Malaysian cultural past, inviting recognition as a record of iconographic changes in life and culture. It presents itself as an art object not dissimilar to what used to pervade the traditional life of ordinary rural and urban Malaysians. The rustic charm which Ismail Hashim manages to extract from his scenes of ordinary life is often imbued with a feeling of neglected beauty. And the sense of nostalgia or regret for technological advancement in material culture becomes almost a subtle social comment. Ismail Hashim beautifies the rude, the drab and the funny, moving the viewer to weight the aesthetic and human implications of industrialisation and cultural change.' Shariff, Zainol Abidin Bin Ahmad. 'Ismail Hashim' in 'The first Asia-Pacific triennial of contemporary art', QAG, Brisbane, 1993, p.25. A graphic designer, painter and educator, Ismail Hashim was best known for his meticulously hand-coloured black-and-white photographs of daily Malaysian life. Hashim chose to work in photography for its capacity to record things as they are, finding the opportunity for self-expression in selecting objects ‘sitting together at the moment in which they are captured on film’. This work features 42 bicycle seats of varying condition and type, each belonging to a worker on the docks of Penang, photographed in a consistent style and arranged into a tidy rectangular grid. As with a similar project that documented mailboxes along a single road, Hashim used this serial strategy to celebrate the beauty and complexity of everyday objects that might otherwise go unnoticed, while alluding to broader issues of labour and class. 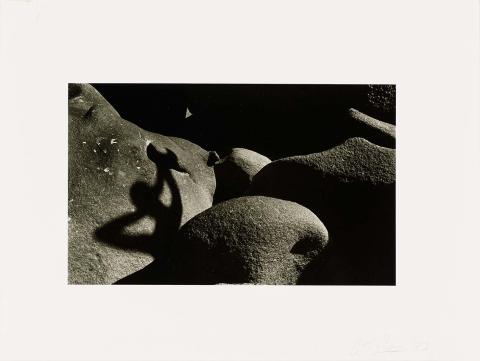 (Rocks with shadow of a figure) (from 'Magnetic Island' series) 1982 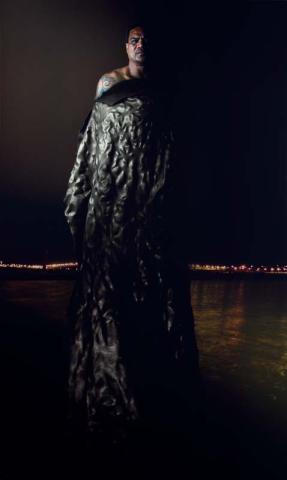 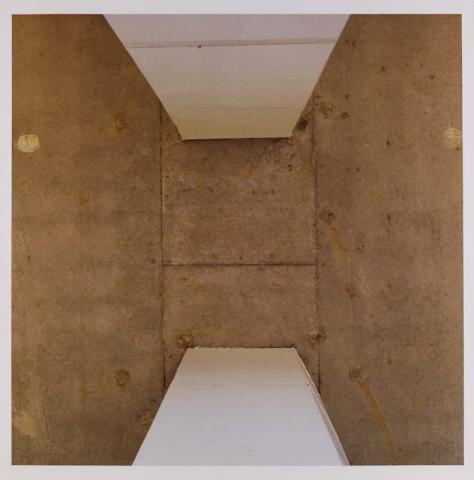 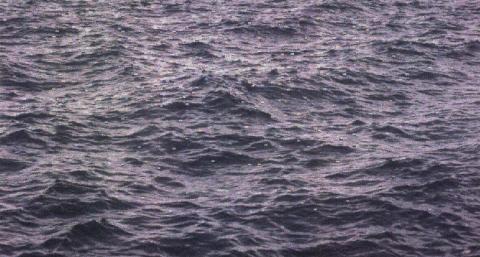 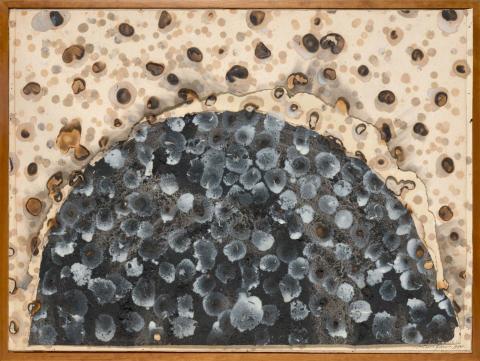 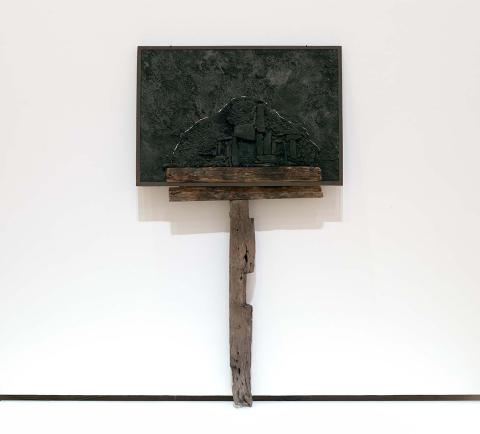