For biographical information see Acc. no. 1:1182 'Additional information'. Although George Bell's preferred subject was portraiture or landscape, he sometimes produced still lifes such as 'A painter's table' 1930 incorporating floral arrangements, which he enjoyed painting. Bell was a great protagonist of the modern movement and in the 1930s this came to a head with his involvement in the formation of the Contemporary Art Group and the Bell-Shore School. His interest in modernism was reflected in the developments of his own technique during this decade. In the 1930s he graduated from a thin, smooth surfaced manner with an emphasis upon creating depth through tone, to a flatter, more colourful post-impressionist style. 'A painter's table' however, shows none of these new developments. Rather, it is one of the last paintings Bell produced which demonstrated the traditional techniques of his earlier work.(1) Bell lived in Europe when this work was painted. Victoria Garton, Curatorial Assistant, Sept. 1999. 1. Helmer, June. 'George Bell, the Art of Influence'. Greenhouse Publications, Victoria, 1985, p.72. 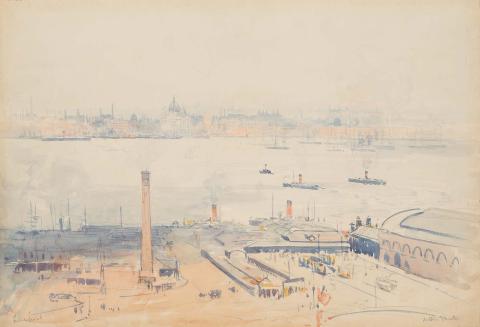 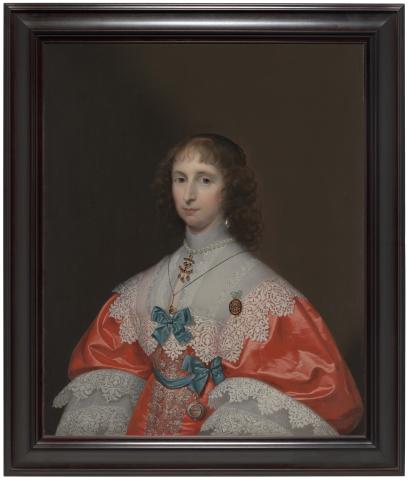 Portrait of a lady, half length, in a red and white dress with blue bows c.1640 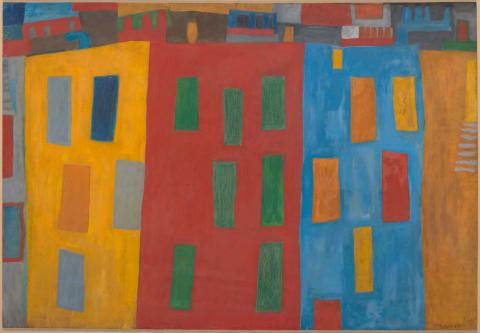 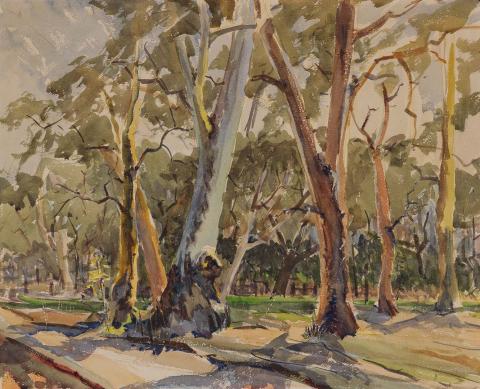 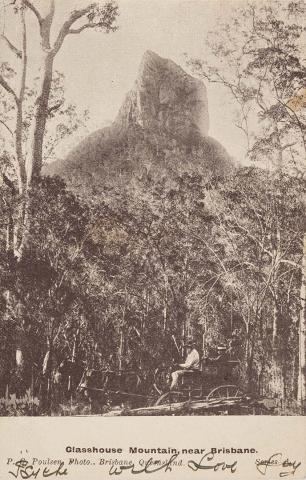