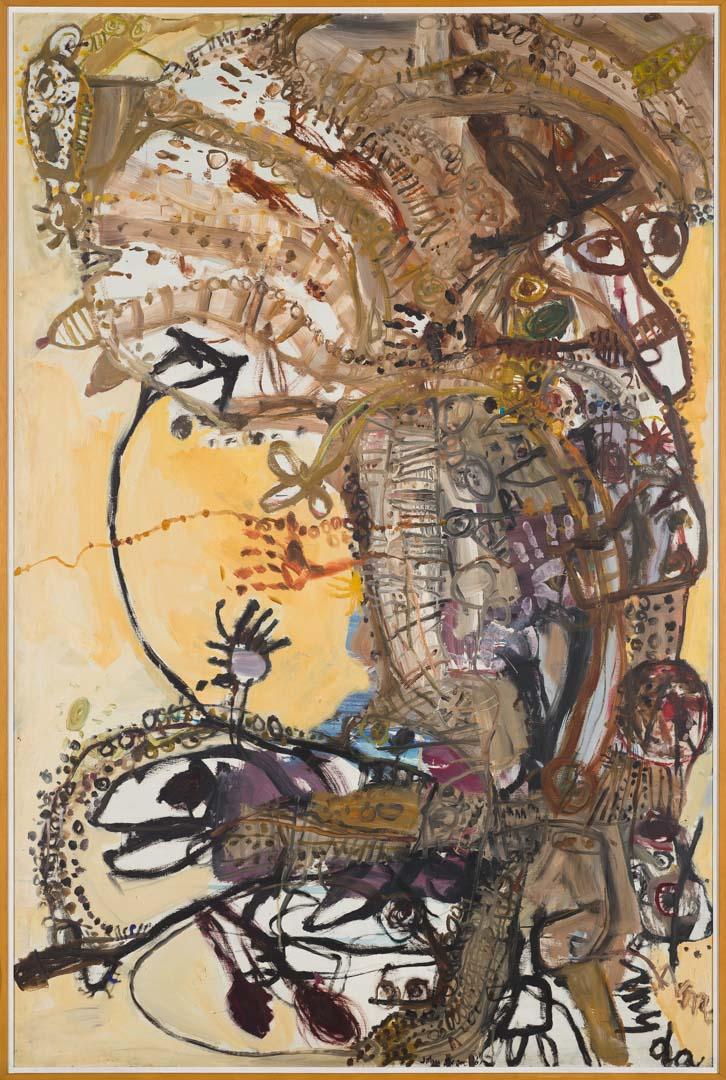 After returning to Australia from Europe in the early 1960s, John Olsen produced a series of paintings based on his responses to the country around Sydney. Journey into the you beaut country no. 2 1961 is an energetic blend of line, colour and form which envelops the viewer through its swirling perspective. Representational elements, including the snake which winds its way across the canvas and the hand print at the centre of the work, contrast with the abstract elements of the painting.

Though Journey into the you beaut country no. 2 was influenced by contemporary international developments in painting, Olsen's subject and approach is distinctly Australian. The aerial perspective he employed was used increasingly during the late 1940s and 1950s, when many Australian artists took their first aeroplane flights. This viewpoint effectively disrupted normal landscape views, giving a fresh look at the great breadth of the Australian landscape.

Olsen also found inspiration in his love of Australian vulgarity, and deliberately imbued his work with an irreverent, almost unfinished, quality. The 'Australian larrikin' is also embodied in the painting's exuberance and playful energy, and is reflected in the vernacular language of the title. 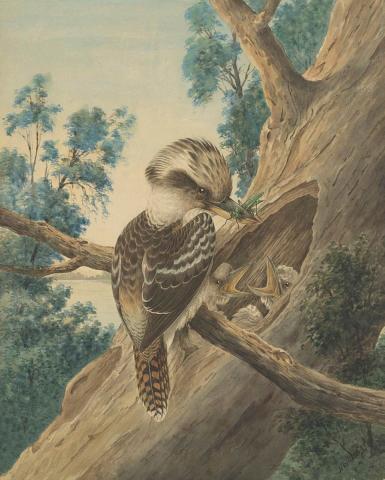 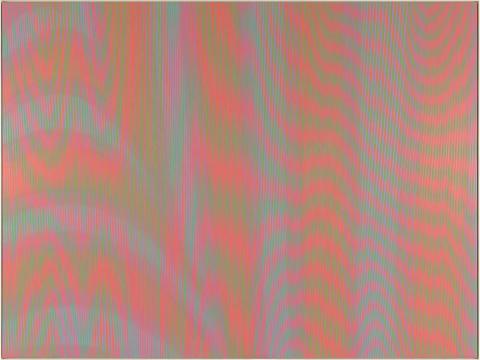 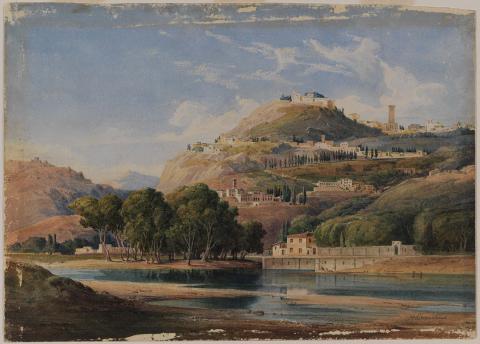 Fiesole and the river Arno 1861 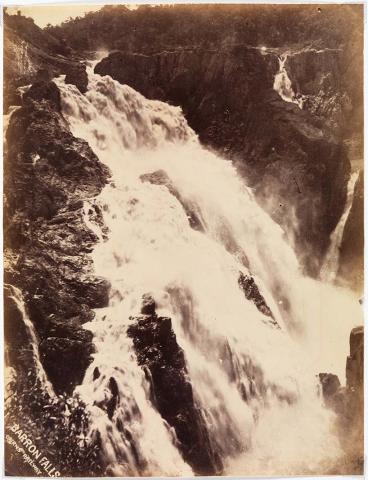 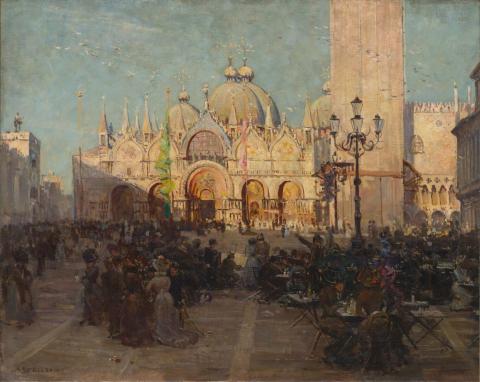