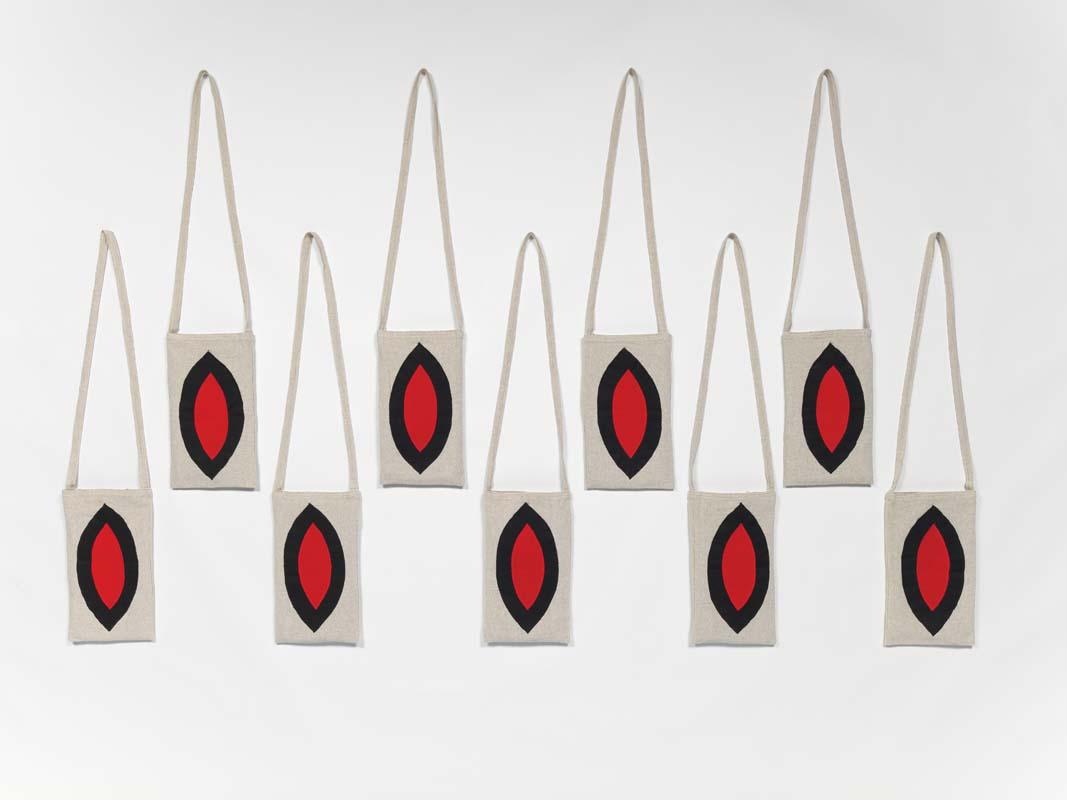 The title of this work makes a bold claim for the viewer's attention. Attached to a work made by an Indigenous woman artist, the words immediately suggest sexual contact between black and white by using the colloquial term for Aboriginal women by white frontiersmen. (The phrase is also the name of a heady cocktail of stout and champagne, with resonances of a combination of wealth and hardship).

The work invites its viewers to consider the racism inherent in this term and to confront it. It packs a considerable political punch, and yet is deceptively simple in form: a series of modest cotton dilly bags hanging in two rows.

The nine stitched cotton bags are based on both traditional Aboriginal dilly bags and more modern equivalents made from flour bags or, more recently, those made by Third World manufacturers for First World counter-cultural markets.

The emblem stitched to the front of each bag is a red and black representation of the female sexual organ, an image as ancient as the prehistoric art forms of all the world's continents, and as modern in its application as recent feminist political movements. 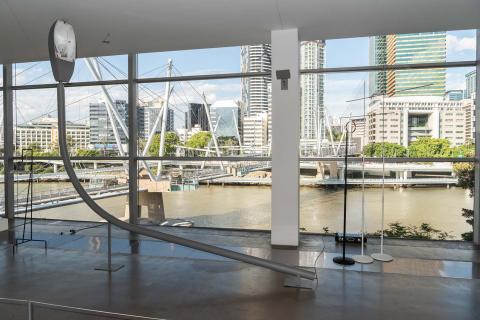 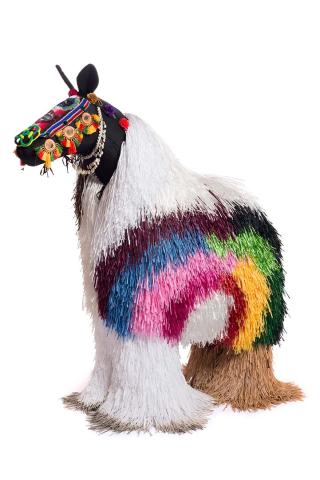 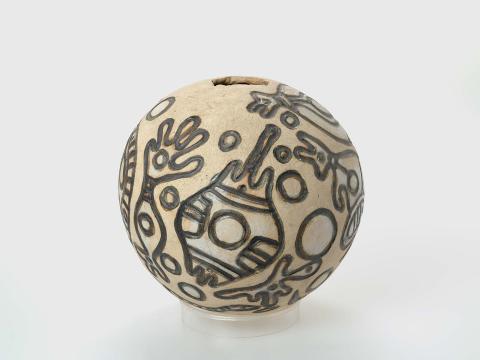 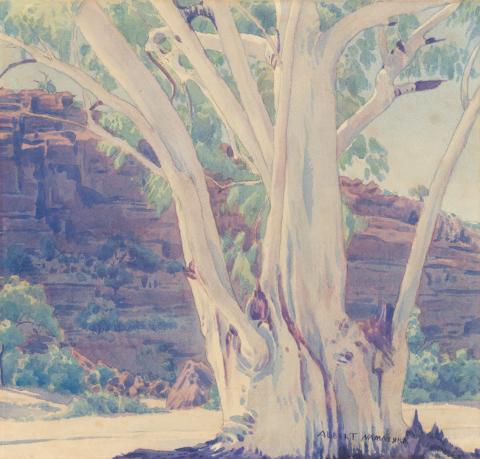