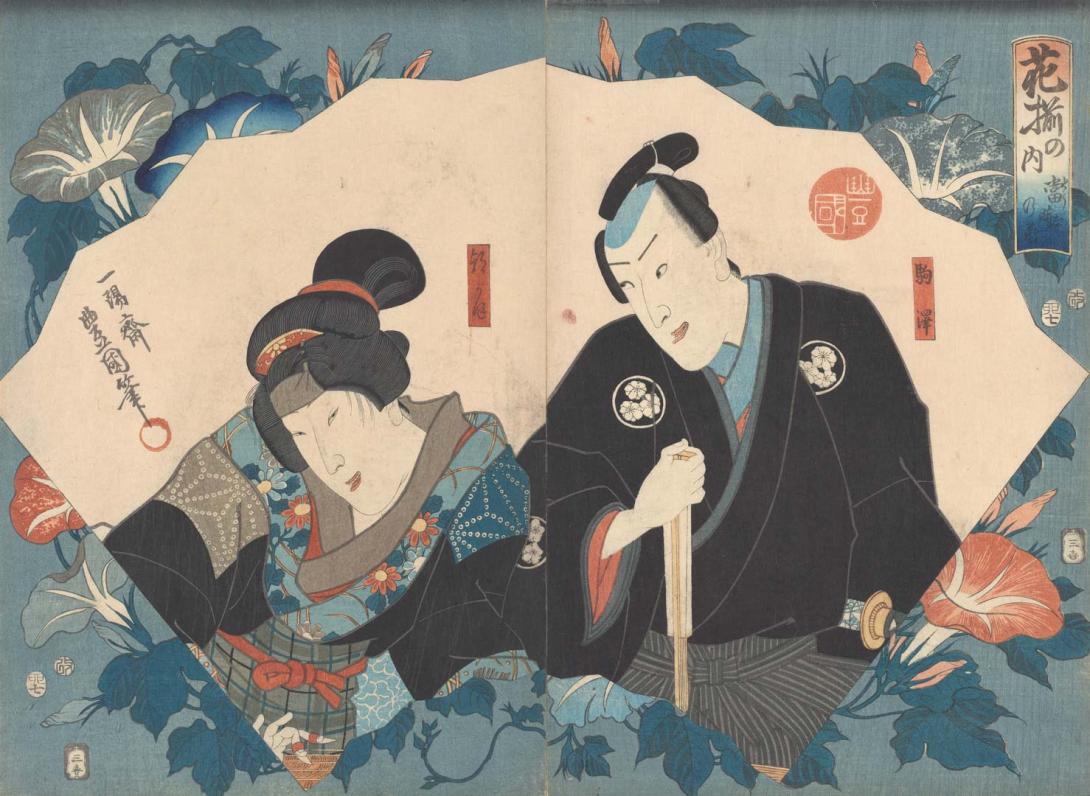 Kunisada, also known as Toyokuni III, was a leading ukiyo-e painter, print artist and illustrator. At age fifteen he became a pupil of Toyokuni (1769- 1825) under the name Kunisada; in 1807 he produced his first book illustrations; in 1808 his first actor paintings; from 1833 he studied the style of Itcho under Hanabusa Ikkei, taking the name Kochoro; in 1844 he took over the studio name of Toyokuni. Kunisada was Toyokuni's third notable pupil and one of the leading artists of his day. 'Kunisada, like all the pupils of Toyokuni and Toyohiro, bore the art surname Utagawa. The whole Utagawa School in the nineteenth century bears the mark of the stereotyped style that Toyokuni had adopted following the death or retirement of his betters at the opening of the century. Kunisada, who had also studied the style of Itcho, was the most famous and prolific figure- print artist of his day. He is still admired by Japanese connoisseurs of the decadent days of old Edo, particularly for his prints of girls and courtesans and for his erotica... Throughout his long career he produced huge quantities of prints of courtesans and actors consistently more adept than that of any but one or two of his rivals. As a whole, his work typifies the neurotic and unstable tendencies of his age doubtless better than that of any other artist...' Edited extract from: Lane, Richard. 'Images from the floating world: The Japanese print'. Alpine Fine Arts Collection, London, 1978, pp.186-87. This particular image by Kunisada is unusual in its diptych format (two sheets butted together) and emphasis given to the narrative depicted within a traditional fan shape. For information on Toyokuni see Acc. no. 1990.277 'Additional information'. For further biographical and background information see Acc. 2019.222 'Essay'. 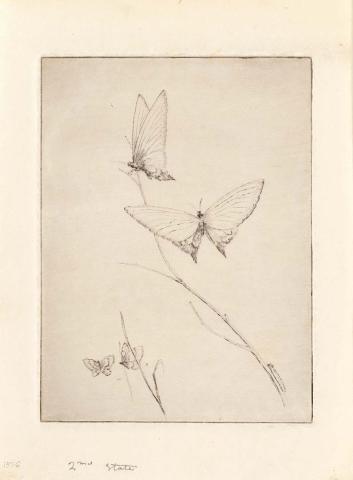 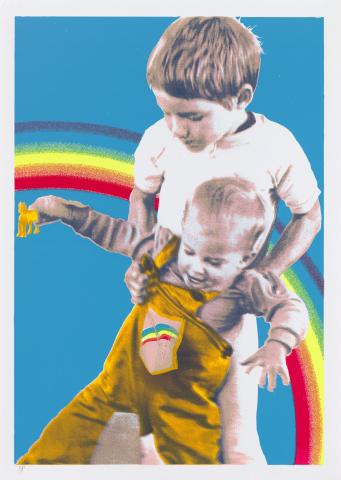 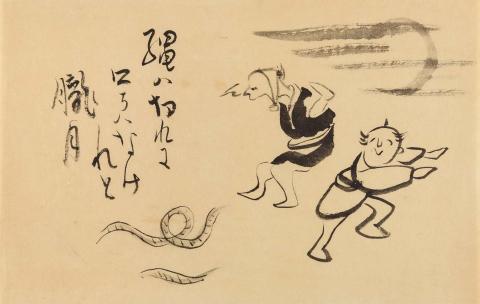 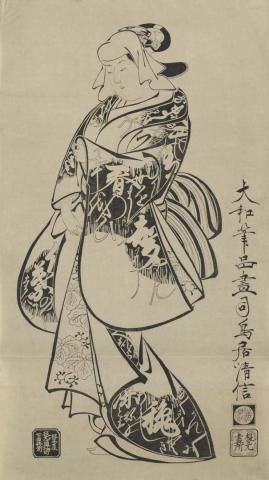 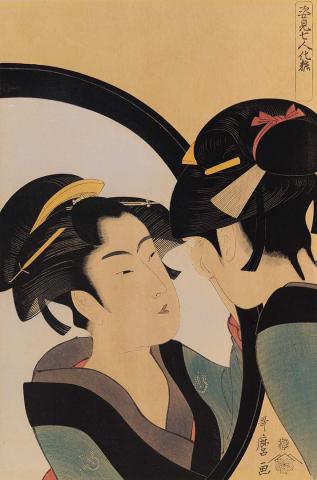 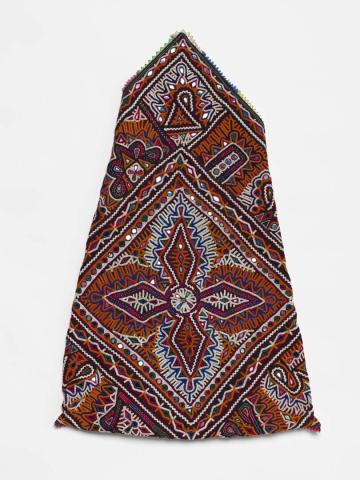