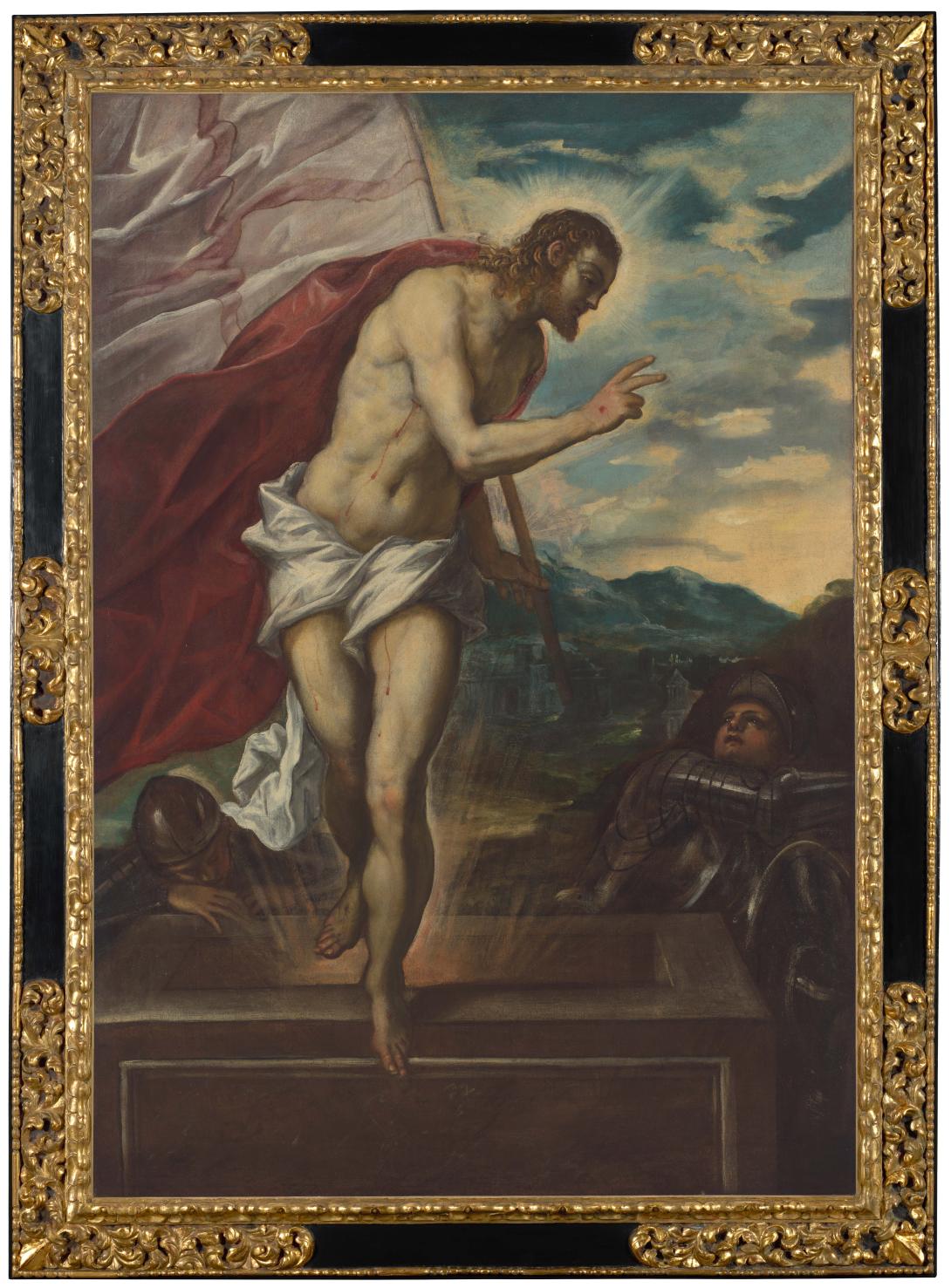 Jacopo Tintoretto was one of the leading painters in Venice during the second half of the sixteenth century. He was nicknamed 'little dyer' for his father's occupation of tintore (a dyer) and 'il furioso' ('the furious one') for his rapid method of painting.

Tintoretto is best known for his religious works, many of which were commissioned by churches, though he also painted portraits of eminent Venetians.

This painting reveals a mannerist style, emphasising a dramatic, theatrical mise en scene, a heightened use of colour, and an asymmetrical composition.

The figure of the risen Christ dominates the scene, and almost the entire canvas. Rising from the sarcophagus, he appears to be levitating. This and the halo of light around his head illustrate his supernatural powers and the triumph over death.

A red cloak and a flag (bearing the red cross of the resurrection) stream to the left side of the painting while Christ turns to the right in the act of blessing a recently awoken guard.