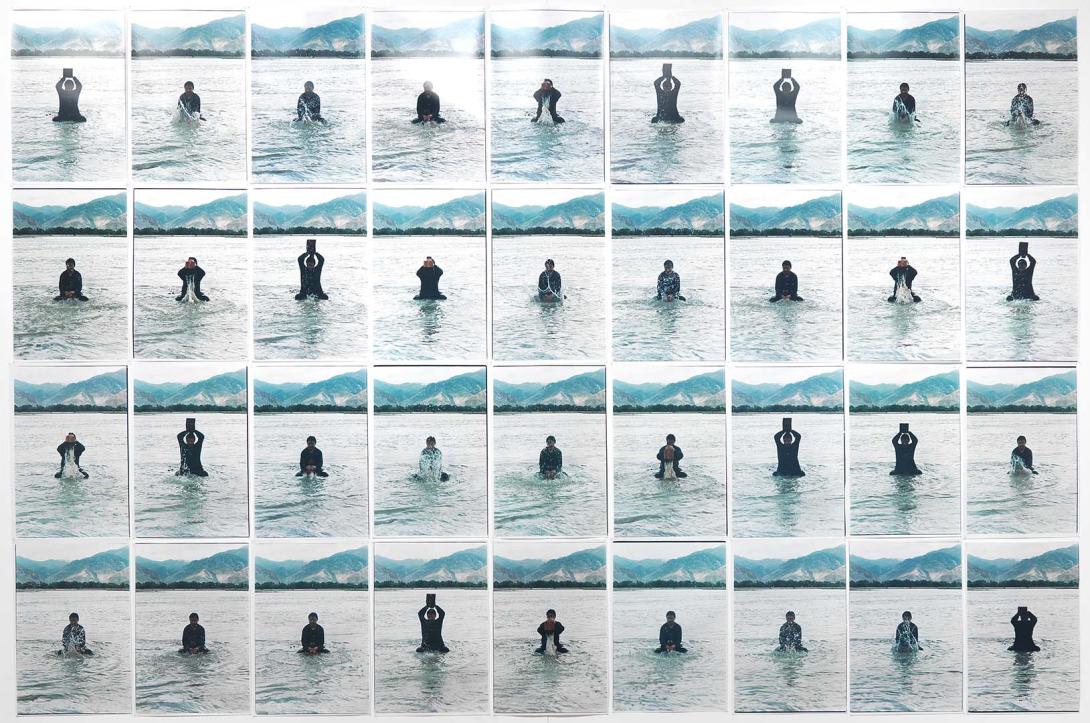 Stamping the water is photographic documentary evidence of an hour-long performance that took place in the Lhasa River, Tibet, in 1996. Song Dong systematically stamped the 'sacred' water with an archaic wooden seal carved with the character for water. The seal left no trace and consequently its power as an ideograph was instantly dispersed. The authority of the art work resides instead in Song Dong's 'central gesture', a heroic and futile reiteration that recalls those innumerable small acts through which an individual attempts to construct and regulate a relationship with the world.(1) The 36 serial photographs that record this performance appeared in 'APT 2002: Asia-Pacific Triennial of Contemporary Art', Queensland Art Gallery in 2002. The artist views the photographs as objects without 'space, sound, touching, taste, time, temperature, experience and emotion.'