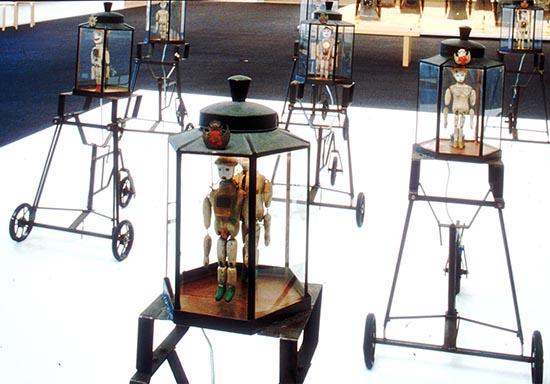 'The 4th Asia Pacific Triennial of Contemporary Art' (APT4) featured work by a core group of influential artists from the Asia Pacific region who challenged and shaped the course of contemporary art and modern culture over recent decades — Yayoi Kusama, Nam June Paik and Lee U-fan. These works were supplemented by a younger generation of artists who explored related ideas and themes.

Unlike earlier Triennials, which surveyed more than 70 artists each, APT4 focused on a substantial body of work by 16 artists and a performance collective. The exhibition occupied more than 80 per cent of the Queensland Art Gallery's display space, allowing each artist to be represented in depth.