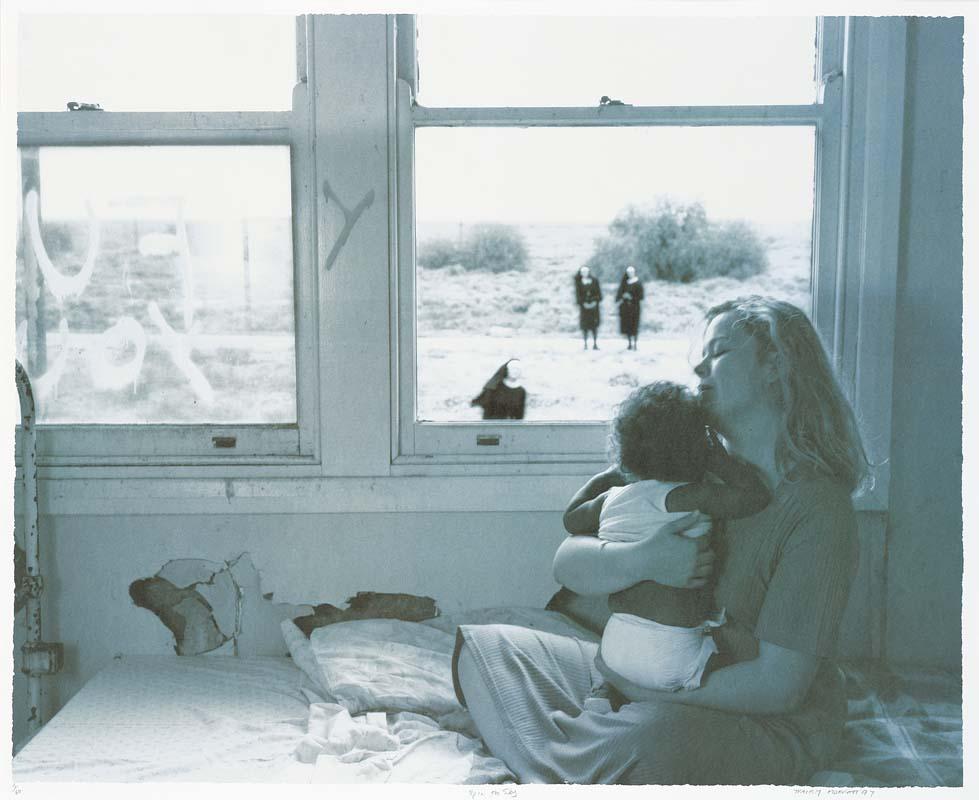 For biographical information see Acc. no. 1992.114 'Additional information'. Tracey Moffatt embraces a range of references in her work, including documentary, advertising and commercial photography, the conventions of early modernist photography, and avant-garde film. Her 1997 photographic series 'Up in the sky' particularly references the medium of film. Commissioned directly from the artist by the New York Dia Center for the Arts in 1996 and shot at Broken Hill, NSW, 'Up in the sky' comprises a set of twenty- five photographic images, printed using the offset process. Offset printing is a ubiquitous and populist form of visual information, though in this instance, offset is employed as a fine arts medium. Moffatt chose this process for one earlier sequence of limited edition images, namely 'Scarred for life' (1994). (The 'life' in the title of the 1994 series obliquely refers to 'Life' magazine, the longstanding American photo-pictorial magazine.) For 'Up in the sky', Moffatt photographed friends and professional actors in staged situations that form a loose cinematic narrative. Moffatt composes her works in a directorial fashion like a filmmaker, by storyboarding them, constructing sets, casting and directing characters. Each image is like a frozen film still and conveys a loose episodic structure. Pier Paolo Pasolini's 'Accattone' (1961) has been credited as a source for the style and structure of 'Up in the sky'. Moffatt, a keen cineophile and self-declared admirer of Pasolini, also shares the Italian director's preference for amateur actors over professionals. The filmic quality of these images is emphasised by their soft focus, derived from the technique of preflashing. This reduces the contrast of the print, by exposing the film to a white card for a fraction of the main exposure, then re- exposing the film with the intended subject. This creates a gentle fog-like effect, well suited to the surreal juxtaposition of imagery and fragmented narrative in this particular series. The use of both sepia and black and white prints emphasises the artificiality of the images, thus blurring any 'documentary' reading of this series. The subjects of this series are gritty outback characters playing out vignettes demonstrating racial tensions, poverty, and the experiences of the Indigenous stolen generation in a world filled with eroticism, violence and madness. The locations of these images are not specific although the displaced and hybrid subjects are undeniably Australian; they convey the mythic status of the outback in the Australian city-dwelling consciousness also echoed by the Australian 'Mad Max' film trilogy ('Mad Max II', 1981, was also shot at Broken Hill). The themes of small-town misfits, outcasts, and grotesque figures explored by Southern American writers like Carson McCullers and Tennessee Williams can also be detected as references in 'Up in the sky'. In a review of the 'Up in the sky' series, Jacqueline Millner observed: 'By interrupting a straight reading of the dire poverty and bloody racial tensions of the Australian bush, Moffatt extends the associative reach of her images. Suffused with a surreal, even malignant quality, these fleeting glimpses could be film-stills, visual expressions of a nightmare, or even a spoof on the moralizing character of traditional social realism.'(1) From existing Texpress essay updated and with additions by Angela Goddard, Curatorial Assistant, Australian Art, Oct. 2002. 1. Millner, Jacqueline. 'Eyeline', no. 36, Autumn/Winter 1998, p.45. Note: acute over first a in Contemporanea in 'Exhibition history'. 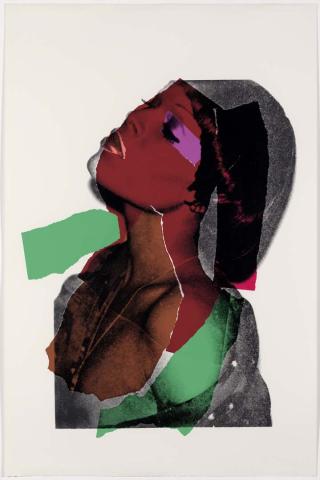 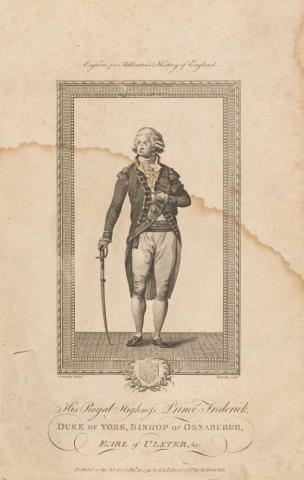 His Royal Highness Prince Frederick, Duke of York, Bishop of Osnaburgh, Earl of York (from 'Ashburton's History of England' series) 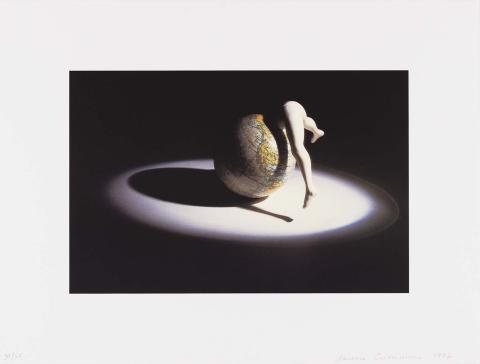 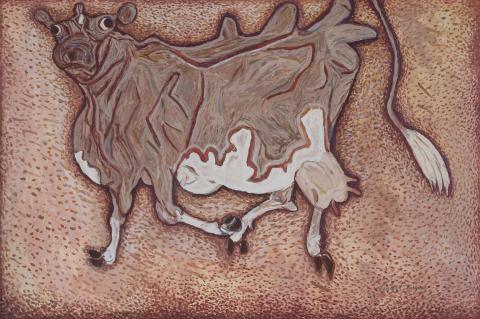 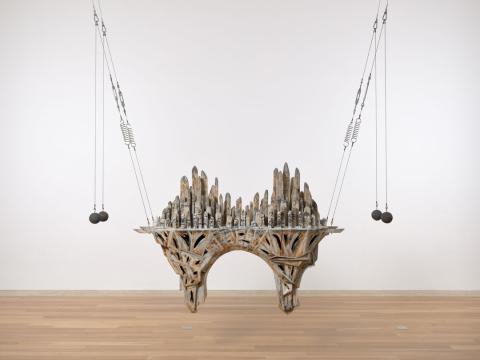 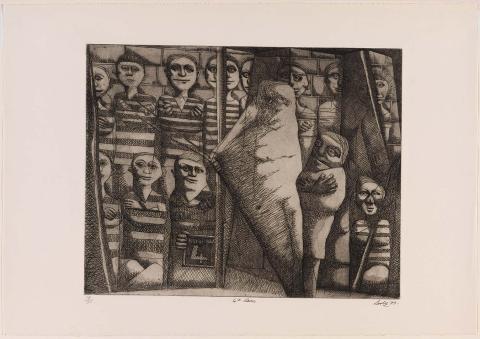