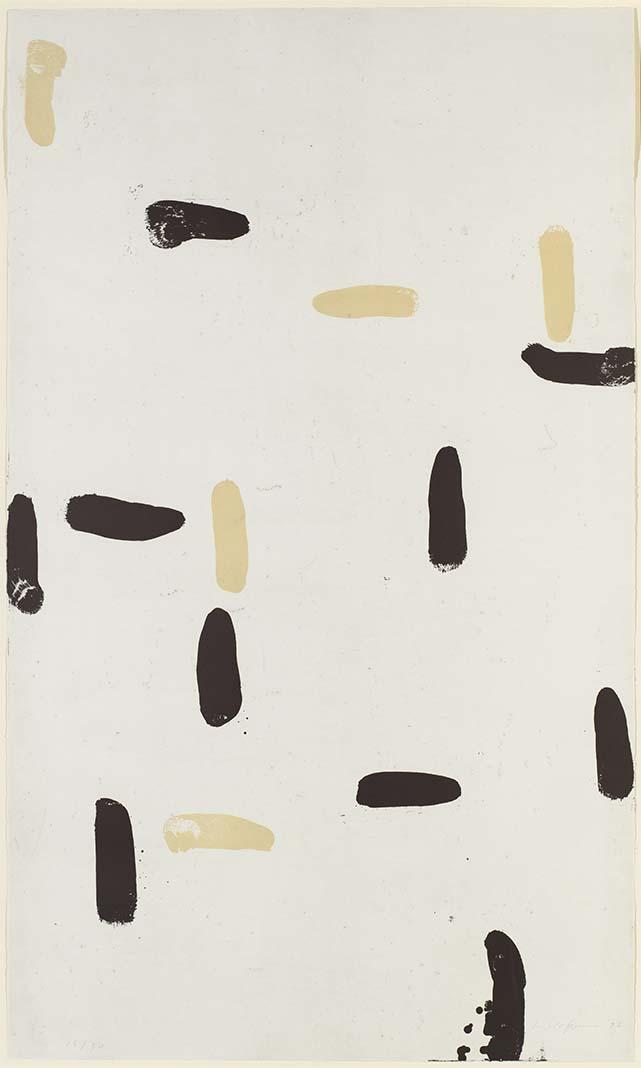 In 1992, Lee Ufan began a series of lithographs titled 'In Milano' that was printed and published by Giorgio Upiglio, in Milan, Italy. Giorgio Upiglio heads an esteemed atelier of books and prints, its practised etchers having collaborated with artists including Giorgio De Chirico, Joan Miro, Alberto Giacometti, Lucio Fontana, Mimmo Paladino, Marcel Duchamp, Gunter Grass and Ernesto Bodini, amongst others. Giorgio Upiglio's own extraordinary talents as an 'impresario' are founded on his drive to experiment with new techniques. 'In Milano' is a series of five lithographs with drypoint, which continues Lee's exploration of the mark and meaning of the brushstroke - an iconographic study prevalent in his 'From point' (Acc. no. 2004.127), 'From line' (Acc. no. 2004.297), and 'With winds' (Acc. no. 1998.116) series of paintings. The surface quality of the print, its indentation onto the surface of paper, is markedly different in nature from the pulled paint of a brush, though the treatment of space remains central to each composition. These prints were the precursor to his 'Correspondance' series (Acc. no. 2002.156), characterised by their formidable compositional concentration.