Alison Knowles holds a unique place in the history of contemporary art. Beginning her career as a painter in the late 1950s, she soon became a major force in the development of 'intermedia'. She is a pioneer in the creation of performance art and experimental books and printmaking. Knowles was the sole female member of the original Fluxus group to tour Europe in 1962 and has adhered to the principles of that movement up to the present. She co-founded Printed Editions Publishing Cooperative with Dick Higgins in 1977, and served as a special editor with Something Else Press. Knowles was an Associate Professor of Art, California Institute of Arts from 1970-73 and has been the receipient of many international residencies, grants and guest lecturing positions. Knowles has performed her work extensively in North America and Europe, exhibiting with the Emily Harvey Gallery, New York in 1990. 'Coco Princesse' documents a number of scrabble games played by Alison Knowles, Dick Higgins, Bryan McHugh and, on one occasion, John Cage. The scrabble game is printed in red, bean names are in black while the large white shapes represent the computer paper as torn with the computer setting on it. Printed in four panels on fabric, it is one of Francesco Conz's editions of Fluxus artworks on cloth which have offered a diverse number of multi-media artists, poets and composers the opportunity to project their work on a grand scale. Mass-produced, these large prints from the 1980s and 90s can be hung as banners, pinned or stretched on frames for the wall. With the emphasis on text and minimal structure, 'Coco Princesse' resembles a concrete poem, underscoring the elements of chance in its unpretentious arrangement. Good nature, charity, humour and play are at the core of Fluxus, as borne out by this delightful work. For information on Fluxus see Acc. no. 1993.267a-d 'Additional information'. 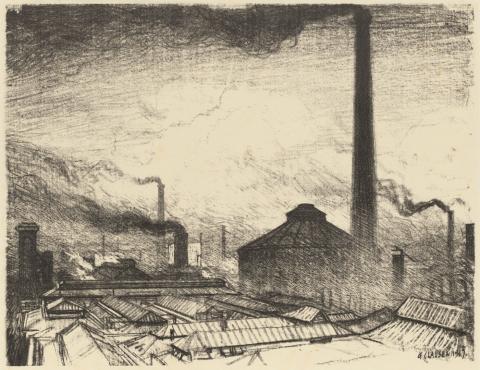 Roof tops, munitions plant (from the set 'Making guns', in 'The efforts', the first part of 'The Great War: Britain's efforts and ideals shown in a series of lithographic prints' series) 1917 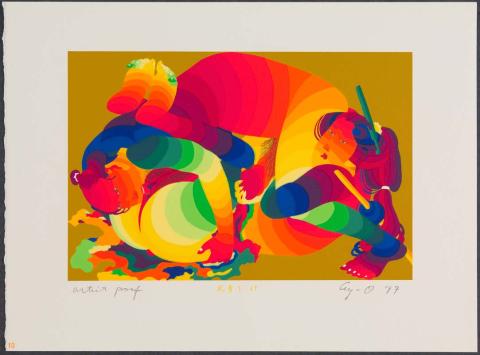 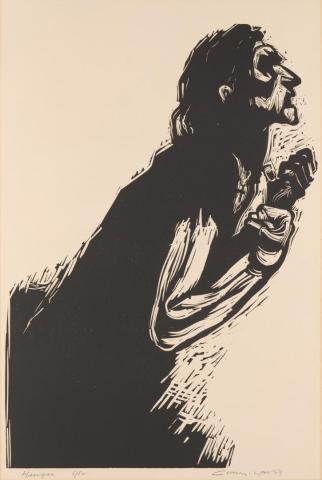 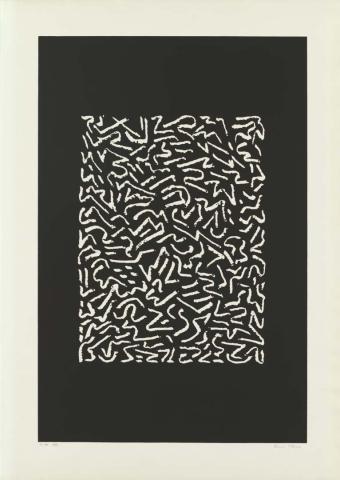 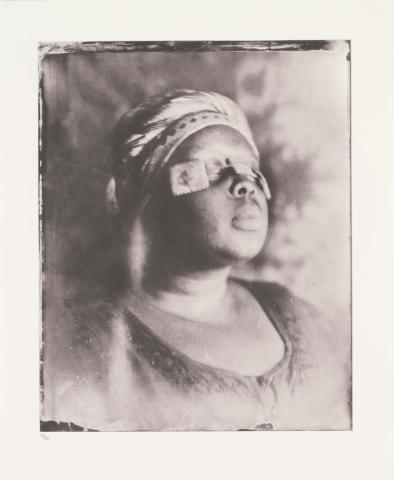 Tééré (from ‘Dwelling: in this space we breathe’ series) 2018