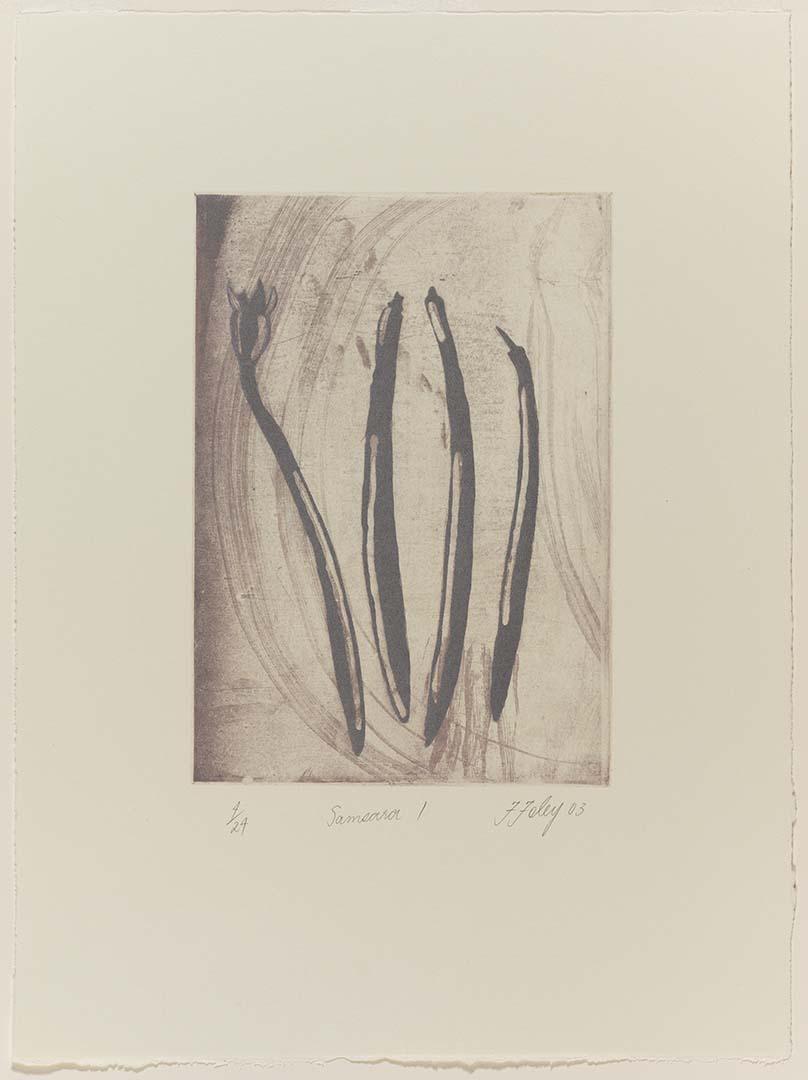 For biographical information see Acc. no. 1989.003a-d 'Additional information'. The 'Samsara' series represents a return to printmaking techniques by Fiona Foley during a residency at the National Institute of the Arts in Canberra between July and September 2002. The word 'samsara' is taken from Hindu philosophy and refers to the illusory cycle of birth and death. The quest for 'liberation' from 'samsara' is also a fundamental doctrine in both Buddhism and Jainism. Throughout her work Foley often combines elemental motifs found in other cultures with those selected from the material culture of her own Badtjala ancestral traditions. The Badtjala language group is from Fraser Island, Queensland. Thus in Foley's prints various motifs appear, including the spiral, leaf, seeds and the rhomboid shape, some of which derive from Badtjala weavings and ground sculptures but are equally celebrated in other visual traditions. Foley's sparse organic compositions often suggest specific references to her Badtjala heritage. Through these, the artist hints at the subtleties of nature's cycles and its visual signals to those with intimate knowledge of their meaning. In 'Samsara I' (Acc. no. 2003.151) the seed pods of the mangroves which grow around the bay side of Fraser Island are featured. They are an important reference in the artist's imagery. The mangrove motif was the focus of Foley's 2001 project exhibition at the Queensland Art Gallery and the image of these mangrove seeds is almost identical to a suite of cast aluminium sculptures by the artist included in that exhibition and illustrated on the cover of the accompanying publication. As Julie Ewington wrote, 'Badtjala forebearers valued the mangroves both for their place in traditional stories of country and as an important source of food.'(1) 'Samsara II' (Acc. no. 2003.152) shows a design found on a warrior's shield held in the Queensland Museum. The design is one that the artist also replicated for the Queen Street Mall project, completed in 1999. In 'Samsara III' (Acc. no. 2004.011) a scratched surface, resembling sticks and twigs, supports three motifs. Reminiscent of flying lips, these mysterious green shapes are in fact sea almonds, a source of food which is found on the northern sand dunes of Fraser Island. Their appearance in March signals a season of new growth - spinifex are sending out new runners, and mangrove plants are sprouting in the southern part of the island. The background is a piece of fibre found on the beach retted by the salt water over time so that the fibres are separated. The etched fibre image is overlaid with the second aquatint of the sea almond images. 'Samsara IV' (Acc. no. 2004.012) illustrates the leaves of the yam plants which grow on Fraser Island and continue to be a food source for Badtjala descendants. 'Samsara V' (Acc. no. 2003.153) shows a spiral design. This universal symbol was also used by Foley in the public commission for Parliament House, Canberra, where the spiral design was reproduced in marble in the work 'Tribute to A'vang' 1998-2001. In 'Samsara VI' (Acc. no. 2003.154) a rhomboid design is based on an historical Badtjala weaving from Fraser Island held in the Queensland Museum. The overall shape is also evocative of sand sculptures, which are part of the artist's oeuvre. 'Samsara VII' (Acc. no. 2004.013) shows a shield design of the Badtjala people which is held in the collection of the Queensland Museum. The artist used this shield design in making the sand sculpture which was installed during the Queensland Art Gallery's focus exhibition 'Fiona Foley: Pir'ri mangrove' in 2001. These aquatints were produced by the artist during her artist-in-residency at the Printmedia and Drawing Workshop and the Edition and Arts Book Studio at the School of Art, National Institute of the Arts, Australian National University, Canberra. Aquatint is a special form of etching, created by etching sections rather than lines of a plate. First a porous ground of powdered or melted resin, asphalt or a similar material is dusted onto the plate. Next the plate is heated and as a result the applied dusty coat adheres to the metal and is acid-resistant. Acid is spread over the plate and bites into the tiny holes left in the coating. These aquatints were printed from spit-bitten steel plates by Danie Mellor. Avril Quaill, Associate Curator, Indigenous Australian Art, Feb. 2004. 1. Ewington, Julie. 'Fiona Foley: Pir'ri - mangrove'. QAG, Brisbane, 2001, p.4. 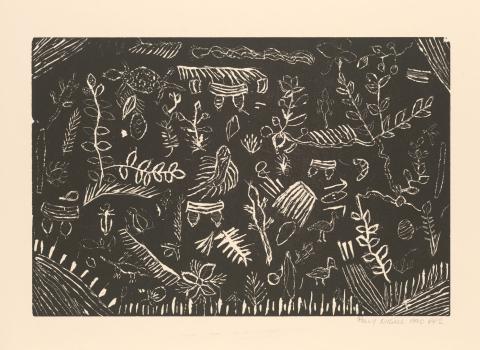 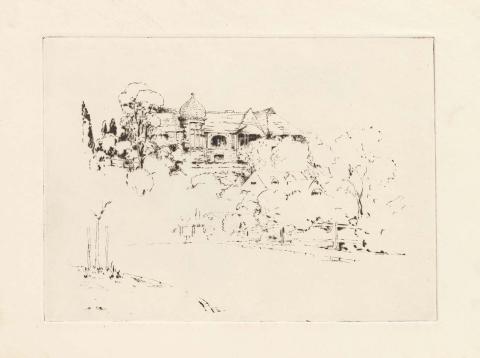 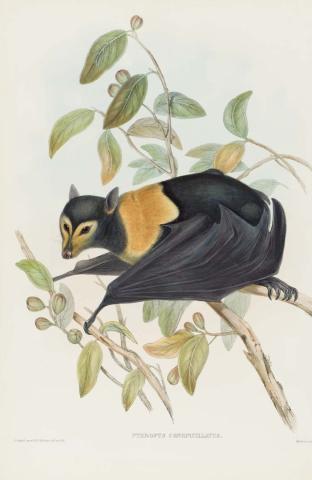 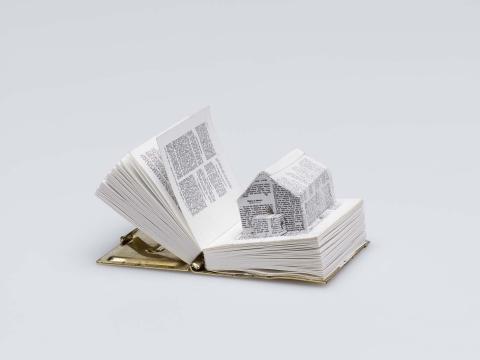 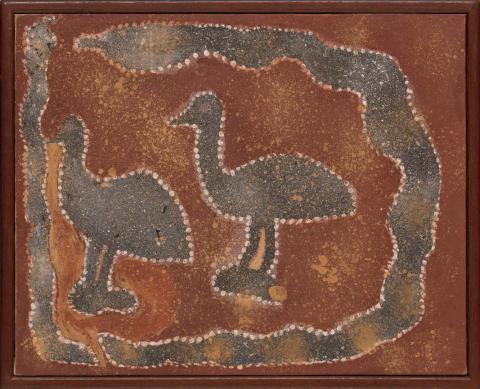 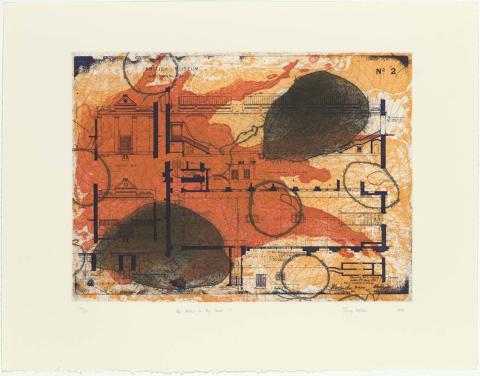