Newili is of the Marri Ammu language group of the Wadeye (Port Keats) region in the Northern Territory. Wadeye (previously called Port Keats), is situated 350 kms south-west of Darwin on the coast of the Timor Sea. Newili was born around 1910 and was actively painting for audiences outside his community up until the late 1960s. In the late nineteenth and mid-twentieth centuries, great social and cultural changes were experienced by Indigenous people living in the Fitzmaurice River area. The Catholic mission at Port Keats was established in 1935. It became a centre for diverse groups who had migrated from the north and west after European exploration commenced in the 1870s, and mining started in the 1930s. At the same time a cultural battle was also being waged between opposing belief systems - the European Christian tradition and that bound by the Dreaming. After the 1870s the peoples of the region suffered under the impact of European mining and farming. Various groups moved to the early settlement which was established in 1935 by Father F.D. Docherty. The region was at this time considered dangerous to Europeans because of factional disputes and conflict between groups which often erupted into spear fights. A contemporary of Newili was the notorious warrior Nemarluk (c.1911-c.1942) who carried out a kind of guerrilla resistance against whites across the Northern Territory. Newili was also known by the names Charlie Brinken and Charlie Sylvester Barbi. He spoke both Marri Ammu and Murrinh Patha (the common language of Wadeye) and in his later years worked with the Wadeye Aboriginal Language Centre to record languages and oral histories.(1) Bark painting was introduced to the Indigenous people of the Port Keats region in the 1950s by missionaries. They advocated emulating the artefact production industry which had already become popular in Arnhem Land. Production appears to have diminished by the early 1970s. Prior to this, engraved and painted sacred wooden boards and stones were made showing similar designs to those used by Central Desert peoples. The bark paintings of this area are distinctive in the unusual palette of green, purple and pink colours, made by mixing together natural ochres and black manganese. Free-form figurative compositions of narrative imagery are characteristic of this region and period. This work is an important depiction of traditional life in a changing world. It shows a dancing ceremony at night. Six women are shown dancing with feathered strings to the right of the central and most important figure, the songman, who conducts proceedings. Six male performers are shown to the right of the songman wearing painted body designs. Some of the male dancers carry the hooked spears characteristic of the region. The second most important figure in the scene is the didgeridoo player, who is reclining on the ground next to the songman. Essay by Avril Quaill, Associate Curator, Indigenous Australian Art, Mar. 2004. Prepared from: Caruana, Wally. 'Aboriginal Art'. Thames & Hudson, London, 1993, pp.93-96. O'Ferrall, Michael Anthony. 'Keepers of the Secrets, Aboriginal Art from Arnhemland in the Collection of the Art Gallery of Western Australia'. Art Gallery of Western Australia, 1990, pp.19, 22, 24, 25. 1. Crocombe, Mark, email to Avril Quaill, 9 Mar. 2004, held in artist's file, QAG Library. 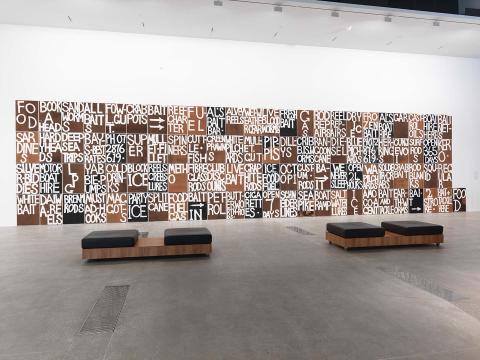 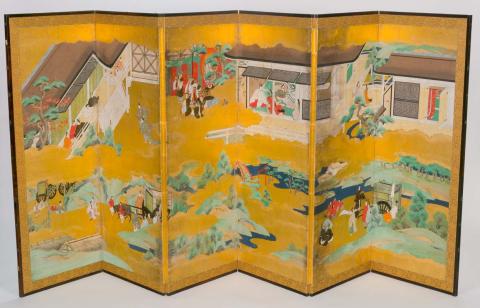 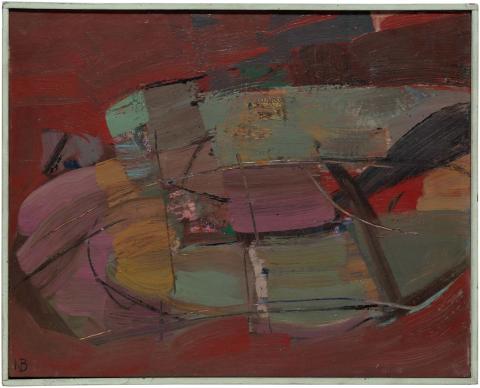 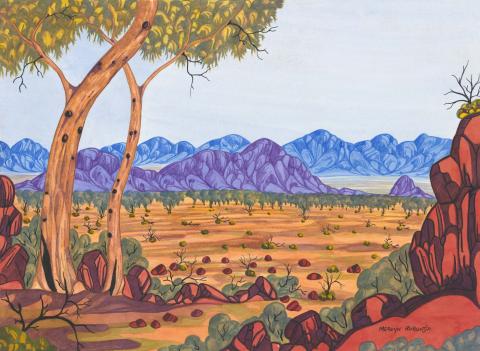