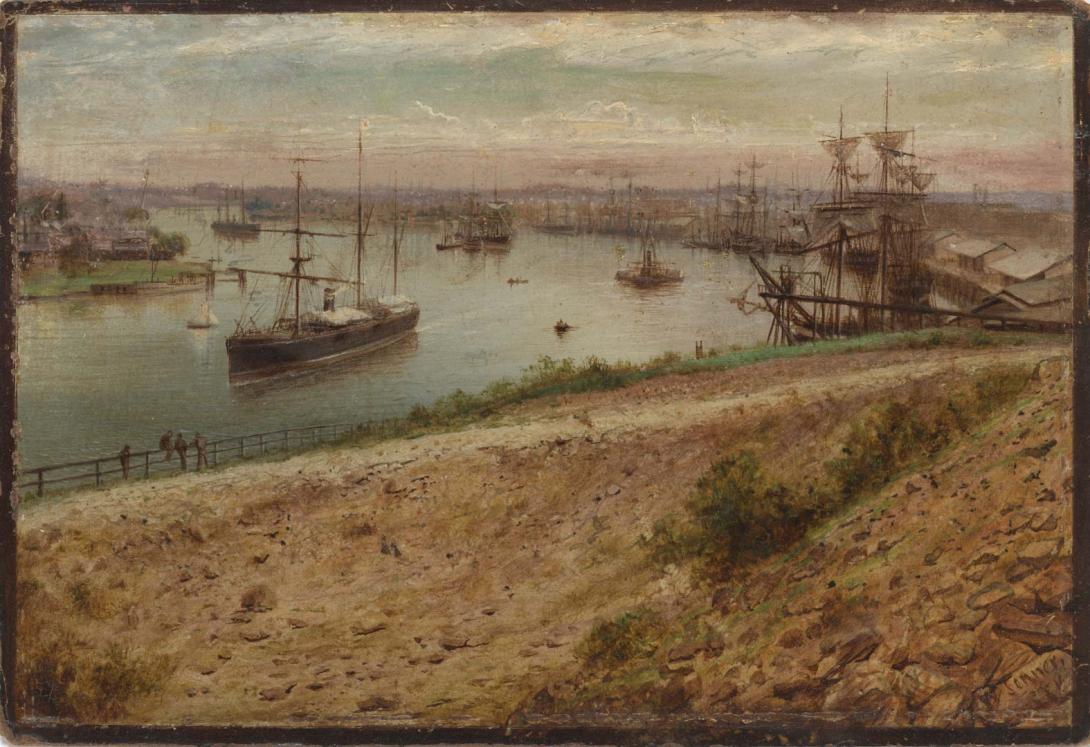 For biographical information see Acc. no. 1990.263.001 'Additional information'. Isaac Walter Jenner's 'Brisbane from Bowen Terrace, New Farm' is interesting not only in the quality and detail of the painting, especially of the rigging of the ships, which testify to his love and knowledge of the sea, but also for its depiction of early Brisbane. The main ship in the painting is the RMS Quetta, which was regularly used on the London-Brisbane ocean mail service. A photograph of a similar view appeared in a local paper in 1895. In 1890, two years after Jenner completed this painting, the RMS Quetta sank in Torres Strait. The comparison with how the area has changed is remarkable - the Story Bridge now dominates this same skyline, rather than ships' masts. Jenner has also used light and cloud effects to create a painting which is intimate, while still depicting the busy shipping lane Brisbane once was. Adhered to the verso of the work is an article from around 1988 describing the history of the RMS Quetta. It also included a photograph of the ship situated in the same area as Jenner's painting. Bronwyn Mahoney, Curatorial Assistant. 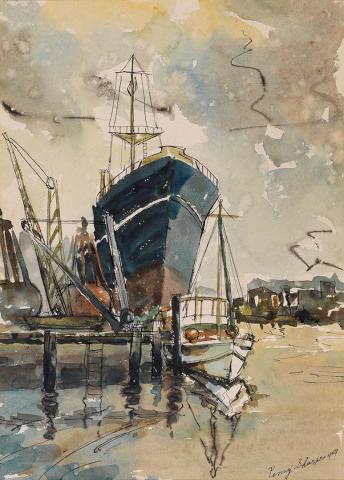 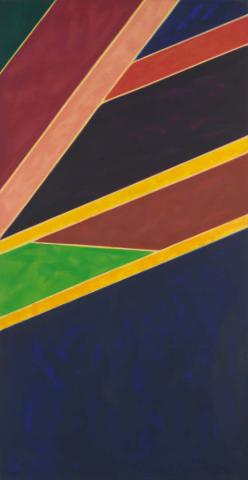 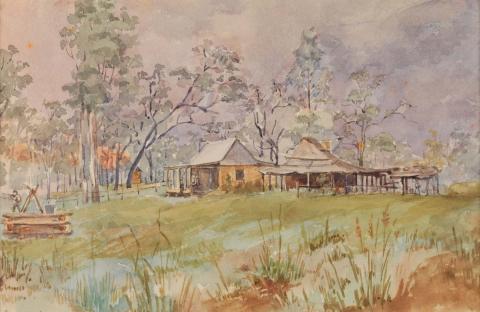 Sedgeford outstation on the Alpha run 1884 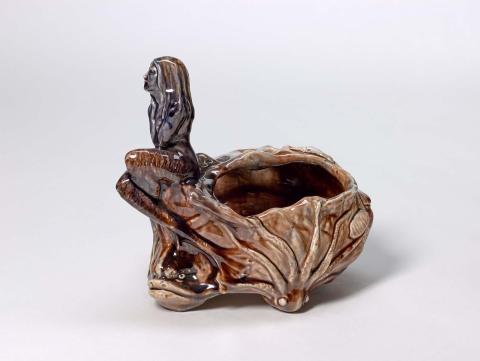 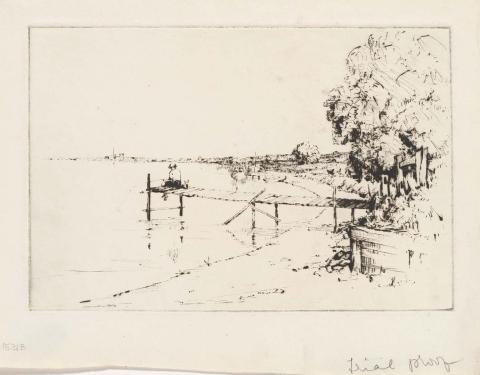