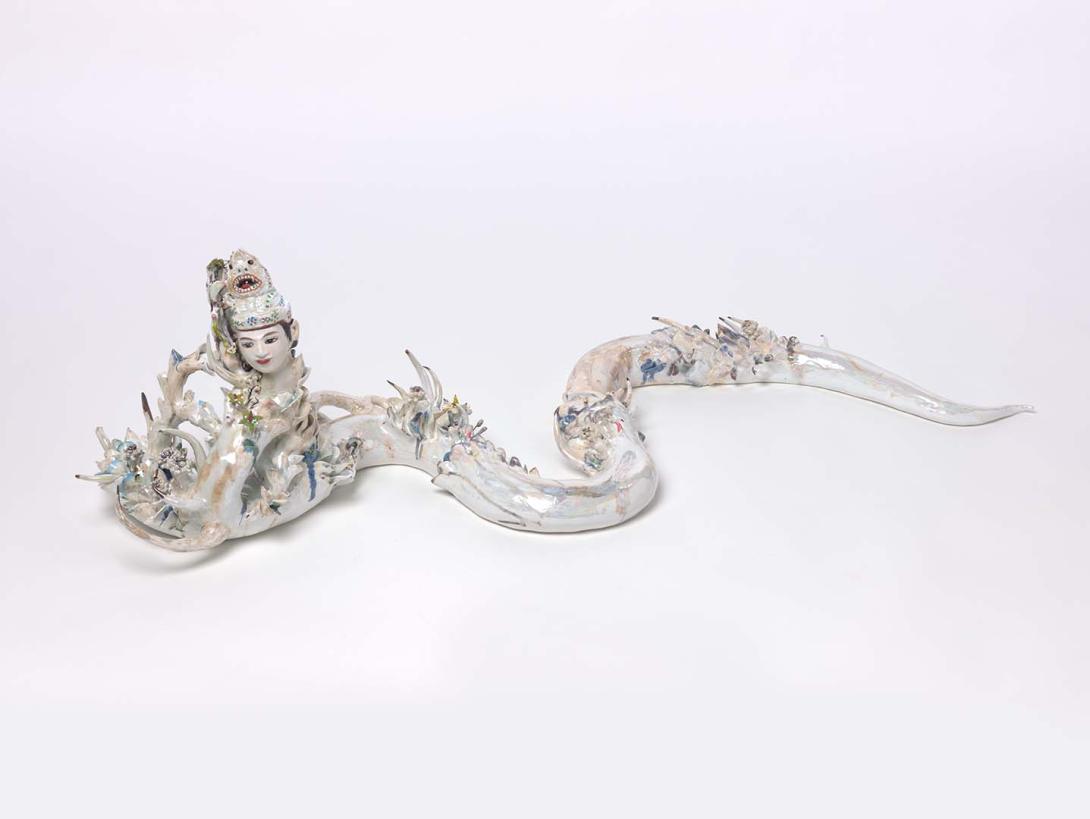 In Soe Yu Nwe's works, the female body is often fragmented and transformed into visceral, semi-botanical sculptures. They resemble vessels formed from tangled thorn bushes or skeletal rib cages, overgrown with weeds and flowers. In more recent works, spherical pagodas with pointed rooftops contribute to the growing number of symbolic references to Buddhism and the temples of Yangon.

The serpent is significant personally and symbolically, representing transformation and sexuality, and drawing on the folklore of her country. In Myanmar, the goddess of serpent dragons is Naga Mae-Daw, often venerated in the country’s numerous pagoda temples. Said to be of pre-Buddhist origin, she rules over magical spirits known as Nagas, transformative snake-like beings that live in rivers, lakes, oceans and in the bottom of wells.

Painted wooden idols representing gods, goddesses and mythical beings; pagoda temples; marionettes; the heart-shaped leaves of the Bodhi tree; and ‘spirit houses’ — shrines built to placate the spirits of trees, forests and mountains that have been disrupted by human habitation — all inspire her practice.

Soe Yu Nwe draws on the folklore and vernacular arts of her native country, as well as Buddhist and animistic practices. Growing up in Yangon, she completed her formal education in the United States, and in 2016 returned to Myanmar where she established a studio. Working with clay allows her to express her feelings of disconnection when away from home, and to explore elements of her culture and heritage. 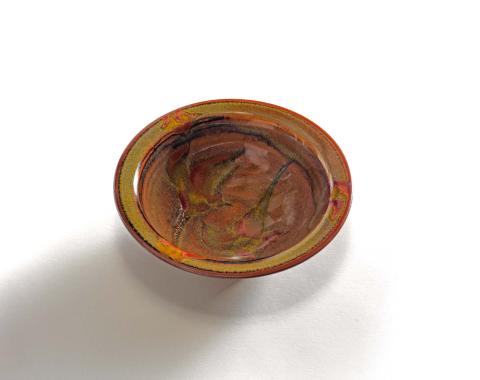 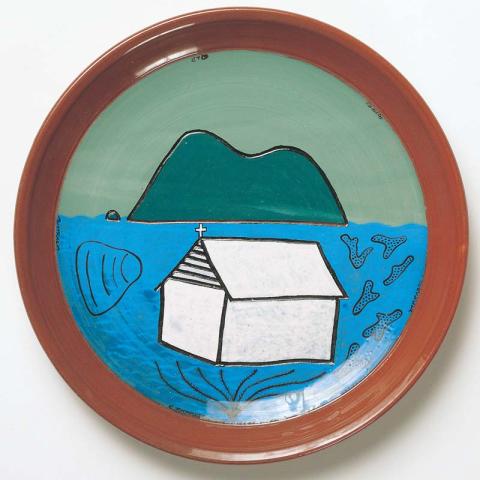 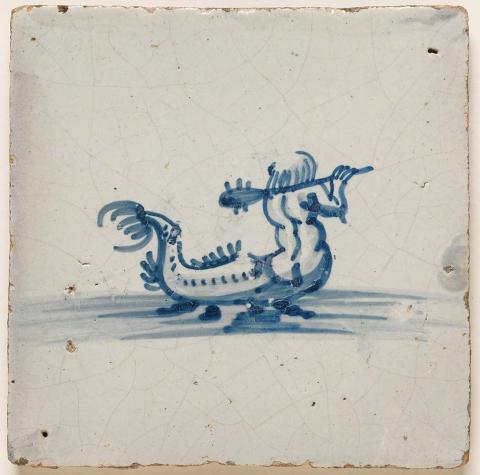 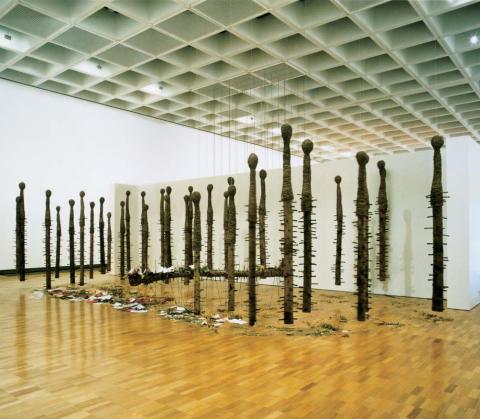 For those who have been killed 1992 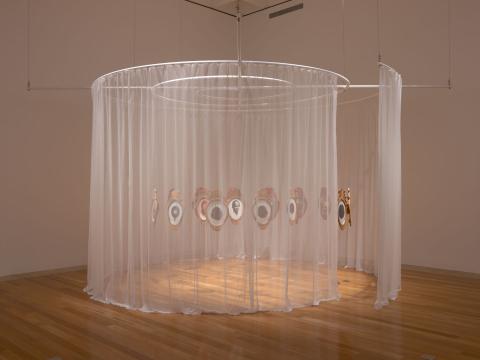