For biographical information see Acc. no. 2003.172 'Additional information'. These seven prints (Acc. 2008.032-038) were executed by Ed Ruscha at Crown Point Press, San Francisco. Founded in 1962 with its first published prints in 1965, Crown Point Press's emergence as one of America's pre-eminent art print studios took place alongside the development of performance, installation and conceptual art. The press distinguished itself by adapting traditional fine art printmaking techniques for artists working in these new fields of art production. Printmaking has been a central component of Ruscha's practice since the early 1960s and these seven prints, which together comprised the 2006 exhibition 'Signs + streets + streets + signs', are the artist's sixth project with the Crown Point Press. Signs are among the most prominent subjects in Ruscha's oeuvre - many of his works have appropriated the bold graphic style of advertising signage while others (including these prints) demonstrate an interest in the architecture of signs - from simple sheets of metal nailed on a timber pole to large billboards with complex support structures. The first print executed in this body of work, 'Desert gravure', derives from a photograph Ruscha took during one of his many road trips between Los Angeles and the Californian desert. The photograph depicts a classic black and white desert scene complete with windblown shrubs and the faint impression of a mountain in the distance. Centred in the mid-ground of the image is a 'Danger - No Trespassing' sign whose text has been scratched out by Ruscha directly on the negative. Significantly, the erasure or censoring of text is a reoccurring motif in Ruscha's work. With this image as a point of departure for the subsequent six prints, the body of work focuses our attention on the architectural qualities of signs over and above their intended function to convey particular messages. Ruscha has commented that he considers signs as part of the 'architectural landscape' of the city. Where 'Desert gravure' and 'Your space gravure' have photographic sources, the five other prints derive from drawings by the artist depicting archetypal signs that populate cities all over the world but particularly the artist's home of Los Angeles. Biographical details: Born in 1937 in Omaha, Nebraska, Ed Ruscha moved to Los Angeles, California, in 1956 from Oklahoma, where his family had moved in 1942. He currently lives and works in Venice, California. Ruscha attended the Chouinard Art Institute, Los Angeles, from 1956 to 1960 where Robert Irwin was one of his teachers. Since his first show at the Ferus Gallery, Los Angeles, in 1963, Ruscha has held over 100 solo exhibitions in the United States, Canada, Europe and Japan. Nicholas Chambers, Curator (Contemporary International Art), December 2007.

Ruscha works with paint, printmaking and drawing, and pioneered some of the first artists' books in the United States. Since his first exhibition in Los Angeles in 1963, Ruscha has played with text and images to explore the peculiarities of vernacular language, graphics and typography; in his hands, words become forms and images become words. The graphic visual environment of Los Angeles and Southern California, with its advertising hoardings and architecture of neon signage, provides Ruscha with ongoing source material.

The prints City space, Your space #1 (Acc. no. 2008.035), Your space #2 (Acc. no. 2008.036) and Your space on building (Acc. no. 2008.038) are based on drawings and adopt familiar sign and billboard forms but are conspicuously vacant, drawing attention to the structural qualities of 'billboard' signs in the landscape and their increasing obsolescence in this digital age. In his work of the past two decades, signs and text have appeared as monuments in urban, desert and mountain landscapes and as aphorisms, puns and paradoxical comments in paintings and prints. In recent years, Ruscha's work has been increasingly occupied with ideas of vacancy, voids and emptiness, evident in these prints in which he exploits the unique qualities of the aquatint process to draw attention to these empty surfaces. 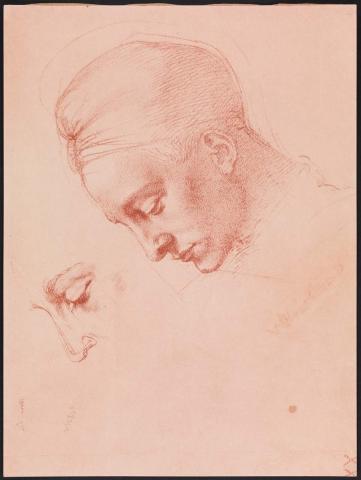 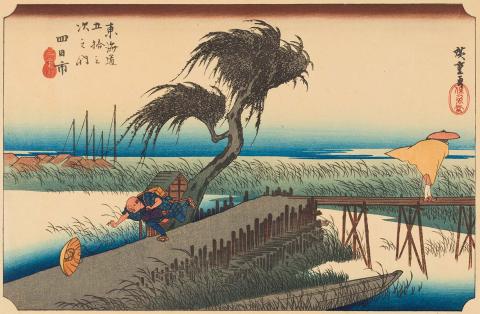 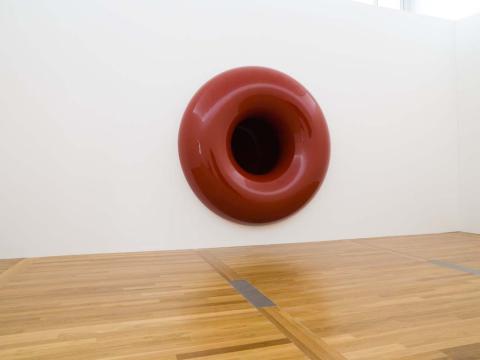 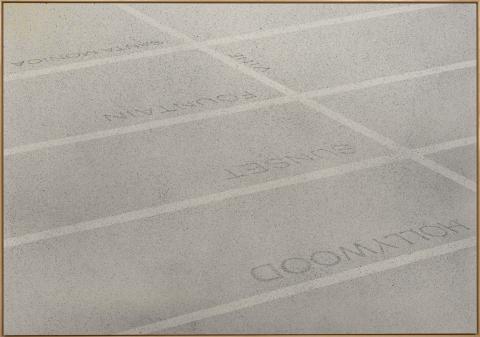