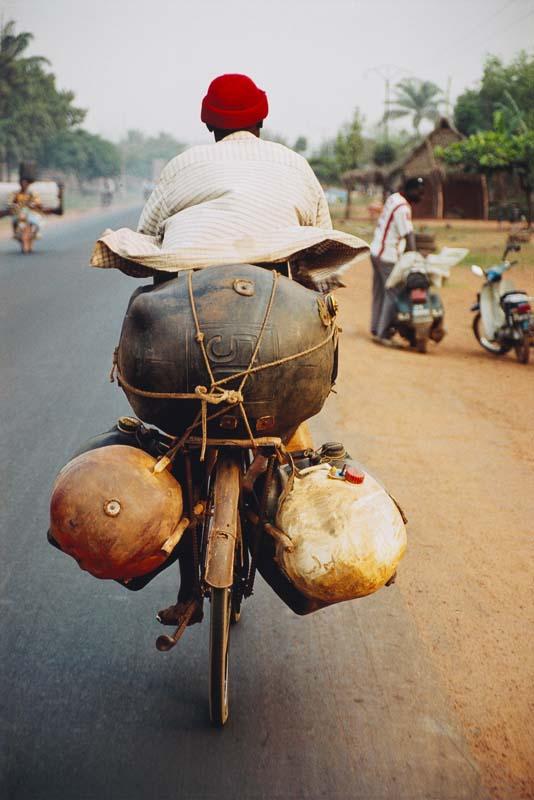 Note: acute over e in Hazoume in 'Surname' and 'Exhibition history'.

The photographic works Avion de Terre and La Roulotte by Romuald Hazoume document a ubiquitous scene in Porto Novo and other Beninese cities: plastic jerry cans hanging precariously on motorcycles and bicycles used to transport black market petrol from the Nigerian border. Often weakened from being expanded over flames to increase their capacities, the jerry cans are transported in gigantic clusters on motorbikes and bicycles, often dwarfing the driver, and sometimes resulting in tragic accidents. A crucial yet expendable unit in a system of trade and worked to breaking point, the jerry cans can be read as a symbol of economic slavery. In his choice of materials, the artist underlines the ongoing economic exploitation and ecological devastation by multinational oil companies, and the structures of resistance that have sprung up around this. 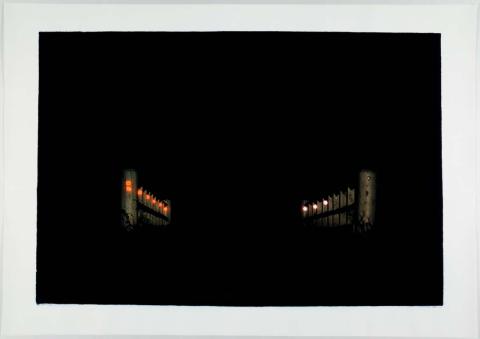 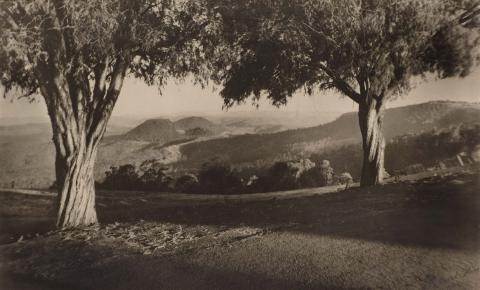 The opposite product, Burleigh (from 'Journeys north' portfolio) 1986-87 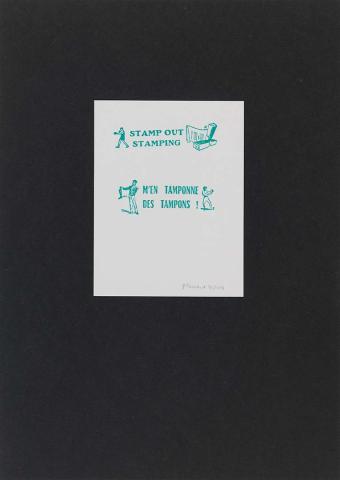 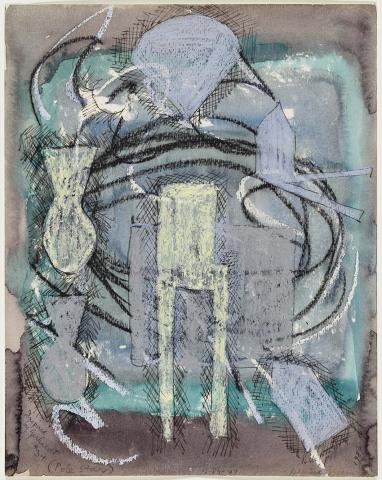 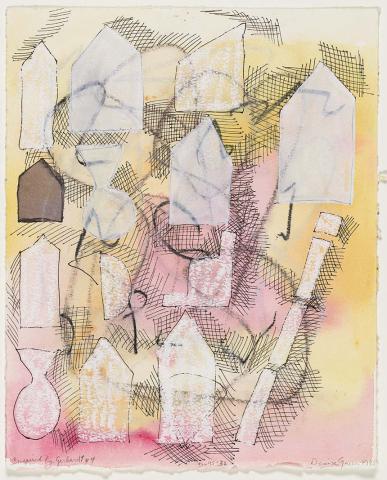