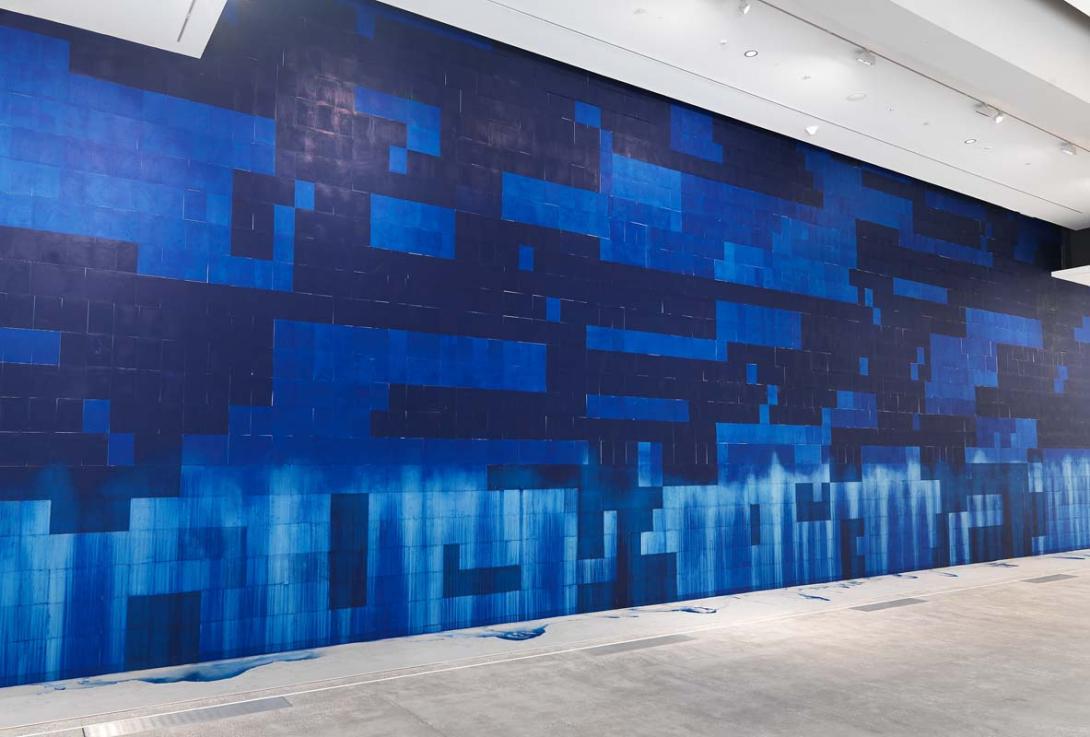 Latifa Echakhch draws on objects and motifs relating to her Moroccan heritage and to European and United States postwar art - minimalist art and colour field painting from the 1960s in particular. Echakhch's installations give presence to the language of politics and protest through a range of materials while also exploring how the treatment of an exhibition space can refer to forms of political expression.

A chaque stencil une revolution (For each stencil a revolution) 2007 derives its name from a quote from Yasser Arafat (1929-2004), the first president of the Palestinian National Authority who dedicated his life to negotiating Palestinian self-determination. The citation here also clearly refers to the strikes, human rights demonstrations and war protests of the 1960s, particularly the student riots of May 1968 in France and anti-Vietnam War protests globally, for which carbon paper and stencil machines were used to reproduce political flyers. The simultaneous resonance of European and US postwar art in Echakhch's work, especially with the blue monochromes of Yves Klein, underlines a disjuncture between the political claims of abstraction and the radical politics in the 1950s and 1960s. The work is completed when alcohol is poured down its dark blue surface, creating variations in the shade and texture of the carbon paper and causing the pigment to bleed and pool on the gallery floor. With this gesture, Echakhch shows the carbon paper's rhetorical power drained; the work stands as an eerie monument to revolutions past.

Born in Morocco and raised and educated in France, Latifa Echakhch draws on objects and motifs relating to her Moroccan heritage as well as from her experience of European and North American post-war… 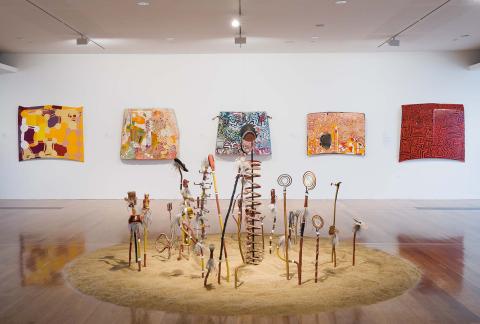 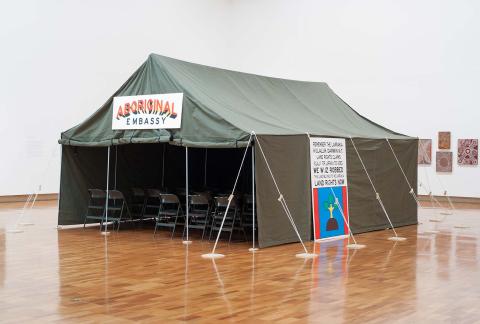 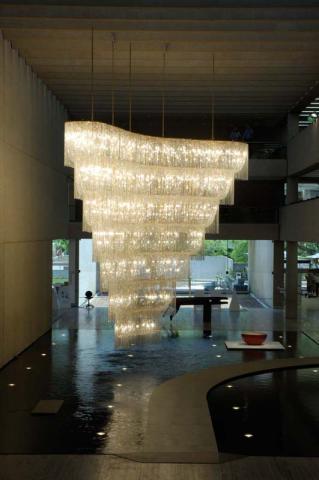 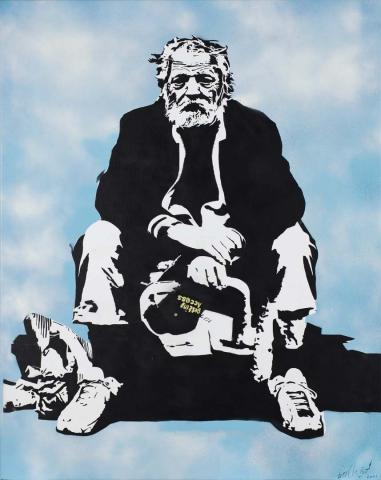