Eastern Kunwinjku country straddles the boundary between western and central Arnhem Land. For the artists living there, images in the caves and open rock art galleries are a constant source of education and inspiration, particularly the dynamic Mimih, a frequently recurring image. Mimih spirits are said to have depicted themselves in rock pictures in true-to-life scenes of hunting, ritual and domestic life — often with realistic depictions of local plants, animals and sea creatures.

Ngalyod (Rainbow Serpent) is the most important ancestral being here. Regarded as the ‘mother’ of all the easter Kunwinjku clans, Ngalyod embodies male and female and can have crocodile and kangaroo heads, turtle shells, human body parts or the horns of the introduced water buffalo.

In the mid-1980s, eastern Kunwinjku realistic imagery was increasingly subsumed within fine cross-hatched patterns of rarrk (clan designs carrying ancestral power). Two of the most successful of this school are the brothers John Mawurndjul b.1952 and James Iyuna (1959–2016). An appreciative public gave impetus to this movement – valuing the work for its convergence with Western minimalist aesthetics – and Mawurndjul gained international fame.

Iyuna’s Namorrgon 1992 in ‘Transitions’ — its title meaning ‘lightning’ — is an energy-releasing spirit to be feared and respected and Mawurndjul’s Mardayin and wongkurr (Sacred objects and dilly bags) 1994 depicts sacred objects and baskets, their power veiled by the cross-hatching. 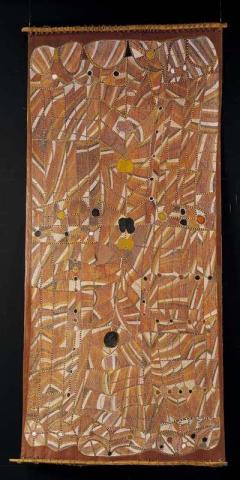 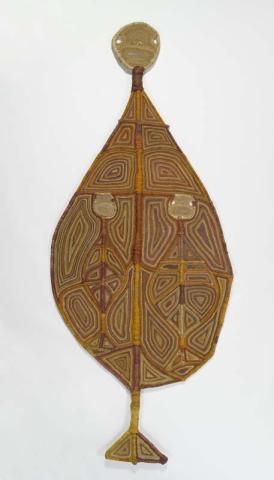 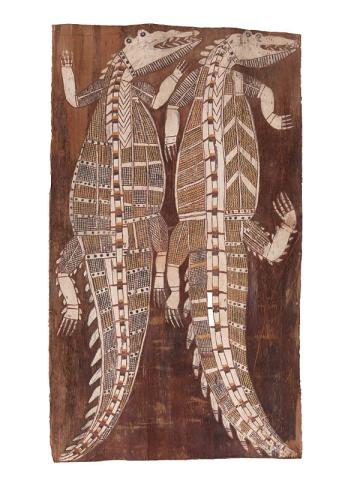 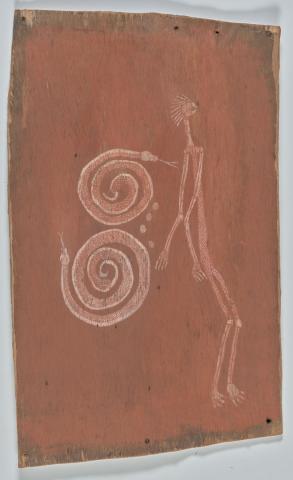 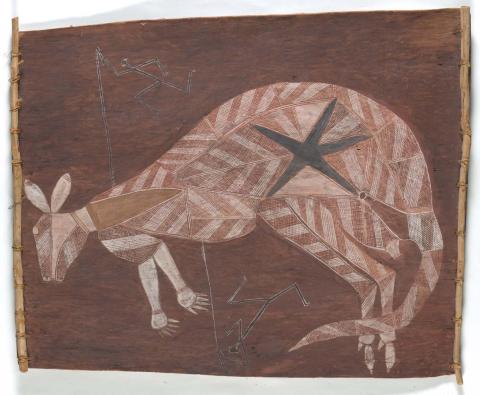 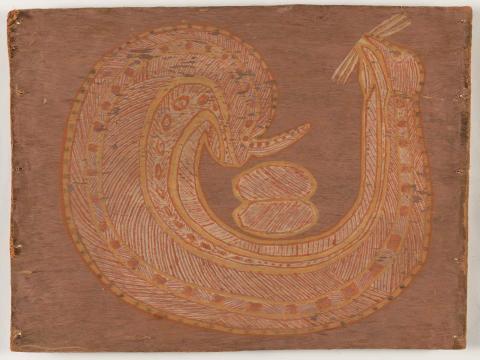