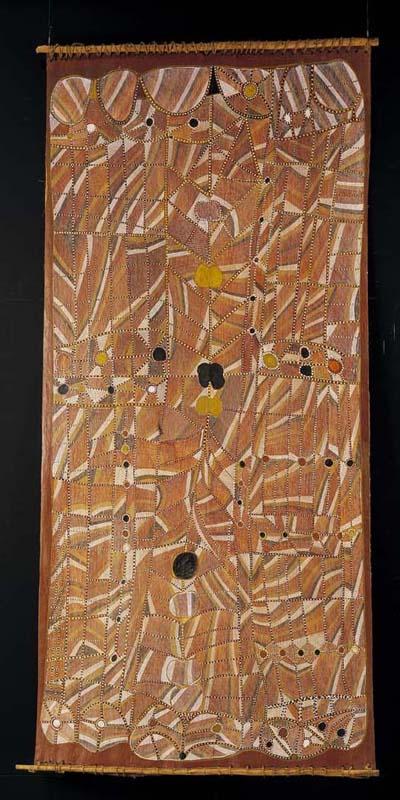 John Mawurndjul was born at Mumeka in the Northern Territory, an important site for his people, the Eastern Kuninjku of the Kurulk clan. After an informal apprenticeship in bark painting, Mawurndjul developed a unique artistic style.

Though his art stems from the rock painting tradition of the region, Mawurndjul has created a new genre with innovative themes and tapestry-like surface patterning. He has exhibited his work since the 1980s and is recognised both nationally and internationally.

Mardayin and Wongkurr (sacred objects and dilly bags) 1994 is a largely abstract painting in which contrasting blocks of cross-hatching are juxtaposed to express the power of the Mardayin ritual. Though this ancient ceremony is now rarely performed, it has special significance for Mawurndjul as it was his first initiation as a young man.

Images of ritual objects and woven bags are embedded in intricate rarrk (cross-hatched) patterns. These refer to esoteric subjects without revealing their sacred meanings. 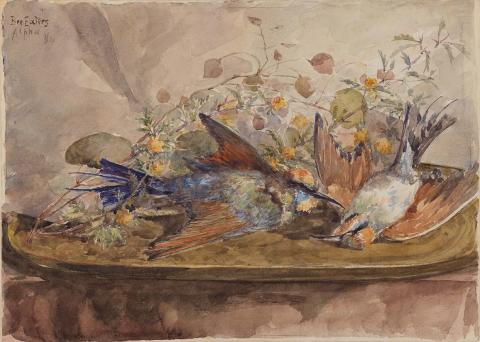 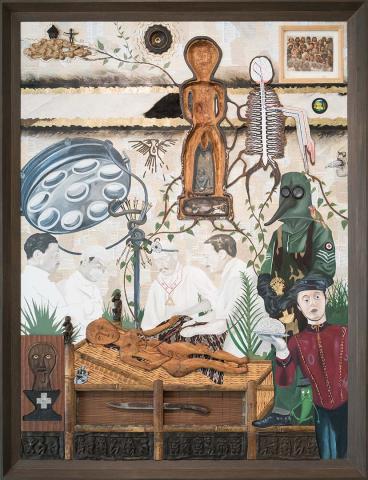 Revisiting his Ego's grave (a conversation with Roberto Villanueva) 2018 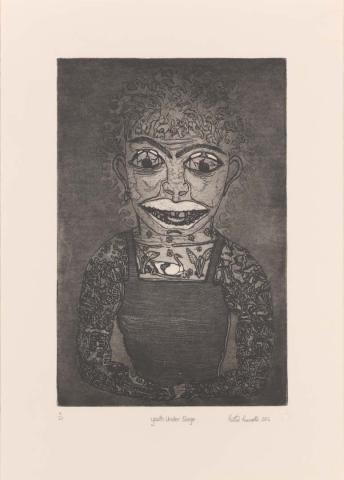 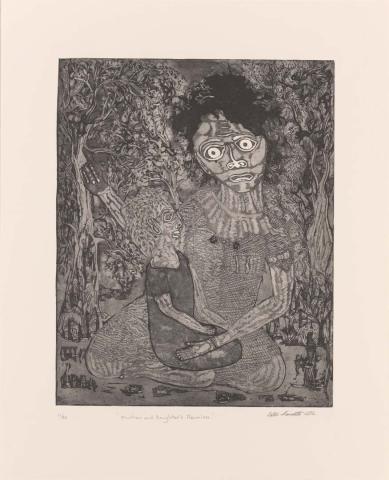